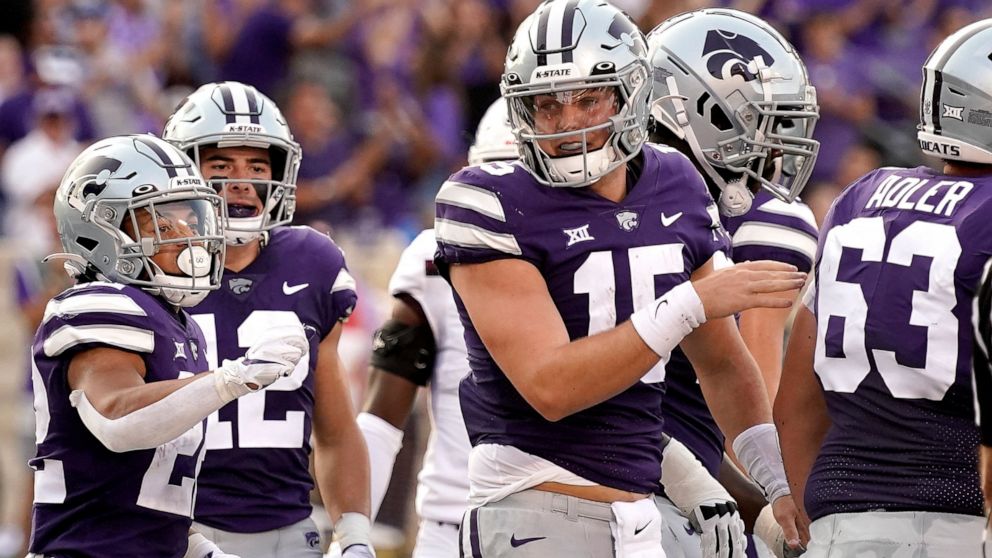 The Wildcats defense forced a fumble on Southern Illinois’ following possession to seal it. The Wildcats held the Salukis scoreless in the second half and surrendered just 126 yards.

Kansas State starting quarterback Skylar Thompson left the game in the first quarter due to injury. Thompson appeared to suffer a non-contact injury in attempting to block for running back Vaughn.

Thompson missed all but three games last year due to an injury to his throwing shoulder that required surgery. Thompson made his 32nd start at quarterback as a Wildcat, which tied him for most in school history.

Vaughn ran for 120 yards and three touchdowns while Malik Knowles had 112 receiving yards for Kansas State (2-0). Will Howard went 8-for-17 passing for 76 yards with a rushing touchdown and an interception.

Kansas State’s offense stalled absent Thompson. What was a 21-3 Wildcat lead in the first half turned into a 23-21 deficit by halftime. The Wildcats had three straight possessions with a turnover and finished with four total.

Southern Illinois: The Salukis saw an opportunity to exploit the Wildcats without Thompson and nearly pulled the upset.

Kansas State: It will need to work on its offense, but without Thompson, time will tell if it gets any better against better opponents.

Denial of responsibility! NewsConcerns is an automatic aggregator of the all world’s media. In each content, the hyperlink to the primary source is specified. All trademarks belong to their rightful owners, all materials to their authors. If you are the owner of the content and do not want us to publish your materials, please contact us by email – [email protected]. The content will be deleted within 24 hours.
Athlete healthAthlete injuriesBig 12 Conference footballCollege footballCollege sportsDeuce VaughnFootballkansas
0
Share

A Chicago woman’s home-raised monarch butterfly makes it to central Mexico, 2,000 miles away