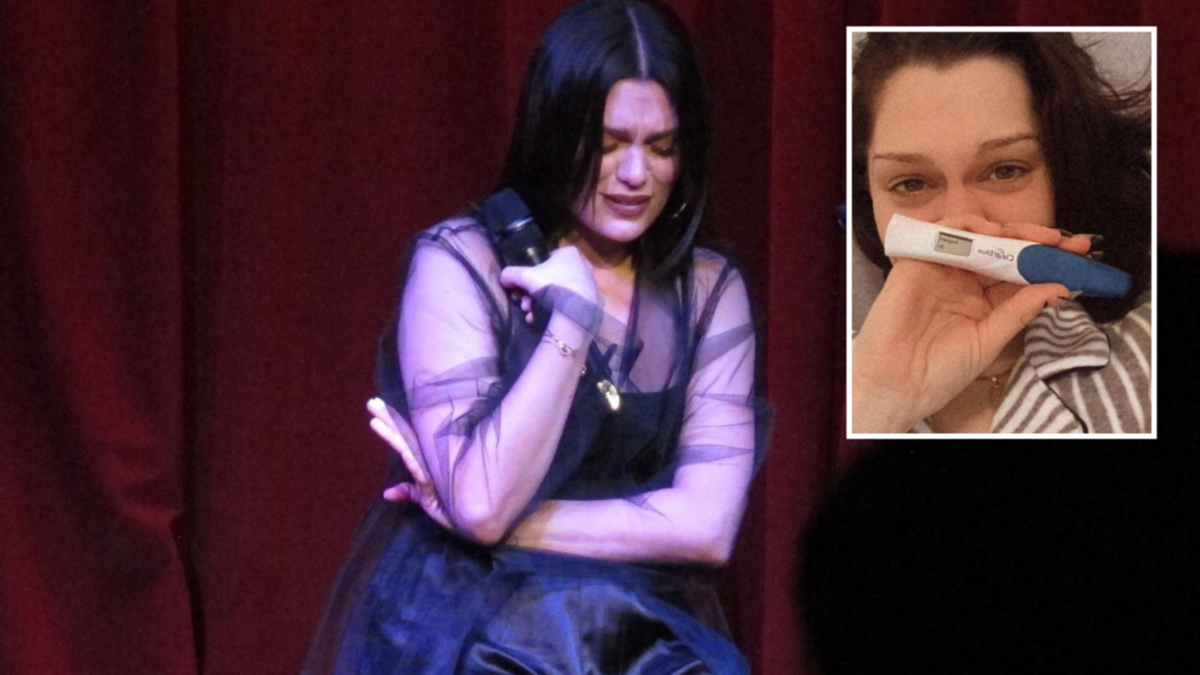 Singer Jessie J delivered a tearful performance at The Hotel Cafe in Los Angeles, a day after she announced to Instagram that she had suffered a miscarriage.

“I decided to have a baby by myself, and by a miracle, it worked for a little while. And yesterday, yeah yesterday was f****** shit,” Jessie said to the audience between songs.

“But this year has been hands down the hardest year that I’ve ever had to get through.

“You know, December last year I lost my hearing and got diagnosed with Meniere’s which I’m sure some of you probably have, well maybe you don’t and it’s just me.

“And then I lost my baby.

“And I know I’m going to be okay because there is really nothing else to choose in the way I live.

But I wanted to be here tonight because the one thing I believe in the most in the whole entire universe, beyond surface conversations and the internet is being human.

“Okay, and being vulnerable and being real. And I’ve never felt more alone than I have in the past week, but I don’t feel alone now,” she said between tears.

The Bang Bang singer announced she had decided to have a baby on her own as it was ‘all [she] ever wanted’.

While at her third scan, the doctor told her the baby no longer had a heartbeat.

“I’m still in shock, the sadness is overwhelming,” the singer said.

In December 2020, Jessie shared with her Instagram followers her Meniere’s diagnosis, a disorder that affects the inner ear and causes dizzy spells, vertigo, and hearing loss.

“I woke up and felt like I was completely deaf in my right ear, couldn’t walk in a straight line,” Jessie said last year.

“I haven’t sung for so long and when I sing loud, it sounds like there’s someone trying to run out of my ear.”

Denial of responsibility! NewsConcerns is an automatic aggregator of the all world’s media. In each content, the hyperlink to the primary source is specified. All trademarks belong to their rightful owners, all materials to their authors. If you are the owner of the content and do not want us to publish your materials, please contact us by email – [email protected]. The content will be deleted within 24 hours.
CelebrityCelebrity GossipEntertainment
0
Share

Giving social support to others may boost your health — ScienceDaily