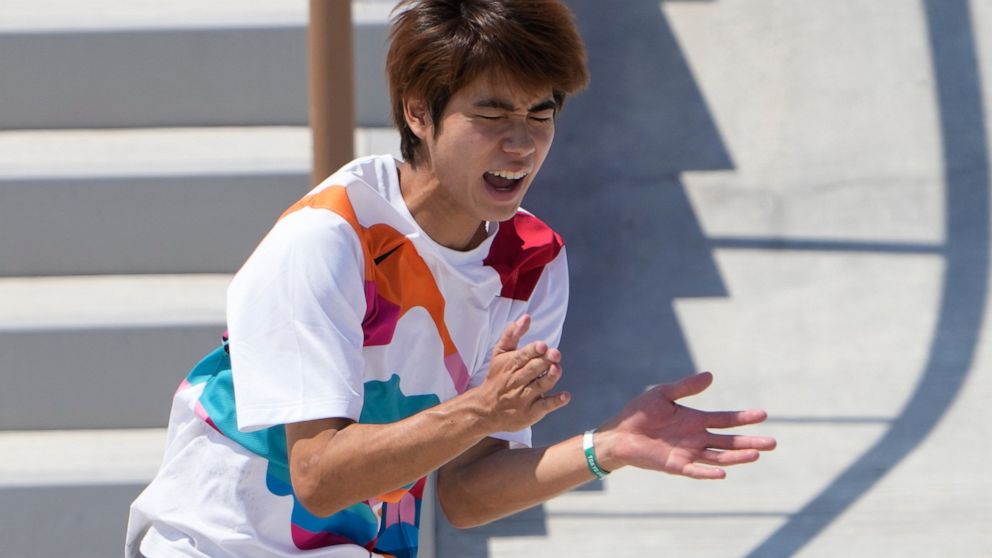 TOKYO — Yuto Horigome of Japan won the first ever skateboarding competition at the Olympic Games, taking gold in men’s street on Sunday in the city where he learned to skate as a kid and where his sport is often frowned upon.

The first skateboarding silver went to Brazilian Kelvin Hoefler, who used to sleep with his board when he first fell in love with skating as a young boy.

One of skateboarding’s biggest stars, Nyjah Huston of the U.S., fell repeatedly trying to land tricks and placed 7th in the eight-man final.

The Californian was among those who struggled with furnace-like conditions in the skatepark of rails, stairs, ledges and other street furniture that gives the event its name.

“Your feet starting burning up,” he said. “Your board like gets so hot that it kind of flexes more. That’s kind of why I fell on one of those tricks out there.”

Skateboarding’s Olympic debut delivered exactly what the Games’ organizers had hoped for: a high-adrenaline show of thrills and lots of spills from athletes plugged into younger audiences. Eaton celebrated his bronze by whipping his phone out of pocket and broadcasting live on Instagram.

While Huston melted down in the heat and pressure, Horigome was ice cool, executing the toughest tricks.

On his highest scoring stunt, the 22-year-old flipped the board from under him on takeoff and slid it down a jagged rail on its nose, a trick called a nollie 270 noseslide.

That earned a high-scoring 9.5. Horigome was the only skater in the final to score nothing but nines in all of his tricks that counted.

Denial of responsibility! NewsConcerns is an automatic aggregator of the all world’s media. In each content, the hyperlink to the primary source is specified. All trademarks belong to their rightful owners, all materials to their authors. If you are the owner of the content and do not want us to publish your materials, please contact us by email – [email protected]. The content will be deleted within 24 hours.
AsiaBrazil Olympic TeamEast AsiaFirst time eventsGeneral newsjapanJapan Olympic TeamNorth America
0
Share

Score Up to 75% Off During Universal Standard’s Sample Sale

chip: There is more to the chip shortage in auto industry than meets the eye

Flyers to let Claude Giroux have final say regarding trade