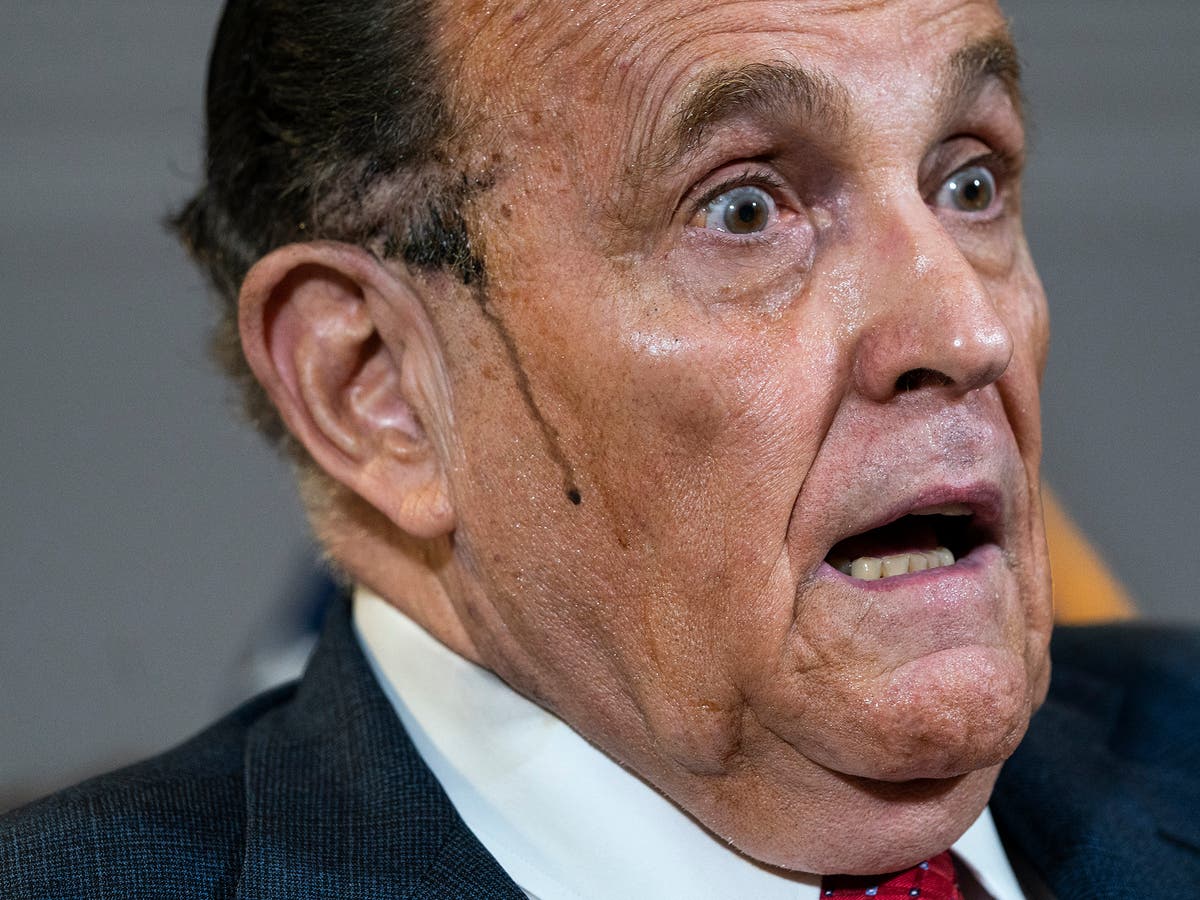 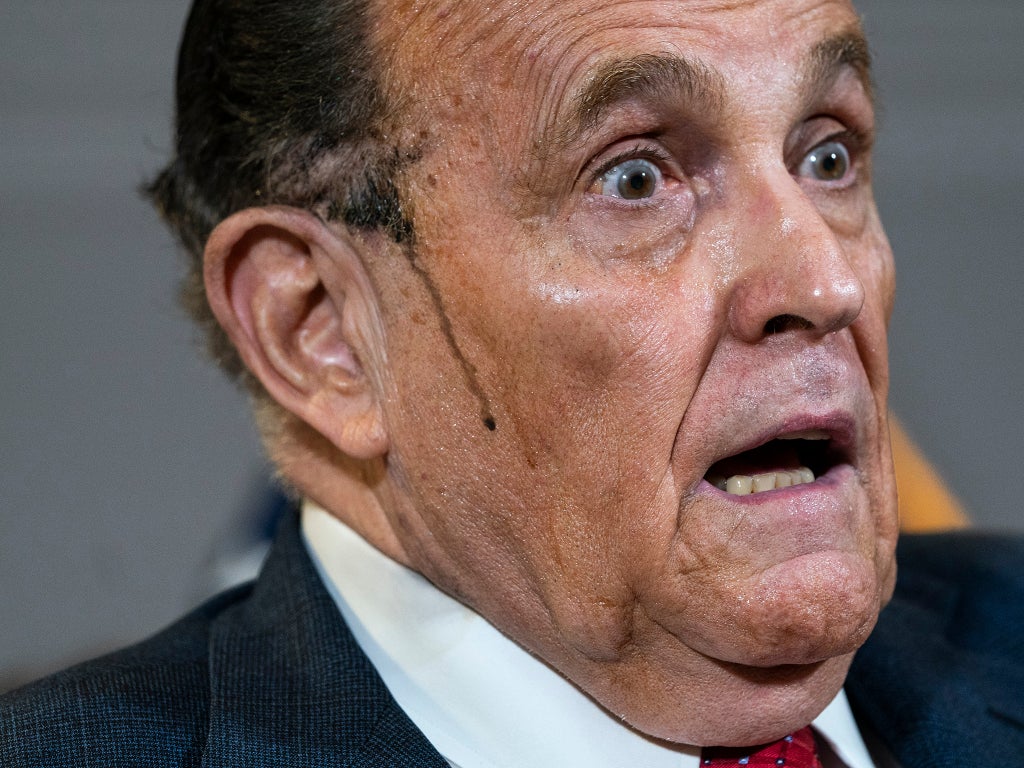 Select committee chairman Bennie Thompson on Tuesday announced that he had issued the subpoenas for records and deposition testimony to Mr Giuliani and Ms Powell, as well as former Trump campaign legal advisers Jenna Ellis and Boris Epshteyn. Each has been ordered to produce documents to the committee by 1 February and appear a week later to give evidence in person.

“The four individuals we’ve subpoenaed today advanced unsupported theories about election fraud, pushed efforts to overturn the election results, or were in direct contact with the former President about attempts to stop the counting of electoral votes,” Mr Thompson said in a statement. “We expect these individuals to join the nearly 400 witnesses who have spoken with the Select Committee as the committee works to get answers for the American people about the violent attack on our democracy”.

The subpoenas against the ex-Trump campaign advisers are the latest indication that the select committee’s investigation is delving deeper into Mr Trump’s inner circle as the nine-member panel moves closer to unveiling its’ findings in public hearings.

Each of the former president’s personal legal advisers had some level of involvement in efforts to overturn results of the 2020 election and install Mr Trump for a second term against the wishes of American voters — a project that began on election night when Mr Trump claimed that he had “won” the election despite having no evidence to back up his assertions.

All four attorneys were present at a bizarre press conference which the Trump campaign held at Republican National Committee headquarters on 19 November 2020, during which they made baseless allegations that the election — which Mr Trump lost — had been stolen via a byzantine conspiracy involving China, voting machine manufacturers, and long-dead Venezuelan dictator Hugo Chavez.

The former New York City mayor’s appearance there was notable not just for the outlandish accusations he made, but for the hair dye that streaked down his face as he spoke.

Mr Giuliani and Ms Powell were also involved in filing groundless lawsuits in swing states in which they sought to have those states’ electoral votes thrown out, and reportedly urged Mr Trump to order the Department of Homeland Security to seize voting machines despite having no authority to do so.

Ms Ellis, a journeyman ex-local prosecutor who joined up with the Trump campaign after being spotted defending the then-president on television, reportedly authored a memorandum which purported to lay out grounds for then-vice president Mike Pence to reject electoral vote certificates from swing states won by then-former Vice President Joe Biden in favour of forged electoral certificates submitted by self-styled Republican electors.

Mr Epshteyn is also alleged to have involvement in the campaign’s efforts to overturn the election by his participation in a “war room” at Washington’s Willard Hotel along with ex-White House chief strategist Steve Bannon and other Trump associates on 5 and 6 January, the day a pro-Trump mob stormed the Capitol in hopes of stopping Congress from certifying Mr Biden’s victory.

It’s unclear whether any of the ex-Trump advisers will cooperate with the investigation, though refusing to honour a committee subpoena has resulted in the House approving criminal contempt referrals for two witnesses — Mr Bannon and ex-White House chief of staff Mark Meadows.

While the referral against Mr Meadows is in the hands of the Department of Justice, Mr Bannon is set to face a District of Columbia jury for trial on contempt of Congress charges this summer.

Such a referral for criminal prosecution would be just the latest instance of negative consequences Mr Trump’s former associates have faced as a result of their push to overturn election results.

Mr Giuliani, who served as an Associate Attorney General in the Reagan administration and was once the top federal prosecutor in New York City, had his license to practice law suspended last summer after a panel of judges found that there was “uncontroverted evidence” that he had “communicated demonstrably false and misleading statements” in his capacity as Mr Trump’s personal attorney.

And Ms Powell, who rose to prominence in conservative circles as the lawyer for disgraced ex-Trump national security adviser Michael Flynn, was sanctioned and ordered to pay Michigan Governor Grechen Whitmer, Secretary of State Jocelyn Benson, and the city of Detroit, Michigan approximately $19,500 to reimburse them for legal fees incurred to fight a lawsuit which a Michigan federal judge called “a historic and profound abuse of the judicial process”.

Ms Powell and nine other lawyers involved in the case, which was purportedly meant to invalidate Michigan’s electoral votes, were also referred to their respective state bar associations for possible revocation of their licenses to practice law.

Both Mr Giuliani and Ms Powell are also facing possible bankruptcy from a bevy of defamation lawsuits filed against them by two voting machine manufacturers, Dominion Voting Systems and SmartMatic.