“It was like watching Kobe or MJ as a kid, like that’s how I felt when I was watching him in the playoffs” – Clint Parks talks about Kawhi Leonard in 2019 playoffs 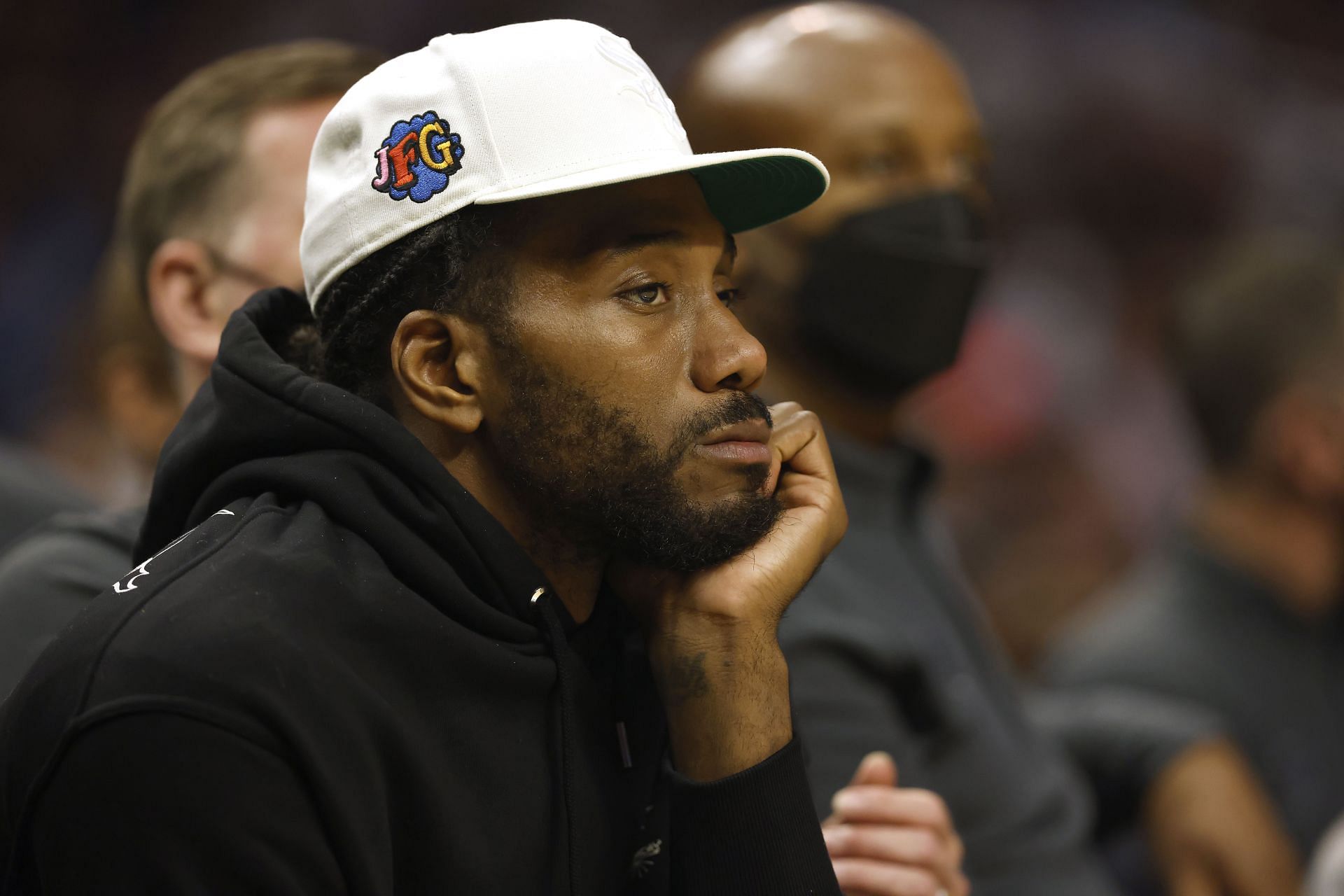 In The Athletic’s ranking of the best 75 NBA players for the league’s 75th anniversary season, LA Clippers forward Kawhi Leonard is number 34. One of his trainers, Clint Parks, was among those interviewed for a profile.

Leonard is deserving of his spot as one of the best 75 NBA players in history. (He also made the NBA’s list.)

Leonard got better every season on offense while always maintaining elite defense. He is a two-time NBA champion, winning the Finals MVP for both title runs. He is also a five-time All-Star, a five-time All-NBA selection and seven-time All-Defensive team member.

The height of his career so far has been when he led the Toronto Raptors to a championship against all odds. Parks, who was his trainer and coached him in high school, talked to The Athletic about Leonard’s incredible run in the 2019 playoffs.

“It was like watching Kobe or MJ as a kid,” Parks said. “Like, that’s how I felt when I was watching him in the playoffs. Especially against the Sixers. He couldn’t miss; it was nothing he couldn’t do. And then even watching him against the Bucks, after being down 2-0 and just watching him take Giannis’ heart.”

Leonard averaged 30.5 points, 9.1 rebounds, and 3.9 assists per game while shooting 49%. He hit an amazing buzzer-beater against the Philadelphia 76ers; beat Giannis Antetokounmpo, the 2019 MVP; and finally defeated the reigning champions in the Golden State Warriors.

The Raptors could not have won that title without Leonard. Not many players in NBA history could have done what he did.

Will Kawhi Leonard play this year?

Late in the playoffs last season, Kawhi Leonard tore his ACL and has yet to play for the Clippers this season. Leonard signed a contract extension in the offseason that will keep him in Los Angeles until at least 2024.

Kawhi Leonard getting up some shots at shootaround.

Kawhi Leonard getting up some shots at shootaround. https://t.co/TUPhTC00Q6

Leonard has been seen doing light workouts. He is ahead of schedule on his recovery, and the Clippers are optimistic he may be able to play this season.

It takes roughly eight months for an athlete to recover from ACL surgery, and his surgery was successful in July 2021. March 2022 will be about eight months, and that would leave him time to play during the regular season before the Clippers play their last game on April 10.

The Clippers (19-19) are tied for seventh place in the Western Conference. However, they will miss Paul George for some time. He was the lone star left on the roster. Their record could slide without both of their stars.

If the Clippers can make the playoffs, it makes sense for Leonard to return. The combo between him and George could help the Clippers become NBA Finals contenders.

Denial of responsibility! NewsConcerns is an automatic aggregator of the all world’s media. In each content, the hyperlink to the primary source is specified. All trademarks belong to their rightful owners, all materials to their authors. If you are the owner of the content and do not want us to publish your materials, please contact us by email – admin@newsconcerns.com. The content will be deleted within 24 hours.
BasketballFeatureGolden State WarriorsKawhi LeonardLos Angeles ClippersMilwaukee BucksNBA Injury UpdatesNBA News
0
Share

Despite brutal video, less than half of Republicans think Jan. 6 Capitol riot was ‘very violent’