Is Carmelo Anthony playing tonight against the Indiana Pacers? 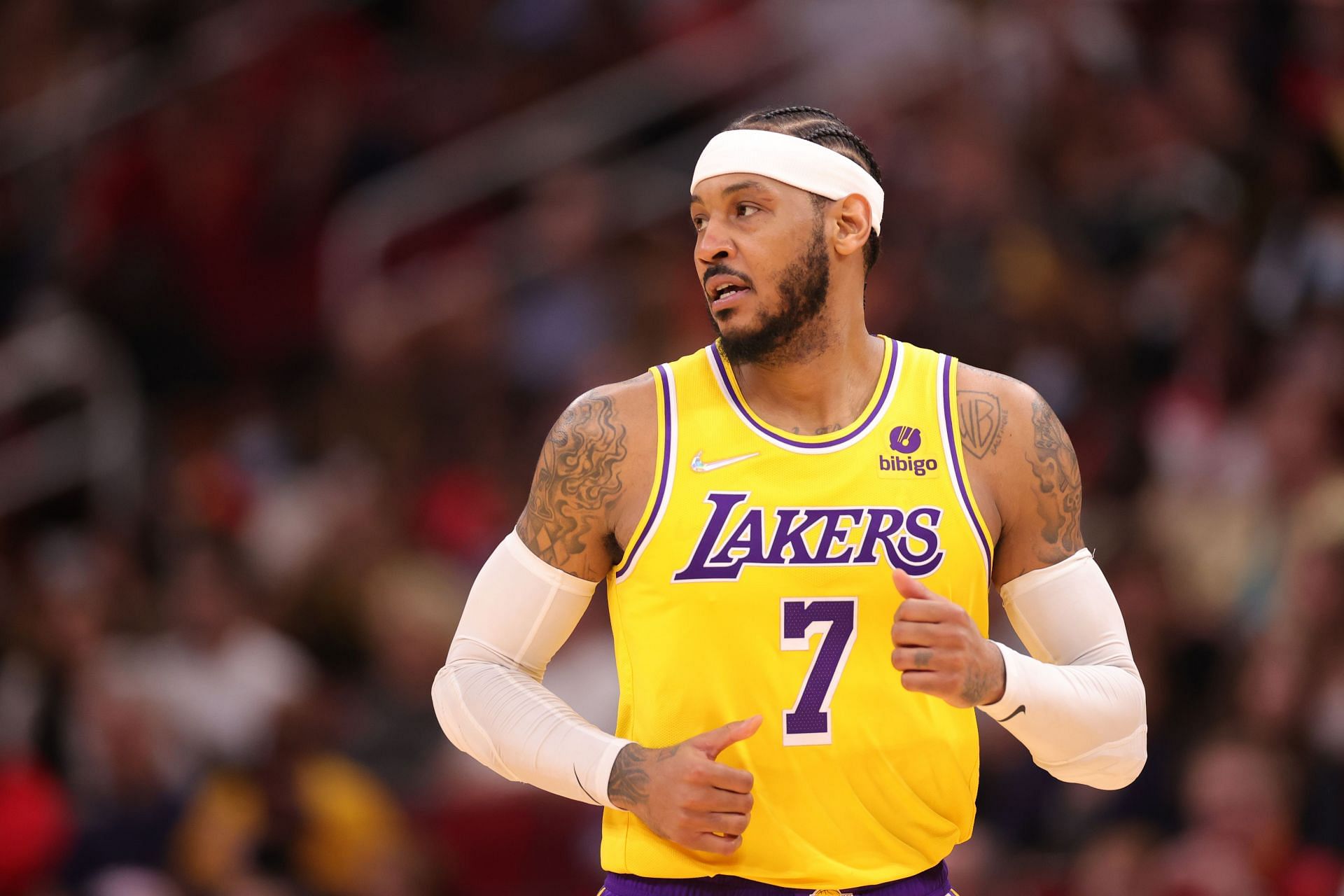 It has been an average season for Carmelo Anthony and the LA Lakers as they are yet to solidify their stance as championship contenders. More than halfway through the season, the Lakers have continued to flirt with the .500 mark, remaining in the middle of the pack.

A 22-22 record is less than ideal for the Lakers, who built a roster of elite-level scorers to help with their championship campaign. With Carmelo Anthony, a top-ten all-time scorer, they undoubtedly have a player that can impact games.

Although in his first season, Melo has been a decent provider for the Lakers, especially from deep. His three-point shooting has been a big boost for the team, including his effort on the defensive end. Though not an elite lockdown defender, he can be disruptive.

Tonight, the Lakers will host the Indiana Pacers, a team struggling for form with a 15-29 record and sits 13th in the Eastern Conference standings.

The Lakers have already beaten the Pacers once this season with a LeBron James takeover in the fourth quarter and overtime. It will undoubtedly be an intense matchup as the Pacers look to end their four-game skid, while the Lakers will also need all hands on deck to win their second consecutive game.

What is Carmelo Anthony’s status for tonight’s game against the Indiana Pacers?

According to the team’s official injury report, Anthony is listed as “questionable” with lower back tightness. Since the start of the season, Melo has played every game up until their outing against the Sacramento Kings on January 12.

Frank Vogel says Carmelo Anthony is out again tonight with the back injury. He’s considered day-to-day.

Frank Vogel says Carmelo Anthony is out again tonight with the back injury. He’s considered day-to-day.

Melo hurt his back in the game against the Memphis Grizzlies and has since been unavailable for selection. The Lakers’ last game against the Utah Jazz marked the third consecutive match Melo missed due to injury. His availability tonight is still in question, and head coach Frank Vogel is hopeful he can have him back in the fold as soon as possible.

When will Carmelo Anthony return?

There is no clear timeline for Melo’s return, but the good news is he is day-to-day. The medical team will continue to evaluate his recovery, with a return likely to happen sooner rather than later.

The first time Laker, who is in search of his first championship, joined his friend LeBron to achieve that. He will be eager to get back in the lineup and contribute to their quest to win the title.

How does Carmelo Anthony’s absence impact the LA Lakers?

Although Melo is not one of the Big 3, he is a significant contributor off the bench and has helped with their three-point scoring. So far this season, he is averaging 13.2 points, 4.1 rebounds, and 1.0 assists while shooting 38.8% from beyond the arc on 6.0 attempts per game.

Sportskeeda is now on apple news!

Denial of responsibility! NewsConcerns is an automatic aggregator of the all world’s media. In each content, the hyperlink to the primary source is specified. All trademarks belong to their rightful owners, all materials to their authors. If you are the owner of the content and do not want us to publish your materials, please contact us by email – admin@newsconcerns.com. The content will be deleted within 24 hours.
BasketballCarmelo AnthonyLos Angeles LakersNBA Injury UpdatesNBA NewsNBA Playerspreview
0
Share