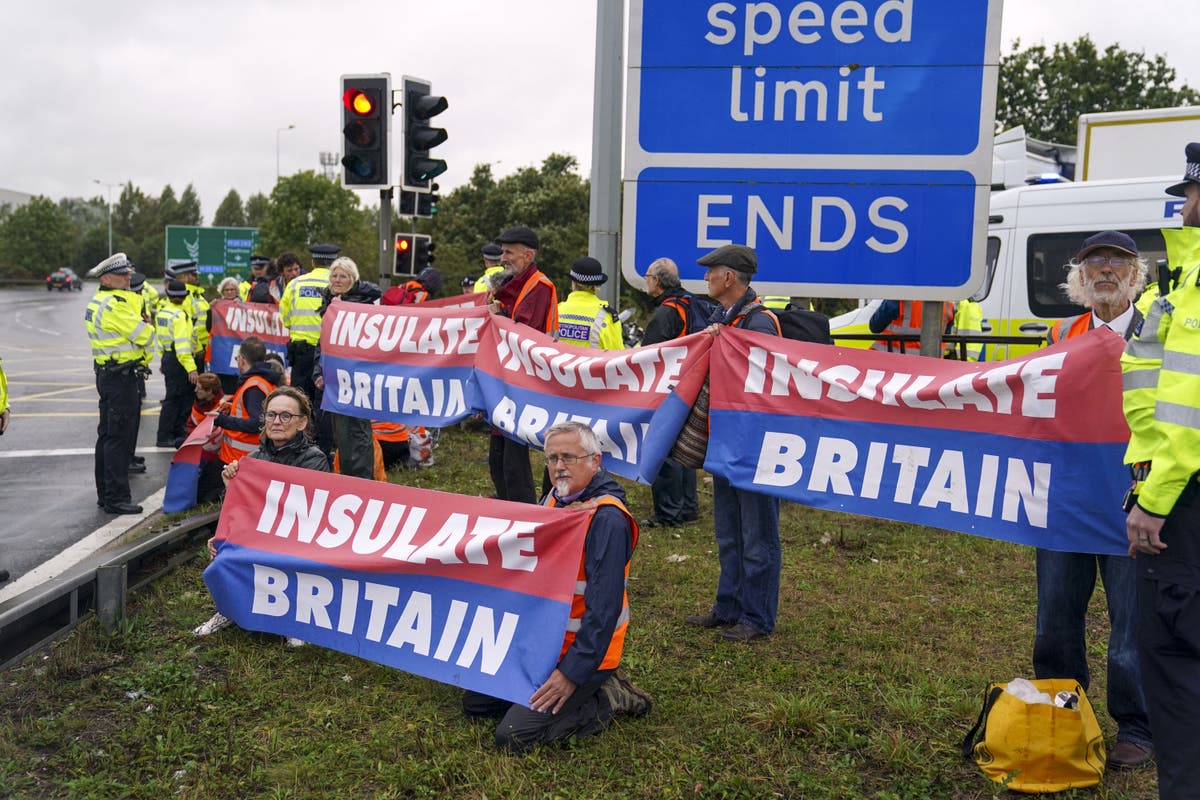 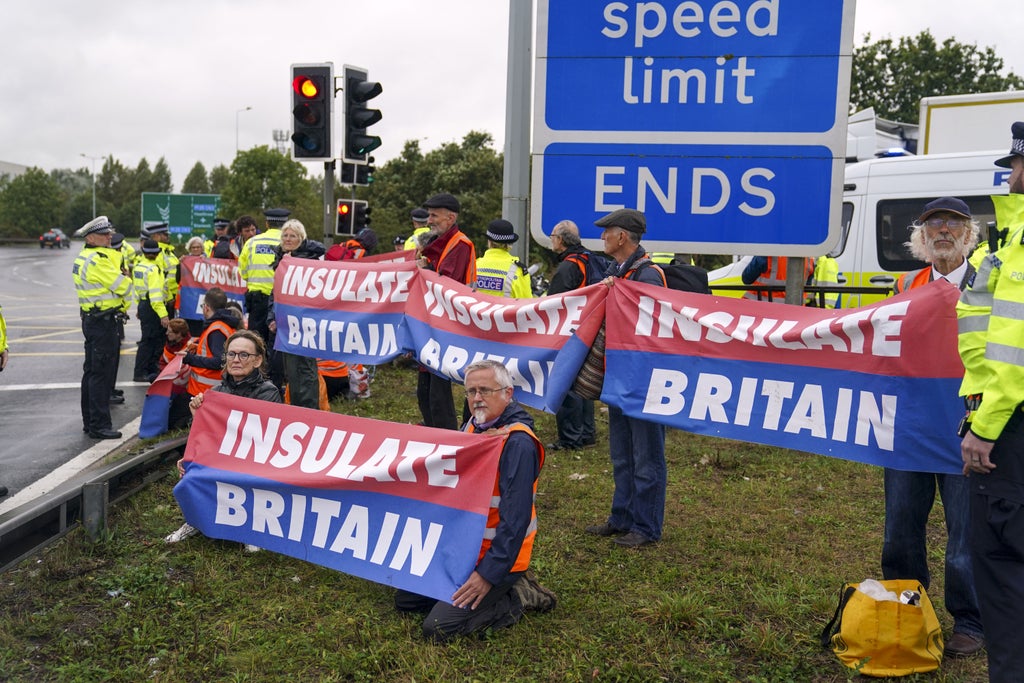 Climate group Insulate Britain has announced that it will suspend its “campaign of civil resistance” until 25 October.

The activists have written to Boris Johnson urging him to use the Cop26 summit to take action on climate change. The group urged him to “do the right thing, so we can be secure in the knowledge that our government did everything it could to protect and defend our country”.

In the letter, which activists tried and failed to deliver by hand to Downing Street, Insulate Britain protesters said they “would like to take this opportunity to profoundly acknowledge the disruption caused over the past five weeks”.

They added: “We cannot imagine undertaking such acts in normal circumstances. But the dire reality of our situation has to be faced.”

The activists have blocked roads on 14 days over the past five weeks in an attempt to draw attention to climate change, with angry drivers often confronting Insulate Britain members and attempting to drag them away.

Around 20 protesters blocked the junction of St Clements Way and London Road in Thurrock on Wednesday, leading to multiple confrontations as motorists tried to move them.

Insulate Britain wrote in the letter that it has decided to “suspend [the] campaign of civil resistance until Monday 25th October”.

Explaining its decision, it wrote: “In light of the speech you [Boris Johnson] made (to the UN on the 22nd September) in which you recognised that:

‘We are approaching that critical turning point – in less than two months – when we must show that we are capable of learning, and maturing, and finally taking responsibility for the destruction we are inflicting, not just upon our planet but ourselves’.

“We ask you to use this time to signal that you believe what you say.”

Transport for London has been granted a High Court injunction against the group to prevent members further obstructing traffic.

The injunctions, which apply to 14 locations in the capital, were extended on Tuesday, prompting protesters to burn their court orders outside the Royal Courts of Justice.

Siege of top-secret Area 51 began as a joke. Officials prepared to use deadly force…