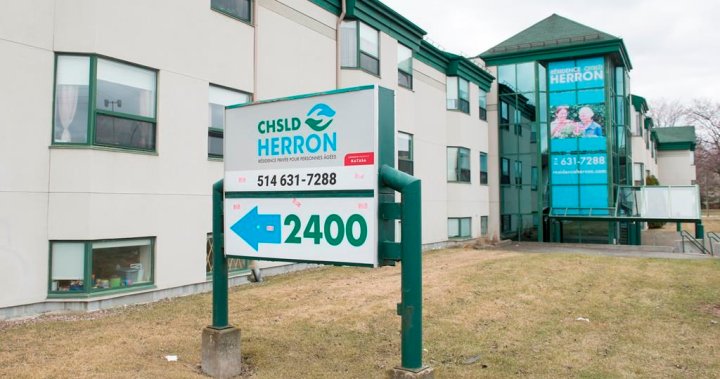 A coroner’s inquest into a suburban Montreal long-term care home where 47 people died during the pandemic’s first wave is hearing from a handful of witnesses this week before it concludes.

The inquiry into the Residence Herron was expected to finish in late September after hearing from the families of some of those who died.

But coroner Géhane Kamel elected to call additional witnesses this week because she said weeks of testimony had left her with too many unanswered questions.

The inquiry has heard that when health officials were called to help at the Dorval, Que., care home in late March 2020, they found patients in deplorable conditions.

But other witnesses have said health authorities did not move quickly enough to bring resources and help to the understaffed private care home, which has since closed.

Brigitte Auger, who was in charge of a program for seniors at the regional health authority, was sent to oversee Herron in late March. Testifying for the second time at the inquest, she said she didn’t include Herron’s owner, Samantha Chowieri, in discussions about care because she assumed the owner wasn’t involved in that level of decision-making, but she said she never consciously cut her out.


Auger, who was among the first health officials dispatched to Herron, said at the time there were nine outbreaks in the region and the health authority had received 129 requests for assistance. “It was very, very difficult,” she said, noting staff shortages were being felt everywhere.

“It’s clear that if I had had more employees, I would have sent more,” she added.

Part of the staffing issue was that many Herron employees weren’t showing up, and there were no clinical supervisors on-site to help organize those who did. That improved several days later as more health authority staff were assigned to the care home.

Read more:
coroner Géhane Kamel elected to call additional witnesses this week because she said weeks of testimony had left her with too many unanswered questions.

But Auger took issue with the description of the reinforcements from the health authority as “managers,” noting people showed up and immediately entered the fray.

“You’re talking about managers, but they are above all clinicians who were providing care,” Auger said, saying they were feeding and hydrating residents and changing diapers.

Two other regional health authority officials are expected to take the stand on Tuesday, including CEO Lynne McVey, testifying for a second time.

The coroner’s mandate is to investigate 53 deaths at six long-term care homes and one seniors residence during the first wave of the COVID-19 pandemic.

Denial of responsibility! NewsConcerns is an automatic aggregator of the all world’s media. In each content, the hyperlink to the primary source is specified. All trademarks belong to their rightful owners, all materials to their authors. If you are the owner of the content and do not want us to publish your materials, please contact us by email – admin@newsconcerns.com. The content will be deleted within 24 hours.
Canada CoronavirusCHSLD HerronCoronavirusCoronavirus In Canadacoronavirus newscoronavirus updateCOVIDcovid 19 canada
0
Share