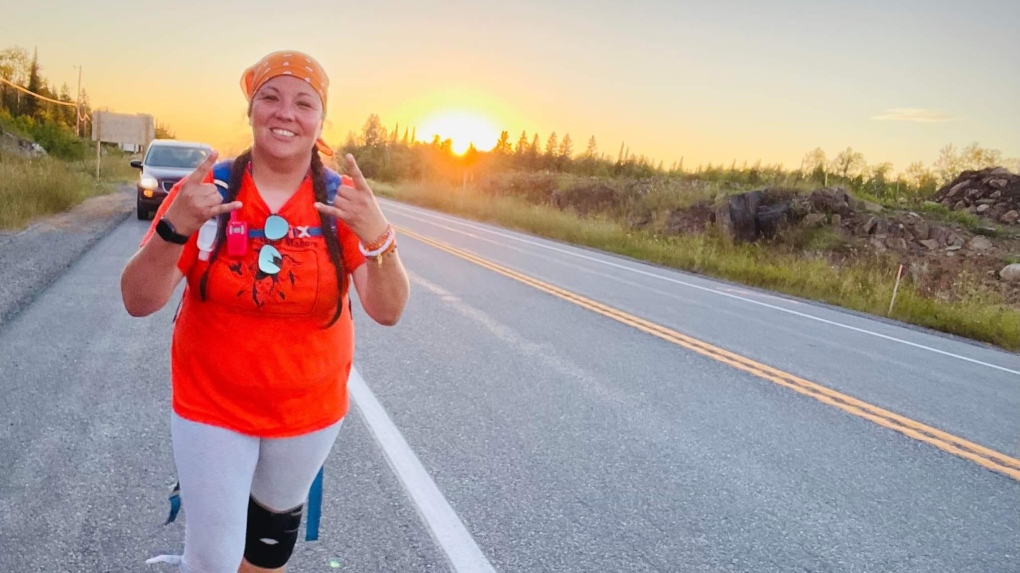 
An Indigenous woman is walking across Canada on a journey to spread awareness about residential schools.


Jasmine Lavallee, originally from The Pas, Man., had walked over 2,000 kilometres from Winnipeg to Kamloops, B.C. last year, in wake of the discovery of unmarked graves at the former site of Kamloops Indian Residential School.


This year, she’s completing the coast-to-coast journey, walking over 3,500 kilometres from Winnipeg to Nova Scotia alongside Virgil Moar, a residential day school survivor and the son of a residential school survivor. In each community that she passes through, Lavallee has been greeted by friends and supporters who have walked with her along the way.


“When I was walking to Kamloops last year… I met a man by the name of Travis. And he sat down with me and he started talking about how in his Indigenous community, things are done in a circle,” she said. “As I continued my walk and the closer I got to B.C., I started to realize what he was saying and that my journey didn’t end in Kamloops… It kind of dawned on me that he was telling me that I had to keep going. “


It wasn’t always this easy for Lavallee to walk like this. She was born with dislocated hips and spend the first year and a half of her life in a half-body cast. Doctors had said she would most likely have to use a wheelchair for her entire life.


Lavallee said her journey will be a “four-directional walk” across North America. After reaching Nova Scotia, she plans on walking north towards Tuktoyaktuk, Nunavut and south to New Orleans, La., while spreading the same message of truth and reconciliation.


“I am touching the ocean in each direction on behalf of elders, on behalf of survivors, on behalf of the children,” she said. “I want to inspire people, you know? Show them that we care, that we love them, we hear them, we see them. I want kids to know they can do whatever they put their mind to no matter what.”

These states have the most people quitting their jobs

England vs USA live stream: How to watch Lionesses’s friendly online and on TV tonight