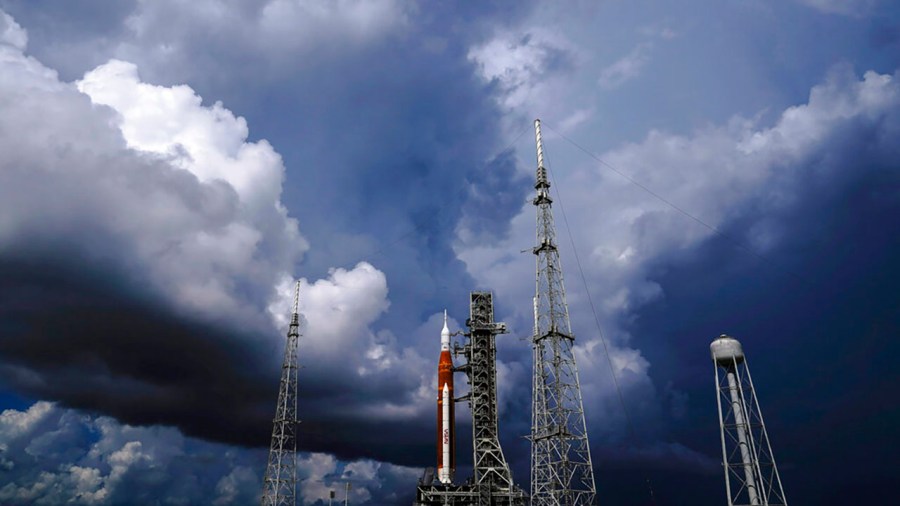 CAPE CANAVERAL, Fla. (AP) — Hurricane Ian prompted NASA to move its moon rocket off the launch pad and into shelter, adding weeks of delay to the lunar-orbiting test flight.

Mission managers decided Monday to return the rocket to its Kennedy Space Center hangar as the Category 4 hurricane barrels towards the Florida coast. The four-mile trip will begin late Monday night and could take as long as 12 hours.

The space center remained on the fringes of the hurricane’s cone of uncertainty. With the latest forecast showing no improvement, managers decided to play it safe. NASA already had delayed this week’s planned launch attempt because of the approaching storm.

NASA isn’t speculating when the next launch attempt might be, but it could be off until November. Managers will assess their options once the 322-foot (98-meter) Space Launch System rocket is safely back in the hangar.

A pair of launch attempts were thwarted by hydrogen fuel leaks and other technical trouble.

The $4.1 billion test flight will kick off NASA’s return to the moon since the Apollo moonshots of the 1960s and 1970s. No one will be inside the crew capsule for the debut launch. Astronauts will strap in for the second mission in 2024, leading to a two-person moon landing in 2025.