How to live longer: Mushrooms reduce risk of Alzheimer’s and age-related disease risk 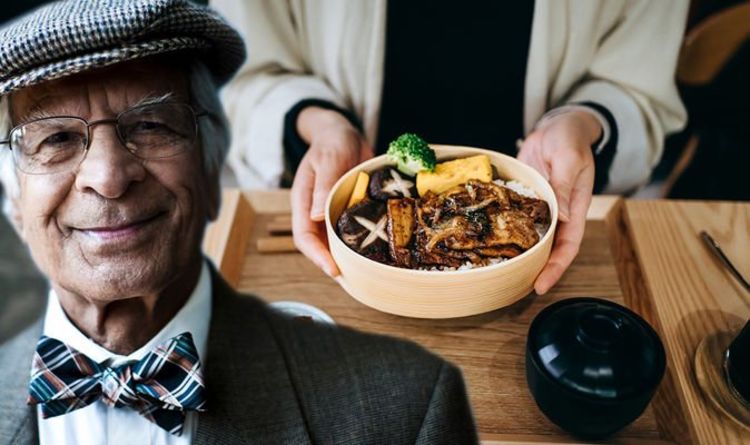 When finding the best methods to help boost your longevity, it is possible to find a one-for-all. From improving cognitive health to staving off dementia, reducing age-related diseases, keeping the heart healthy and even promoting weight loss, one superfood can do all that.

A study published in the journal Food Chemistry found that mushrooms contain two antioxidants thought to increase longevity and stave off ageing.

Professor Robert Beelman, first author of the study said the findings were significant in the context of the so-called free radical theory of ageing.

He explained: “[The theory] has been around for a long time [and it] says when we oxidise our food to produce energy there’s a number of free radicals that are produced that are side products of that action and many of these are quite toxic.

“The body has mechanisms to control most of them,” he goes on to say, “including ergothioneine and glutathione, but eventually enough accrue to cause damage, which has been associated with many of the diseases of ageing, like cancer, coronary heart disease, and Alzheimer’s disease.”

Nutritionist Libby Limon, from Link Nutrition, believes mushrooms are so powerful for one’s overall health they should be referred to as a superfood.

She explains: “While their benefits have gone under the radar for some time, people are starting to wake up to the pronounced benefits they have to offer a person’s immune system, energy levels, and cognition.”

In fact, evidence hints at the cognitive benefits reaped from eating mushrooms.

Numerous studies have warned that a vitamin D deficiency could fuel mechanisms which cause dementia.

One study published in the journal Neurology, found that lacking in vitamin D could increase a person’s risk of developing Alzheimer’s.

For their study, researchers analysed blood samples of 1,658 people for levels of vitamin D reflected by diet, sun exposure and supplements.

The study concluded that individuals with low vitamin D levels had a 53 percent increased risk of developing dementia.

Those with a more serious vitamin D deficiency had a 125 per cent increased risk of developing dementia compared to participants with normal levels of vitamin D.

Mushrooms contain rich sources of essential amino acids, minerals, and vitamins, including thiamin (B1), riboflavin (B2), and niacin (B3).

In addition, mushrooms are high in fibre and low in calories, making them the perfect food for people who want to lose weight.

Mushrooms also contain many compounds which have protective and therapeutic value against certain diseases.

One of these is beta-glucan, a complex carbohydrate, or polysaccharide, composed of glucose sugar molecules that are strung together.

Why was the Michigan shooting suspect sent back to class?