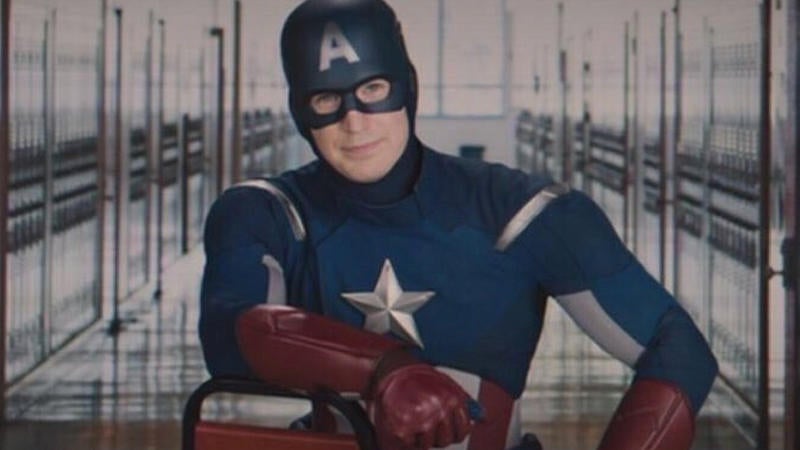 Despite being a Spider-Man movie through and through, one particular moment in Spider-Man: Homecoming ended up as one of the most memed moments to come from the film, and it has nothing to do with the eponymous web-slinger. The sequence in question involves Hannibal Burress’ Coach Wilson showing Peter Parker’s physical education class a retro public service announcement featuring Captain America (Chris Evans). As it turns out, the filmmakers behind the movie wanted most of the Avengers to appear alongside Steve Rogers.

During ComicBook.com’s Homecoming #QuarantineWatchParty Tuesday night, writer Jonathan Goldstein revealed he and his writing partner came up with five additional PSAs to potentially film. “We had about five more of these educational videos with Avengers in them,” the scribe tweeted.

We had about five more of these educational videos with Avengers in them. #QuarantineWatchParty

When asked if they were ever filmed, Goldstein responded by saying he didn’t believe so. The scene still counted as an appearance towards Evans’ contract with Marvel Studios, a deal that expired with Avengers: Endgame. Now, Anthony Mackie’s Sam Wilson is taking over the role of Captain America beginning with Captain America 4.

“I was actually fishing [when the report came out]. When I came back in to get some shrimp, the dude at the dock was like, ‘Hey, man! Did you see this s—?!’ I’ve been going to the same guy to get my bait for like 20 years and all of a sudden now he’s a fan. He had no idea who I was. Now he’s a fan,” Mackie previously explained about finding out about his own film. “Marvel’s so secretive, and it’s so ridiculous about what we know and what we don’t know. I have no idea. The dude at the dock selling me shrimp knows more about what’s going on with Marvel than I do.”

Spider-Man: No Way Home is set for release on December 17th. What other Spidey-family characters do you think will end up appearing in the upcoming feature? Let us know your thoughts either in the comments section or by hitting our writer @AdamBarnhardt up on Twitter to chat all things MCU!

Denial of responsibility! NewsConcerns is an automatic aggregator of the all world’s media. In each content, the hyperlink to the primary source is specified. All trademarks belong to their rightful owners, all materials to their authors. If you are the owner of the content and do not want us to publish your materials, please contact us by email – admin@newsconcerns.com. The content will be deleted within 24 hours.
Spider-Man: Homecoming
0
Share

How bad is omicron? Here's what a South African doctor says