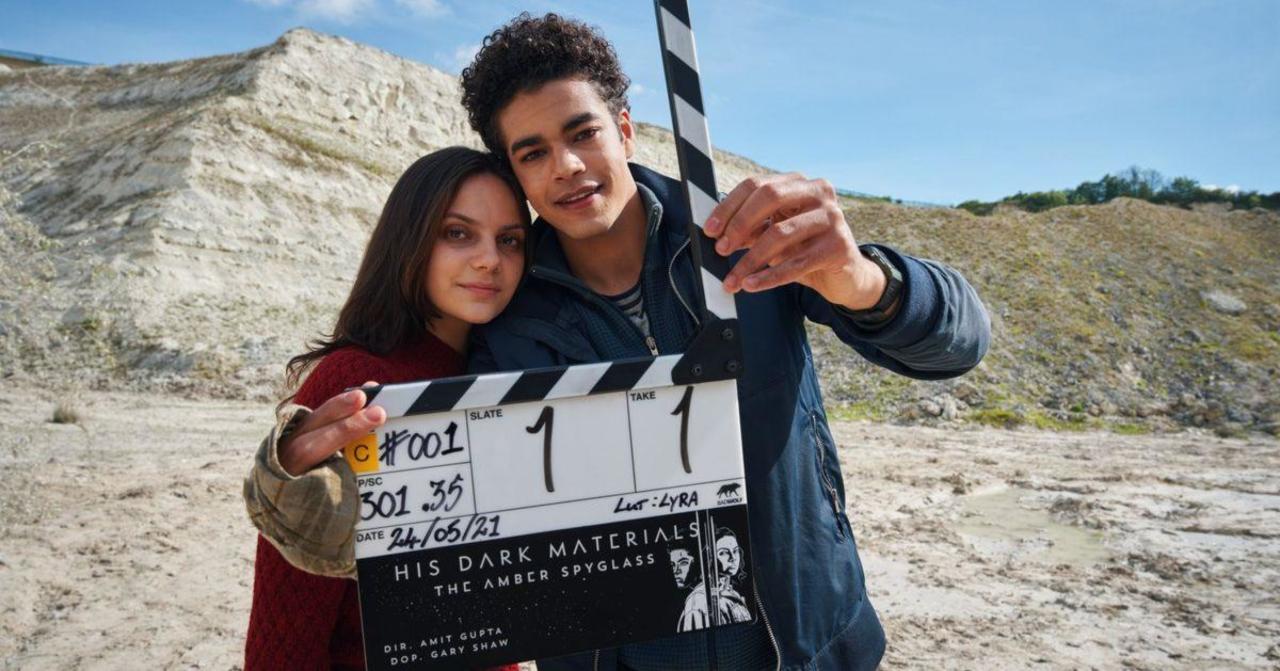 HBO and BBC One have announced that filming has begun on the third and final season of His Dark Materials, the live-action adaptation of Philip Pullman’s award-winning book series. The third season of the show is based on The Amber Spyglass, the final book in the series, and is confirmed to run eight episodes. An official description for the new season was revealed in the press release which reads: “Season three will see Will (Amir Wilson), the bearer of The Subtle Knife, and Lyra (Dafne Keen), the prophesied child, travel through multiple worlds to find and protect each other.” His Dark Materials is produced by Bad Wolf in association with New Line Cinema for BBC One and HBO.

“The moment we started season one of His Dark Materials, we had mapped out all three novels to know the direction in which where we were heading,” Executive Producer Dan McCulloch said in a statement. “Every detail and character within this incredible work of fiction has been analysed and discussed for four years now, and to finally arrive in the many worlds of ‘The Amber Spyglass’ is thrilling.” Production on the series will take place at Wolf Studios Wales stages and on location throughout Wales and England.

“There is no one I would trust to go with you, except that boy. You are worthy of each other.”

There are plenty of newcomers too though with the addition of Adewale Akinnuoye-Agbaje (Suicide Squad, Lost) as Commander Ogunwe; Jamie Ward (Tyrant) as Father Gomez; Kobna Holdbrook-Smith (Zack Snyder’s Justice League), Simon Harrison (No Man’s Land, Everest) and Chipo Chung (Into the Badlands) are the rebel angels Balthamos, Baruch and Xaphania. Amber Fitzgerald-Woolfe stars as as Ama.

“It has been a joy watching audiences embrace this incredible journey of self-discovery, friendship and purpose with Lyra over the past two seasons,” Francesca Orsi, Executive Vice President, HBO Programming, added. “Jane, Dan and everyone on the Bad Wolf team have done such a tremendous job bringing Philip’s beloved world to life, and I cannot wait for the fans to get a front row seat to all that is in store in this gripping and poignant final chapter.”

Denial of responsibility! NewsConcerns is an automatic aggregator of the all world’s media. In each content, the hyperlink to the primary source is specified. All trademarks belong to their rightful owners, all materials to their authors. If you are the owner of the content and do not want us to publish your materials, please contact us by email – [email protected]. The content will be deleted within 24 hours.
BBC OneDafne KeenHBO TVHis Dark Materials
0
Share

As the SEC delays bitcoin ETFs, other choices emerge for investors