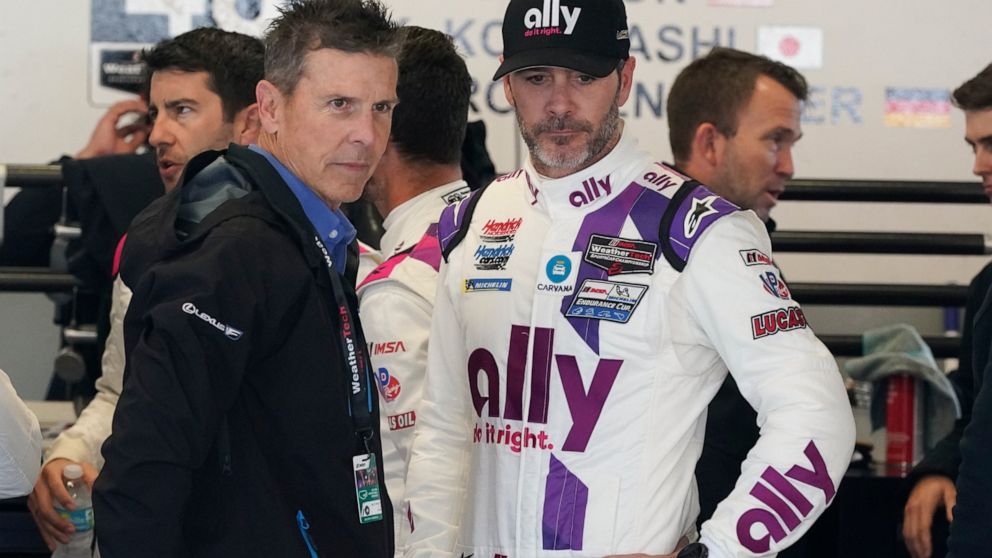 The father-son tandem of Petter and Oliver Solberg beat the surprisingly competitive American team of Colton Herta and Jimmie Johnson on the the frozen Baltic Sea to win the Race of Champions (ROC) Nations Cup.

Team Norway was led Saturday by 47-year-old Petter Solberg, the 2003 World Rally Champion and two-time World Rallycross Champion. His son, Oliver, is a 20-year-old rising rallying driver. The knockout-round style event was held on the snow- and ice-covered course in Pite Havsbad, Sweden, 60 miles south of the Arctic Circle.

Herta was a last-minute replacement for Travis Pastrana, who broke his back and hip in a BASE jumping accident late last month. The 21-year-old IndyCar star replaced Pastrana and left for Sweden after leading his team to a class victory last Sunday in the Rolex 24 at Daytona.

Johnson, the seven-time NASCAR champion who is headed into a full IndyCar season this month, returned to ROC for a second time. He represented the United States alongside Jeff Gordon in their upset 2002 win in Spain.

“Who would have thought two California guys would be here on snow and ice and finish second in the Race of Champions Nations Cu” Johnson said in a social media video. “Awesome day for us both. I think we kind of surprised ourselves. Then I really think we had a shot at the final.

“I had a car break and a mechanical, which took me out of an opportunity in the first round. Came back and won in the Porsche. Colton was right there on pace and just came up a little short to the Solberg family. Just a super fun day. We exceeded expectations and looking forward to having some fun tonight.”

Johnson was scheduled to compete Sunday for the “Champion of Champions” title in the individual ROC category.

Johnson and Herta advanced to the semifinals Saturday by beating the German team of four-time Formula One champion Sebastian Vettel and Mick Schumacher.

Then they knocked off Team Finland, with Herta beating two-time F1 champion Mika Hakkinen to get Team USA into the final. Herta also faced four-time Indy 500 winner Helio Castroneves in the first round.

The Race of Champions “Snow + Ice” World event pits drivers against one another in a variety of vehicles that focus on electric power.

Denial of responsibility! NewsConcerns is an automatic aggregator of the all world’s media. In each content, the hyperlink to the primary source is specified. All trademarks belong to their rightful owners, all materials to their authors. If you are the owner of the content and do not want us to publish your materials, please contact us by email – admin@newsconcerns.com. The content will be deleted within 24 hours.
Automobile racingBaltic SeaColton HertaEuropeHélio CastronevesIndyCarJeff GordonJimmie Johnson
0
Share