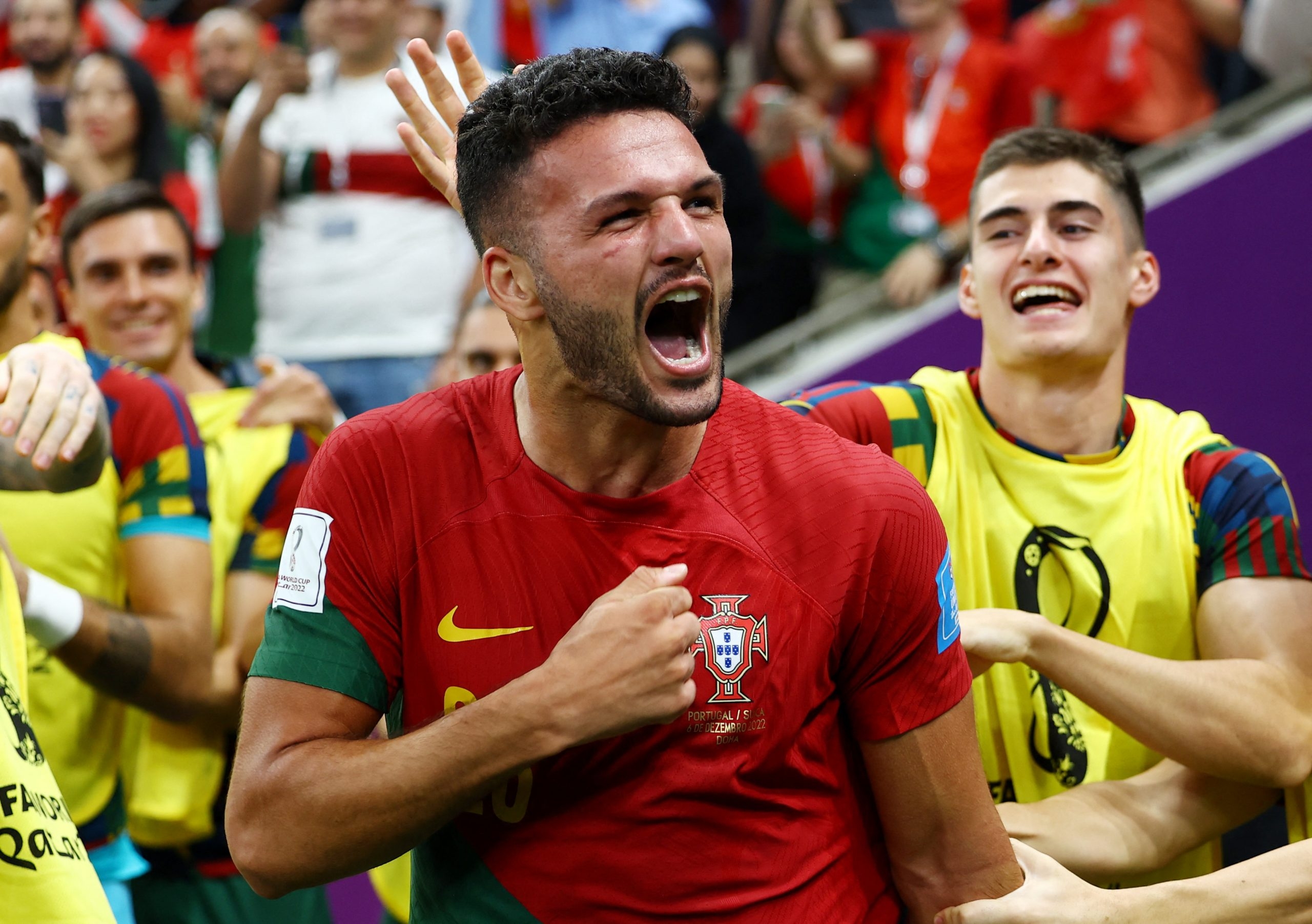 LUSAIL — Portugal’s Goncalo Ramos scored a hat-trick on his first World Cup start to help his side beat Switzerland 6-1 on Tuesday and send them through to the quarterfinals for the first time in 16 years, setting up a clash with Morocco.

Ramos had played only 10 minutes as a substitute in Qatar but the youngster looked like he belonged on the big stage with a memorable performance for Portugal, which did not miss Ronaldo — a late substitute who had a goal ruled out for offside.

Ramos opened the scoring in the 17th minute by picking up Joao Felix’s incisive pass before blasting the ball from a tight angle into the top corner to put the Portuguese ahead.

Portugal doubled their lead through skipper Pepe when the 39-year-old timed his leap to perfection to rise above the two Swiss centre backs and head home from a Bruno Fernandes corner in the 33rd minute, with goalkeeper Yann Sommer well beaten yet again.

The Swiss keeper did well to deny Ramos his second goal of the half with a fingertip save from a late counter-attack as the Portuguese went in with a 2-0 halftime lead.

But Sommer could do nothing when Diogo Dalot sent in a cross six minutes after the restart, with Ramos in the right place again at the near post to slip the ball between his legs to give Portugal a three-goal cushion.

The Portuguese piled on the misery when they carved open the Swiss defence with another flowing counter-attack in which Ramos found Raphael Guerreiro in acres of space and the full back fired the ball past Sommer to make it 4-0 in the 55th.

Switzerland softened the blow just before the hour mark when defender Manuel Akanji sneaked in unmarked at the far post from a corner to slip a shot home after Portugal failed to clear.