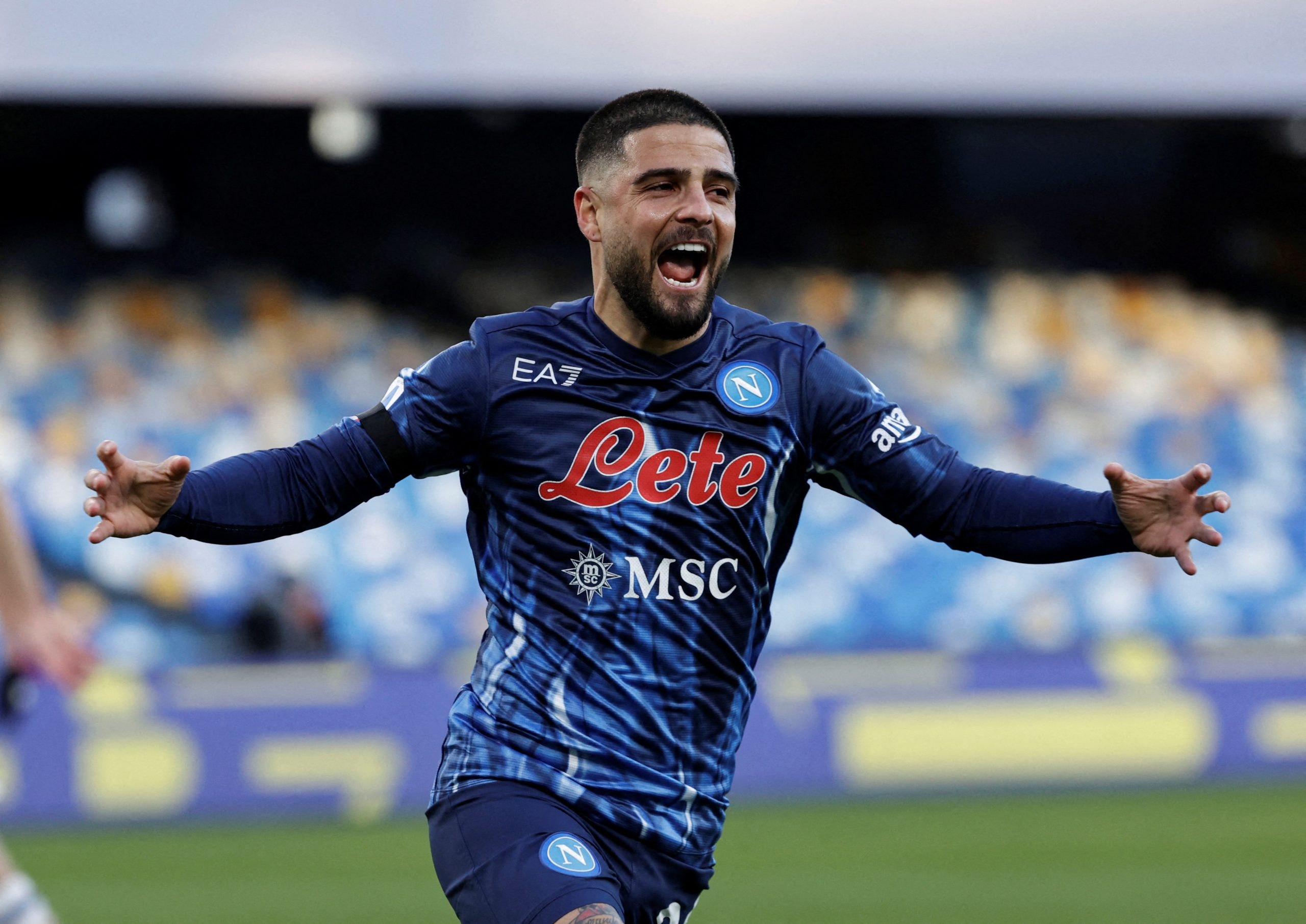 Future Toronto FC player Lorenzo Insigne is certainly going out with a bang in Italy’s Serie A.

Insigne, who signed an historic four-year contract with the Reds earlier this month — said to be worth close to $45 million — reached a major milestone for Napoli on Saturday when he scored his 115th goal for the Italian club, tying the record set by the great Diego Maradona. Insigne’s goal, on a 53rd-minute penalty kick in a 4-1 win over Salernitana, was scored at home — at Diego Armando Maradona Stadium.

Maradona played seven seasons in Napoli, helping the club win a pair of league titles and a UEFA Cup championship.

Insigne, 30, has spent the majority of his professional career with Napoli, his hometown club. The 30-year-old has helped guide the ‘Gli Azzurri’ to three titles — a pair of Coppa Italia championships and one Supercoppa Italiana crown. The win moves Napoli ahead of AC Milan into second place in Serie A, four points behind Inter Milan.

Insigne, who will join TFC on July 1 as a Designated Player, signed a four-year deal through June 2026. TFC is attempting to move a pair of current DP’s — Jozy Altidore and Yeferson Soteldo.

Soteldo will reportedly be dealt to Tigres UANL of Liga MX for that club’s star centre back Carlos Salcedo. That deal has yet to be announced.

Neither Altidore nor Soteldo is at TFC’s pre-season camp in Irvine, Calif., though the third DP, Alejandro Pozuelo, is.

According to the report, the Canadian Premier League club will receive $175,000 in the deal (as well as future incentives) — although that number is said to be exaggerated.

Pacific will receive back TFC centre back Luke Singh on loan.

The deal is reportedly the most expensive outgoing transfer in CPL history.

The 26-year-old MacNaughton, born in New York City to an Austrian mother and Canadian father, was named the most valuable defender in the CPL last season.

Peru races to save birds threatened by oil spill