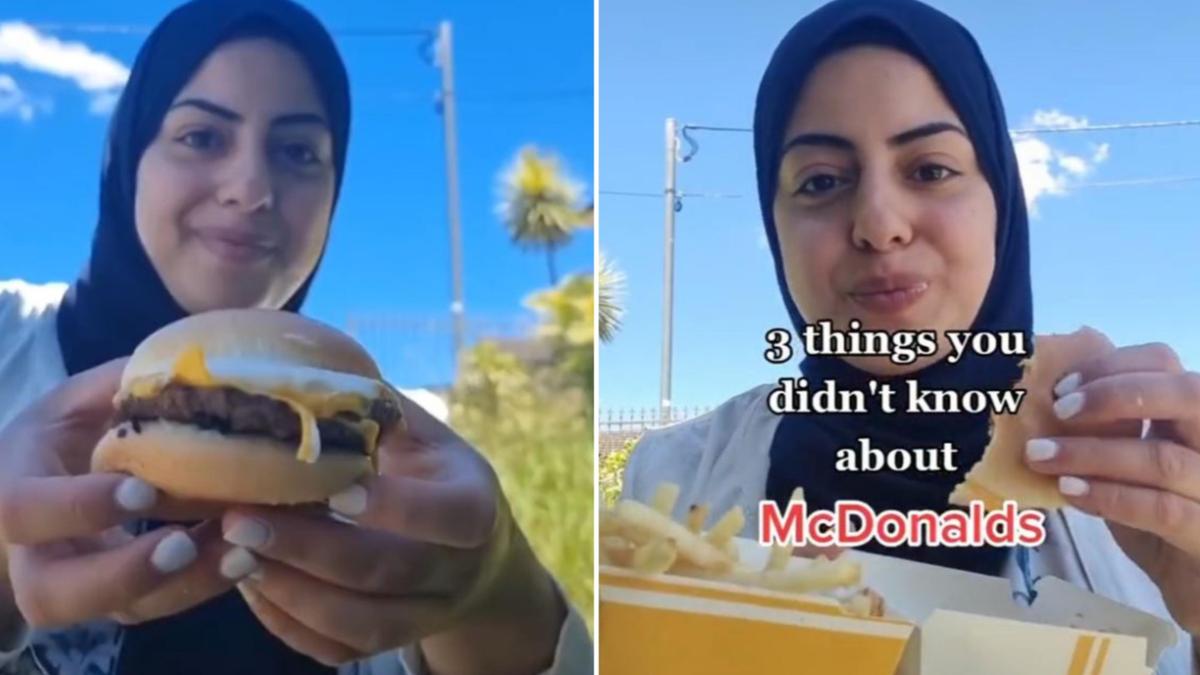 A former McDonald’s employee has revealed her insider knowledge about the fast food restaurant – including the one item you can get for free every time.

Batoul Salman, from Sydney, shared a now-viral TikTok video where she listed the three things many customers don’t know about.

WATCH IN THE VIDEO ABOVE: Ex-McDonald’s employee lists three things the chain doesn’t want you to know

The ex-crew trainer – who used to work for Macca’s during her teenage years – claimed diners can request a sundae cup filled with pickles for no extra cost.

“Pickles are free so you can actually go and ask for a whole tub of it. We used to get pregnant women coming in all the time,” Batoul, otherwise known as Halal Food Sydney on social media, said in the video.

McDonald’s spokeswoman confirmed with 7Lifestyle customers can “add a limited number of extra pickles to a burger, wrap or salad at no extra cost”.

Batoul – who goes to a halal McDonald’s in Liverpool – claimed there was another reason behind why ice cream machines are always “broken”.

“Sometimes when we used to say the ice cream machine was broken, it actually wasn’t… someone accidentally put shake mix into the ice cream mix,” she said.

When the restaurant she was working at was out of skim milk, she claimed she saw another employee use a full cream alternative.

“If we’re out of skim milk and we have to go get another bottle, I’ve seen someone use full cream milk,” she claimed.

Her video has since been viewed more than 650,000 times, with many admitting they were surprised about the free pickles.

While another joked: “You really shouldn’t have told me about the pickles because I’m now on my way.”

However, not everyone has been lucky with the “free” pickles, with some claiming they were charged for the topping.

“I always ask them for a cup of pickles and I get charge $2 – still worth it anyway,” one wrote.

While another added: “Pickles might be free where you live but definitely not in Sweden or Europe.”

Meanwhile, many weighed in on the ice cream machine and full cream milk.

One former employee saying: “Half the time on overnights when we said “the ice cream machine isn’t working”, it really means I just cleaned it and I’m not making a mess for you.”

Another customer said: “Yes, I’m aware that full cream milk is used… When I find out the hard way, 20 minutes after finishing my coffee.”

While one added: “I’m a barista – there’s a 75 per cent chance that if you order a skim coffee, it’s full cream.”

Denial of responsibility! NewsConcerns is an automatic aggregator of the all world’s media. In each content, the hyperlink to the primary source is specified. All trademarks belong to their rightful owners, all materials to their authors. If you are the owner of the content and do not want us to publish your materials, please contact us by email – admin@newsconcerns.com. The content will be deleted within 24 hours.
BusinessFoodLifestyleMcDonalds
0
Share