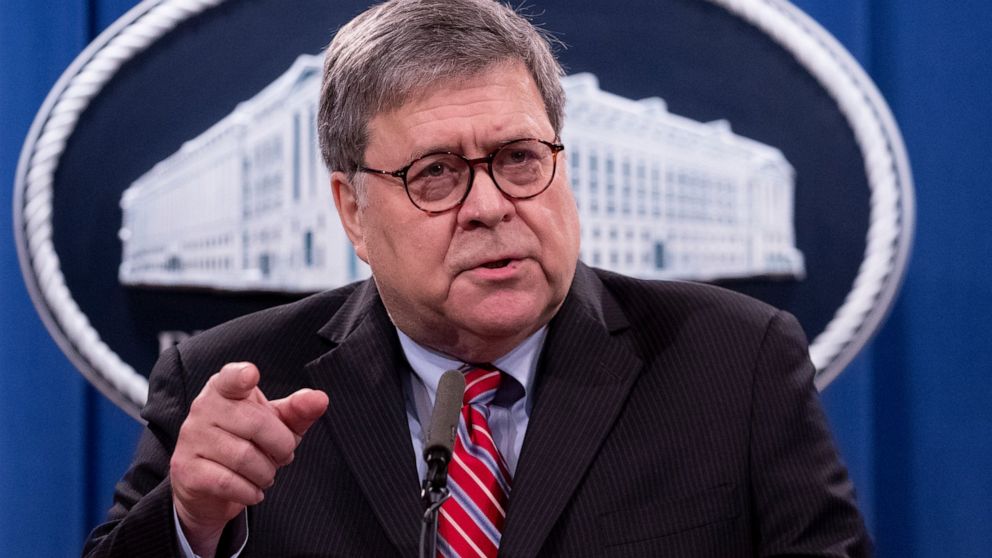 NEW YORK — Former Attorney General William P. Barr has a memoir coming out March 8 titled “One Damn Thing After Another,” and billed by his publisher as a “vivid and forthright book” of his time serving two “drastically different” presidents, Donald Trump and George H.W. Bush.

“Barr takes readers behind the scenes during seminal moments of the Bush administration in the 1990s, from the LA riots to Pan Am 103 and Iran Contra,” William Morrow, an imprint of HarperCollins Publishers, announced Tuesday. “With the Trump administration, Barr faced an unrelenting barrage of issues, such as Russiagate, the opioid epidemic, Chinese espionage, big tech, the COVID outbreak, civil unrest, the first impeachment, and the 2020 election fallout.”

The title of the long-rumored book refers to an expression Barr had heard about the nature of the job of attorney general.

Barr, now 71, served under Bush from 1991-93 and under Trump from 2019-2020. Barr had initially been one of Trump’s most ardent allies and was accused of being willing to sacrifice the independence of the Justice Department on behalf of the president.

One of his most controversial actions involved special counsel Robert Mueller’s investigation of ties between Russian officials and Trump’s presidential campaign in 2016. Before the full report was made public, Barr framed the results in a manner favorable to Trump, even though Mueller pointedly said he couldn’t exonerate the president of obstruction of justice.

But Barr parted with Trump a month after the 2020 election when he told The Associated Press that the DOJ had uncovered no evidence of widespread voter fraud. That contradicted Trump’s false contentions that fraud cost him the race against Democratic candidate Joe Biden. An enraged Trump met with Barr soon after the AP interview was published and alleged, ”You must have said that because you hate Trump, you must really hate Trump.”

Barr stepped down shortly before Christmas in 2020.

After the Jan. 6 siege of the U.S. Capitol by Trump supporters seeking to overturn the election results, Barr issued a statement in which he condemned Trump for “orchestrating a mob to pressure Congress.”

“The President’s conduct yesterday was a betrayal of his office and supporters,” he added.

Denial of responsibility! NewsConcerns is an automatic aggregator of the all world’s media. In each content, the hyperlink to the primary source is specified. All trademarks belong to their rightful owners, all materials to their authors. If you are the owner of the content and do not want us to publish your materials, please contact us by email – admin@newsconcerns.com. The content will be deleted within 24 hours.
Arts and entertainmentBooks and literatureCrimeDonald TElectionsEntertainmentFraud and false statementsGeneral news
0
Share