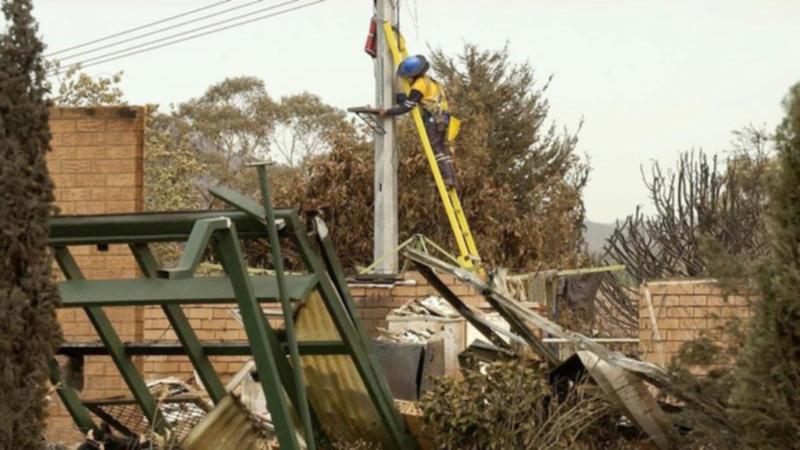 Bushfire risks from faulty power lines are back under the microscope as part of a new campaign to address the life-threatening issue.

In 2009, faulty electricity poles were found to have caused five of the black Saturday bushfires in Victoria which killed 173 people.

The Electrical Trades Union on Monday launched a campaign calling for upgrades to power lines, poles and wires across Australia.

The union claims the energy regulator has reduced electricity companies’ budgets by $10 billion in 10 years, resulting in cuts to upgrade and maintenance projects.

“This is a matter of life and death for communities and workers – we cannot wait until after a horrific bushfire for change,” he said.

“Commonwealth and state governments need to act now, before a coroner’s report forces them to.”

The union is calling for federal Energy Minister Angus Taylor to change the regulator’s decision-making process to prevent cuts to funding for maintenance and network upgrades.

It also wants improvements to the regulator’s assessment of maintenance and upgrade proposals.

Denial of responsibility! NewsConcerns is an automatic aggregator of the all world’s media. In each content, the hyperlink to the primary source is specified. All trademarks belong to their rightful owners, all materials to their authors. If you are the owner of the content and do not want us to publish your materials, please contact us by email – admin@newsconcerns.com. The content will be deleted within 24 hours.
Politics
0
Share