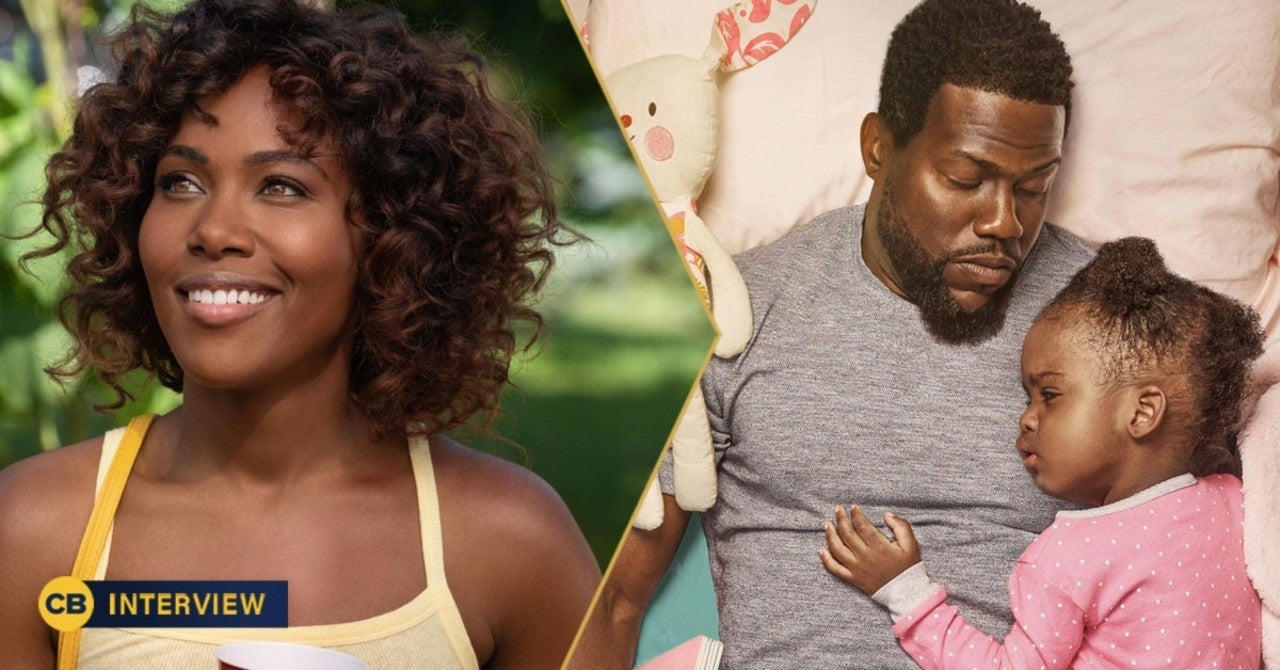 Netflix’s Fatherhood tells the real-life story of Matt and Maddy Logelin, who had to rely on each other after Matt’s wife and Maddy’s mother Lizzie passed away early in Maddy’s life. What follows is a story of grief and hope, and the latter surfaces in the introduction of Liz Swan, who Matt (played. by Kevin Hart) meets thanks to a setup from friends. Swan is played by the talented DeWanda Wise, and ComicBook.com had the chance to talk to Wise all about her character, working with Hart, and what she hopes people will take away from the heartfelt story Fatherhood has to share.

“Lizzie Swan is a friend of a friend of Matt’s character. She’s an animator and her friends are always trying to set her up, so by the time she meets Matt, he’s deep into his grieving process,” Wise said. “It’s a match that proves fruitful both in the fictional story and in real life because Matt Logelin actually ended up marrying Lizzie, which is pretty beautiful.”

Fatherhood actually brought Matt and Maddy on set and involved them in the process of bringing their story to film, and being able to get input right from the source which brings a whole new level of authenticity to a project.

“I mean, it makes all the difference. It’s kind of a prerequisite for me in terms of telling real-life stories,” Wise said. “It’s like, not only do you have the approval, but do you have the blessing? There’s so much about Matt’s story, Matt and Maddy’s story, it’s just such a good match for Paul Weitz. Because it is a story about grief and what it means to move on from something that’s absolutely unfathomably tragic.”

“But when you read Two Kisses, it’s a very funny, this kind of like bittersweet in the same way that what it means to be human is finding these moments of levity and humor and joy in the midst of the harder parts of living life,” Wise said. “It just really translated onto the screen. And I think having him there, having his input, having a director and actors who were really adamant and concerned about honoring not just his story, but also kind of the spirit of who he is, I just think it really just showed up in our movie in a way that might not have if he wasn’t involved at all.”

One of the things that immediately sticks out about Wise’s portrayal of Lizzie is how she doesn’t fall into the common romantic character tropes. There are no “you complete me” vibes here, as Lizzie is perfectly happy and content when we meet her in the film, and that was important to Wise when taking on the project.

“Absolutely. I mean, you got to give credit where credit is due. Men are feminists, too. And Paul Weitz is a feminist. One of the first things he said to me when we met was that. There were two things that we were really trying to hit on with Swan, and it was that. It was the notion that she’s complete, she’s whole,” Wise said. “In her wholeness, that’s how she can be most helpful, most loving, most generous. She’s giving from a place of wholeness and generosity and not from a place of, I really need this to work. When you hear her say, ‘I’m fine on my own,’ you’re like, yeah, she seems pretty good. I don’t think she has any problems taking care of herself or loving herself properly.”

“So yeah, that was something that Paul said to me from inception, from jump. That and making sure that whenever you think of a romantic lead, you automatically obviously go to the couple, but in this instance it was just as important for Swan to have a relationship with Maddy as it was for her to have a relationship with Matt,” Wise said. “Maddy is his world, so if that didn’t work, if that wasn’t this kind of cohesive thing, then it would have been obsolete.”

It would seem that being in a film with Kevin Hart would be absurdly entertaining and a bit of a trip, and Wise says that is pretty accurate.

“I’ll say yes and. Background is I’ve had friends who’ve worked with him and my cousin, incidentally, was his pyrotechnician for many years. When he would go on tour, she was literally the girl pressing the button. All of them, everybody gave me a preface about his energy. Everyone was like, ‘He is high energy.’ And I was thinking to myself, well, that’s interesting, because this is a dramedy. That’s what I was thinking. I was like, well, we’ll see. I like to kind of see things for myself,” Wise said.

“Our first day on set was the first day that they were meeting so great job scheduling, and Kevin was not high energy,” Wise said. “Kevin was exhausted because he just had his 40th birthday party that weekend before. So he was exhausted. Matt was exhausted. That’s the thing about this movie, too. We’ve never seen Kevin this grounded and simple. Lil Rel is the comedic relief. Rel comes in like a tornado and he is just so funny and just such a delight.”

“And so, I feel like not only does everyone get to see Kevin in a way that we’ve never seen him before, but I got to experience him. We had some really beautiful vulnerable conversations. I mean, the man works harder than anyone I’ve ever met in my life. He warned me that he can fall asleep at the drop of a hat, but there’s this one shot where we’re in the bed. He knocked out. He literally fell asleep. He was asleep. He was asleep. I was telling the crew, ‘Shh. Let him take a nap. He needs a nap. This man works hard. He’s tired.'”

Wise hopes people take away how the moments in the present matter, but also hopes parents and fathers feel more affirmed after seeing it.

“I just think simply life goes on. The choices we make moment to moment and day to day are our lives. There’s always this kind of future thing we do, which is, okay, I got to get it together,” Wise said. “We’re always trying to rush to the finish line and rush to the point where okay, got to control it, got to get it all together. I got to get my stuff together. But the process of life is life.”

“And in that way, I feel like it’s affirming. I hope parents and fathers feel really affirmed. It’s pretty necessary. I mean, I only recently started seeing commercials that were geared to fathers that weren’t just like, we know you’re a mess. I only just recently started seeing ones that were like, we know you don’t know what you’re doing or whatever,” Wise said. “That was just a pervasive kind of messaging for so long. So it’s nice to see someone grow and just be like, I mean, look, I might be a mess now, but I’m going to figure this thing out and really do that in a beautiful and lived in and simple and non-preachy way.”

Fatherhood is streaming on Netflix now.

Denial of responsibility! NewsConcerns is an automatic aggregator of the all world’s media. In each content, the hyperlink to the primary source is specified. All trademarks belong to their rightful owners, all materials to their authors. If you are the owner of the content and do not want us to publish your materials, please contact us by email – [email protected]. The content will be deleted within 24 hours.
DeWanda WiseFatherhoodKevin HartNetflix
0
Share