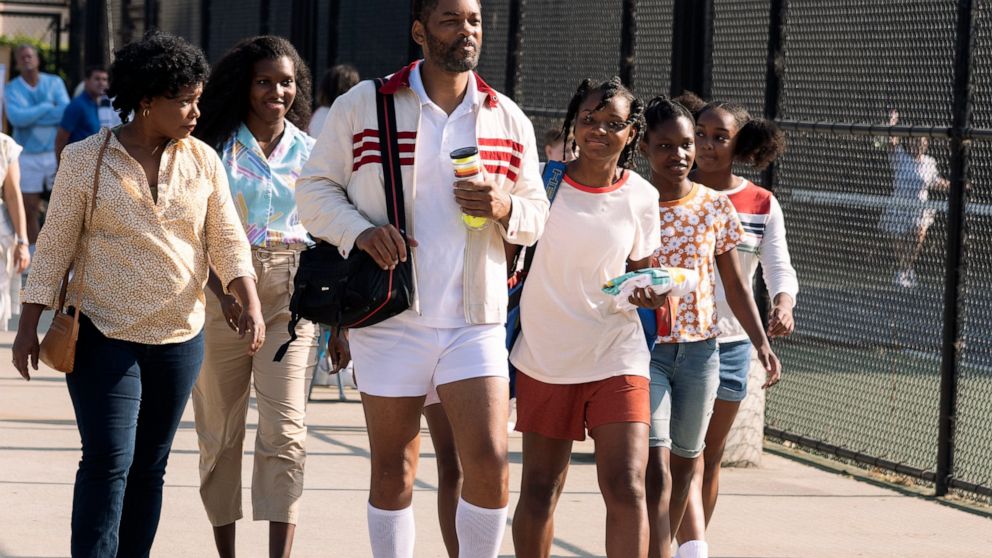 A rundown of notable films coming out this fall:

“The Card Counter” (In theaters): Oscar Isaac plays a professional gambler and a former serviceman who encounters a young man (Tye Sheridan) bent on revenge in Paul Schrader’s latest.

“Everybody’s Talking About Jamie” (In theaters and on Amazon Prime): In this adaptation of a West End musical, Max Harwood stars as a teenager from Sheffield who dreams of becoming a drag queen.

“Fauci” (In theaters): A documentary portrait of Dr. Anthony Fauci.

“Come From Away” (Apple TV+): A filmed version of the award-winning Broadway musical about thousands of airline travelers who landed in Newfoundland on Sept. 11 when flights across the U.S. were grounded.

“Language Lessons: (In theaters): Natalie Morales directs, co-writes and co-stars in a drama about a friendship between a Spanish teacher and her student.

“Best Sellers” (In theaters and VOD): Aubrey Plaza plays a book editor and Michael Caine a cranky author in this comedy.

“Blue Bayou” (In theaters): Writer-director Justin Chon stars as a Korean adoptee raised in a small Louisiana town who, as a married adult, faces possible deportation.

“Cry Macho” (In theaters and HBO Max): Clint Eastwood directs and stars as a former rodeo star and horse breeder who takes a job bringing a young man home from Mexico.

“The Eyes of Tammy Faye” (In theaters): Jessica Chastain stars as Faye Tammy Bakker, with Andrew Garfield as Jim Baker, in Michael Showalter’s drama about the televangelists.

“The Nowhere Inn” (In theaters and VOD): A metafictional movie about Carrie Brownstein making a documentary about Annie Clark, the indie musician known as St. Vincent.

“The Starling” (Netflix): Melissa McCarthy stars as a woman suffering the loss of a young child whose battle with a territorial bird becomes an mode of healing.

“The Guilty” (In theaters; On Netflix Oct. 1): Jake Gyllenhaal stars as a demoted police officer working the emergency dispatch phone lines who takes a call from a kidnapped woman.

“Venom: Let There Be Carnage” (In theaters): A sequel to 2018’s “Venom,” with Tom Hardy reprising his role as a investigative journalist with super-human powers thanks to an alien symbiote that has taken up residence in his body.

“The Many Saints of Newark” (In theaters and HBO Max): A prequel to David Chase’s HBO series “The Sopranos,” with Michael Gandolfini, son of the late “Sopranos” stars James Gandolfini, playing the New Jersey mob boss as a younger man.

“Titane” (In theaters): French filmmaker J ulia Ducournau’s Palme d’Or winner at the Cannes Film Festival, a body-horror drama about a woman with a titanium plate in her head and a unique bond with automobiles.

“No Time to Die” (In theaters): In the 25th James Bond film, Daniel Craig returns as 007, with Cary Fukunaga directing.

“Lamb” (In theaters): A couple in rural Iceland discover a strange newborn in their barn.

“Mass” (In theaters): Two sets of parents (Jason Isaacs and Martha Plimpton, Reed Birney and Ann Dowd) connected by tragedy meet for a conversation of grief and guilt.

“Survive the Game” (In theaters and VOD): Bruce Willis stars in this crime thriller about a drug bust gone wrong.

“The Electric Life of Louis Wain” (In theaters, on Amazon Prime Nov. 5): Benedict Cumberbatch plays an eccentric British illustrator in this period drama by Will Sharpe.

“The French Dispatch” (In theaters): Wes Anderson crafts an intricately detailed ode to the New Yorker in this series of fictional tales of an American newspaper in France.

“Antlers” (In theaters): Keri Russell and Jesse Plemons star in Scott Cooper’s horror thriller about an Oregon town and a supernatural creature.

“Army of Thieves” (Netflix): Zach Snyder’s prequel to his 2021 zombie heist film “Army of the Dead.”

“Finch” (Apple TV+): Tom Hanks plays a robotics engineer who is among the few survivors of a cataclysmic solar event.

“Red Notice” (In theaters, on Netflix Nov. 12): Dwayne Johnson, Gal Gadot and Ryan Reynolds star in this action thriller about a global manhunt.

“Belfast” (In theaters): Kenneth Branagh’s black-and-white, semi-autobiographical tale about a working-class family in the Northern Ireland capital in the 1960s.

“The Power of the Dog” (In theaters, on Netflix Dec. 1): Jane Campion directs a story of two brothers (Benedict Cumberbatch, Jesse Plemons) on a Montana ranch where one brings home a new wife (Kirsten Dunst).

“King Richard” (In theaters, HBO Max): Will Smith stars as Richard Williams in a biopic about the father of tennis greats Venus and Serena Williams.

“Mothering Sunday: (In theaters): Eva Husson directs this drama about a maid (Odessa Young) at a grand British house who’s having an affair with the neighbor’s well-born son (Josh O’Connor).

“National Champions” (In theaters): A star college quarterback (Stephan James) strikes for fair compensation hours before the biggest game of the year.

Denial of responsibility! NewsConcerns is an automatic aggregator of the all world’s media. In each content, the hyperlink to the primary source is specified. All trademarks belong to their rightful owners, all materials to their authors. If you are the owner of the content and do not want us to publish your materials, please contact us by email – [email protected]. The content will be deleted within 24 hours.
Anthony FauciArts and entertainmentbenedict cumberbatchBrian Tyree HenryDenis VilleneuveGeneral newsIngmar BergmanJessica Chastain
0
Share

“The Australians will have watched the footage from the Oval”