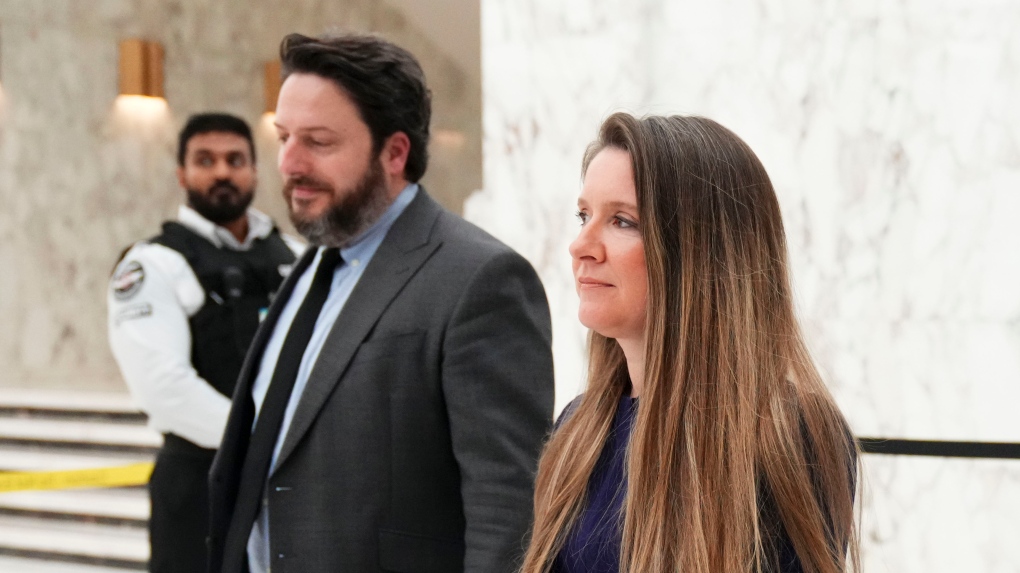 
On Thursday, a trio of top staffers in the Prime Minister’s Office (PMO) testified before the Public Order Emergency Commission examining the federal government’s use of the Emergencies Act.


Chief of Staff Katie Telford, Deputy Chief of Staff Brian Clow, and Director of Policy John Brodhead took the stand as a panel, testifying about the roles they played during the “Freedom Convoy” protests and as senior officials were examining what options they had to address the Ottawa occupation and border blockades.


According to an institutional report submitted to the commission from the PMO, the first call the PMO and ministerial staff had to talk about the “Freedom Convoy” happened on Jan. 20, one week before the convoy was slated to roll into the nation’s capital. Shortly after they first started hearing about what may be coming and what some protesters’ intentions may have been, Trudeau started to receive daily updates on the situation.


The PMO report also noted that Trudeau’s office “began to make security and travel arrangements for its staff, as well as the PM and ministers,” and that by Jan. 27 PMO staff were advised to work from home for safety reasons, something the report indicates had “never been done before.”


From there, as the protesters arrived and quickly dug in, Trudeau’s staffers indicated that they got increasingly concerned. What followed was a flurry of briefings and co-ordination efforts with officials and ministerial staff, as well as with various levels of government about response efforts and possible tools to be used.


From how Trudeau got to ‘yes’ on the Emergencies Act, to conversations around protester engagement that then-Conservative leader Candice Bergen was involved in, here are the key takeaways from the staffers’ testimony.


After going through the series of events that transpired on Feb. 14—the day the government invoked the Emergencies Act—from Trudeau meeting with premiers to ultimately receiving what’s come to be known as the “decision note” from the Clerk of the Privy Council, Clow was asked why a parliamentary debate wasn’t held to discuss the potential for invocation.


He replied by first pointing out that there was an emergency debate about the convoy and the demonstrations a week before the invocation, and that the Act itself contains parliamentary processes upon invocation that they followed and felt were sufficient.


“But the decision to invoke on Feb. 4 was made after a series of discussions and inputs … The view was time was up and it needed to be enacted right away,” he said.


Under cross-examination by Saskatchewan government lawyer Michael Morris, the panel of PMO staff was further questioned about the timeline, in an attempt to determine when Trudeau actually made the decision that he would be invoking the Act, given the timeframe of when the Privy Council Office decision notice came and his early evening press conference.


The PMO staff indicated that while they were doing speech prep earlier in the day around a plan to invoke the Act, the final decision had not been taken until later and that if they needed to change their plans and decide not to invoke, they could have pivoted their planned announcement quickly.


“We got very nimble during the pandemic where we were putting out advisories for things where we weren’t sure what the content was going to be a couple of hours later, and that’s what you need to do in times of crisis,” Telford said.


Trudeau announced the revocation of the Emergencies Act on Feb. 23, two days after the House of Commons voted to affirm the powers, but before the Senate had the chance to vote. Asked by commission council whether the suggestion that the revocation timing was connected to a lack of confidence that the Senate would confirm the emergency declaration, here’s what Clow and Telford said.


Clow: “So quite the opposite, actually. And yes, I am aware of that suggestion, that perhaps there is an attempt to revoke before the Senate got to its vote. We actually wanted the Senate to move as quickly as possible and I think it did, too, but as it was reported to us, the Senate was delayed in convening partly because of the very significant continuing Ottawa demonstrations that were happening right on the Senate’s doorstep … We would have liked the Senate to have its vote. But I will also say I know of no reason to believe that the Senate would not have endorsed it.”


Telford: “I would just add that it was extraordinarily important to the prime minister that he’d be true to what he set out in the beginning when he invoked the Act, in that it wasn’t going to last one minute longer than absolutely necessary. And so that was the entire motivation behind when the revocation happened. The same way, you know, safety and security was at the core of every meeting he was happening throughout, the politics and parliamentary issues were on a completely separate track from that decision-making.”


The other notable bit of information that came from the PMO staffers’ participation in the commission was that, according to them, then-newly minted interim Conservative leader Candice Bergen “acknowledged that there were significant concerns about whom the federal government could engage with and setting a bad precedent.”


This excerpt was contained in a summary provided by the commission of a previous interview the PMO witnesses had with the commission.


Here’s that section in full: “Mr. Clow explained that as engagement with those involved in the occupations was considered more than once as a possible option for the resolution of the occupation. For example, after the meeting of chiefs of staff on Feb. 3, Mr. Clow recalls Ms. Telford asking whether Interim Leader of the Opposition Candice Bergen could help. The PM had a conversation with Ms. Bergen that same day. Ms. Telford added that during the call, Ms. Bergen acknowledged that there were significant concerns about whom the federal government could engage with and setting a bad precedent.”


Asked during her testimony on Thursday about the now much-discussed deliberations around whether a political representative could, or should, have engaged with the protesters in an effort to cede their request for a meeting, here’s more from Telford:


“When it became an occupation, there were numerous people who were trying to suggest anything they could to try to find a way to assist … I received suggestions from numerous other people as well. MPs. were raising names with us. There were suggested names of MPs from other parties who were coming forward wondering if they could help. There was a lot of people that were trying to find a way to figure out if an engagement could work, and no one was able to take it past that first thought … No one could figure out who they should talk to, there was no clear leadership on the other side, there was no clear understanding of what they would even be talking about.”


After then noting that there was a certain level of police engagement with protesters, she said: “I think there’s a difference, too, between engagement and negotiation. And the prime minister and the cabinet, the government wasn’t prepared to negotiate public health measures that were rooted in science … And I think a lot of people weren’t sure at the time that really, that that’s what this was all about.”

trading ideas: Big Movers on D-St: What should investors do with RVNL, IRFC and HDFC Life?