Elvis Presley: ‘Oh s***! What do I do?’ Caught red-handed by King late at night ‘I froze!’ | Music | Entertainment 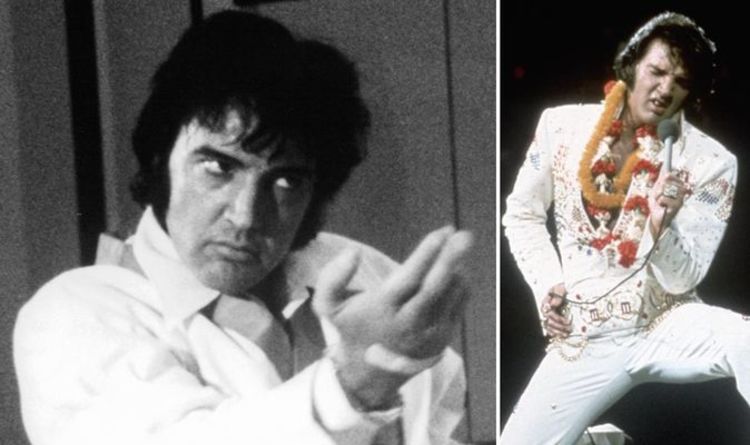 Used to performing late into the night with midnight shows during his Las Vegas residencies, Elvis Presley was a serious night owl. Even when resting at his home of Graceland, The King would have breakfast around 4pm. He’d then go out socialising with his inner circle when Memphis’ public venues were empty before heading to bed after dawn. Now a man who was just a child when he knew the star has shared how Elvis caught him being mischievous in the early hours of one morning.

Elvis’ cousin Billy Smith was a Memphis Mafia member and he lived with his family at Graceland alongside The King until the star’s death in 1977.

One of the kids was his son Danny Smith, who shares his amazing memories of growing up knowing the rock icon on his YouTube channel Memphis Mafia Kid. Now a grandfather, he remembers a 1-on-1 encounter with Elvis that he’ll never forget.

He shared: “I know that when we were out at [the] Palm Springs [house], it was probably three or four o’clock in the morning…I was hungry. Mom and Daddy were all asleep. I thought, ‘Well, y’know what? I’m going to get up and make my way to the kitchen and get me something to eat.’ When you come out of your bedroom, there’s a short hall and then it cut back and you had to go across the living room to get to the kitchen. I’m bobbing along, like I said, about halfway, half asleep. I’m bobbing and I’m going across the living room – and I freeze!”

The King asked the boy: “Are you having a good time out here? I’m really glad that you came so that Lisa would have somebody and I want y’all to have a good time.’

Danny sat there thinking he was having one hell of a time hanging out with Elvis’ daughter Lisa Marie, as they got up to much mischief together.

He continued: “We sat there talking and watching The Flintstones and shortly after, he just got up and said, ‘Hey, I’m gonna go lay down and go to sleep.’” That’s when Danny took full advantage of the situation.

Danny laughed: “I didn’t ever make it to the kitchen because I finished off the pizza!”

On what toppings The King liked to eat, he shared: “Basically Elvis liked pork sausage or just a plain cheese pizza. He didn’t like any of the other stuff on it. [They were] his two favourites, that’s about all he would eat.” It turned out to be sausage pizza that time around.

This Weekend, I’m Wrenching My Fleet Of 13 Cars Down To Five