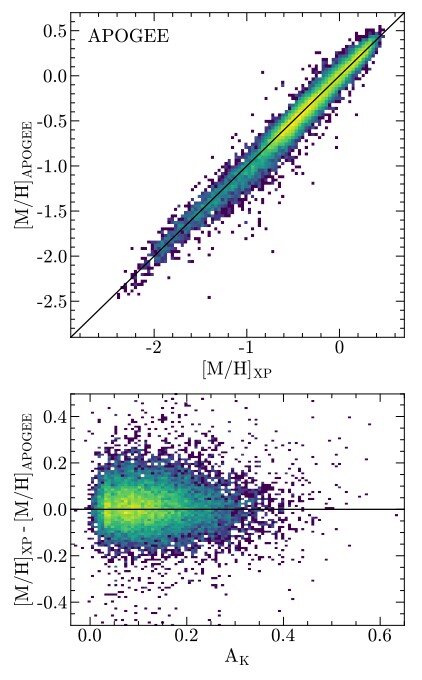 An international team of researchers has found the original nucleus of the Milky Way galaxy. They have written a paper describing their finding and posted it on the arXiv preprint server.

Astronomers have long theorized that a nucleus of stars almost certainly exists at the center of the Milky Way galaxy, but until now, they have been unable to find proof. In this new effort, the researchers took up the challenge by sifting through data from the GAIA space telescope. Theory has also suggested that if there is a nucleus of stars at the center of the galaxy, they very likely contain much less metal than other stars because they would have been formed before such metals were scattered across the area where the Milky Way formed (approximately 12.5 billion years ago).

Thus, they would likely be made up mostly of helium and hydrogen. Looking only for stars that fit into this category narrowed things down somewhat—and so did theories that have long suggested that if there is a nucleus of stars at the center of the galaxy, it would most likely be located in the constellation Sagittarius, as it is situated at what appears to be the center of the disk that makes up the galaxy. That still left the team sifting through approximately 2 million stars, a daunting task, to be sure. But through computer assistance and perseverance, they found what they were looking for—a cluster of approximately 18,000 stars at the center of the Milky Way galaxy. The stars in the cluster, the researchers note, have less than 3% of the metal concentration of stars farther away.

To further test the star cluster, the researchers noted its movement compared to other stars around it and also pinpointed the location of what should be the center of the galactic disk. They also accounted for stars blocked by dust or other objects. Convinced that they had found the heart of the Milky Way, they took measurements and found the cluster makes up just 0.2% of the mass of the galaxy.

Cheveley Park Stakes: Meditate back out to bag Group One victory at Newmarket for Aidan O’Brien | Racing News