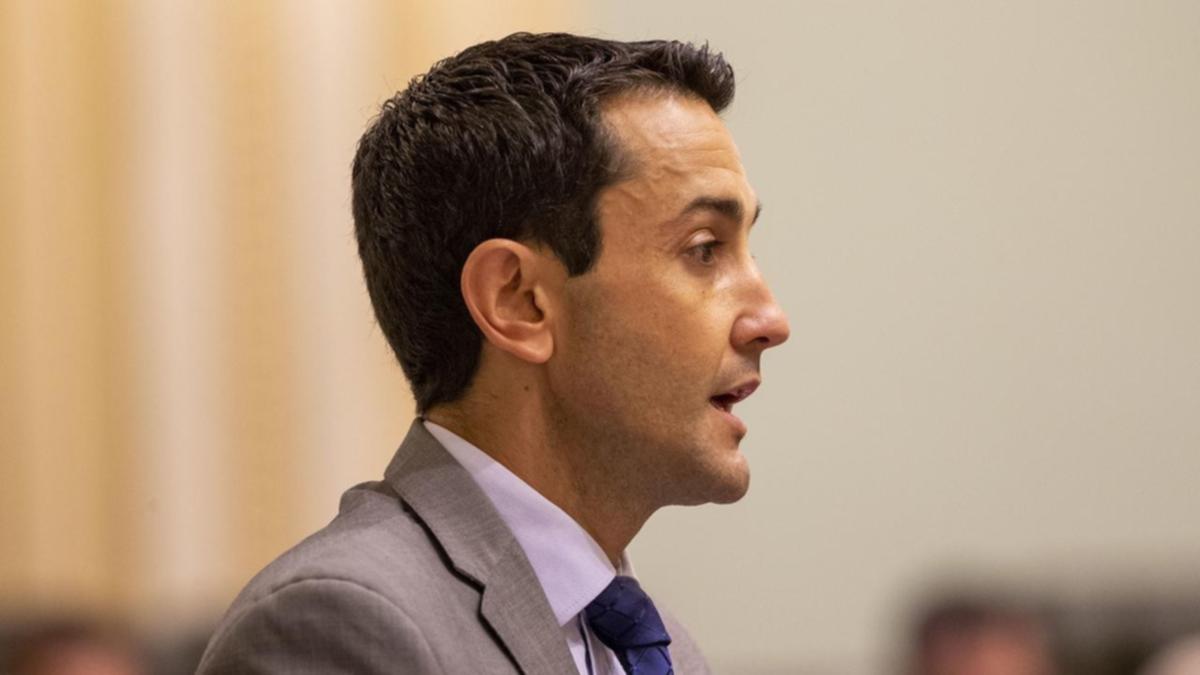 David Crisafulli has urged the Liberal National Party to end its internal rifts and transform into a united, modern centre-right party at a convention in Queensland.

After years of bitter infighting between the LNP’s parliamentary and organisational wings, members voted to scrap the president’s committee on Friday.

The move gives the parliamentary wing and grassroots members increased control over the party, which was formed in 2008.

Mr Crisafulli says LNP members must now bury their hatchets, in his first address to the party since taking over as state leader last year.

“This weekend it is vital we take the time to look closely at ourselves and assess how we can improve, how we can make ourselves better able to serve Queenslanders,” he told the annual convention in Brisbane on Saturday.

“It is equally vital that after this weekend – the time has come; we must stop talking about ourselves.

“While there may be some curiosity for our internal machinations, ultimately Queenslanders want to hear from us about how we will help them with the issues that impact their everyday lives.”

In the months leading up to the vote, Ms Frecklington suffered a number of damaging leaks from within the LNP.

The party has also been riven by factions including the Liberals, Nationals, the Christian right and newer members, who only know a united LNP.

“The Liberal and National parties of Australia have a hard-earned reputation for being responsible economic managers,” he said.

“While we should be proud of this reputation, it sometimes gives the impression that we are devoted to the bottom line rather than people.

“Responsible management of the economy is merely a tool to achieve our core mission. We must provide people with the opportunity to live their lives, raise a family and fulfil their dreams.

“That is a strong economy.”

The opposition leader pledged to continue to push the state Labor government on integrity matters, deliver better healthcare and deal with youth crime.

He again criticised the premier’s backflip on her promise not to attend Friday night’s Olympic opening ceremony in Tokyo.

Mr Springborg served in state parliament for 27 years and drove the Liberal and National parties to merge in 2008.

Becoming LNP president is a turnaround after he was dumped from the party executive following internal bickering last year.

Mr Crisafulli said it was time for the LNP to move forward in unity as the parties had intended 13 years ago.

“We can and should have our arguments, but they should be arguments about ideas, not personalities,” he said.

“The leadership, including me, should not be exempt from criticism, but it must be in here and lead to better policies, not belligerent politics.”

Tokyo Olympics: Lizzie Deignan will rely on ‘racing instinct’ to challenge the Dutch in road race

Canada election 2021: What are the Alberta ridings to watch for a possible political…

How FCC tries to fight robocalls