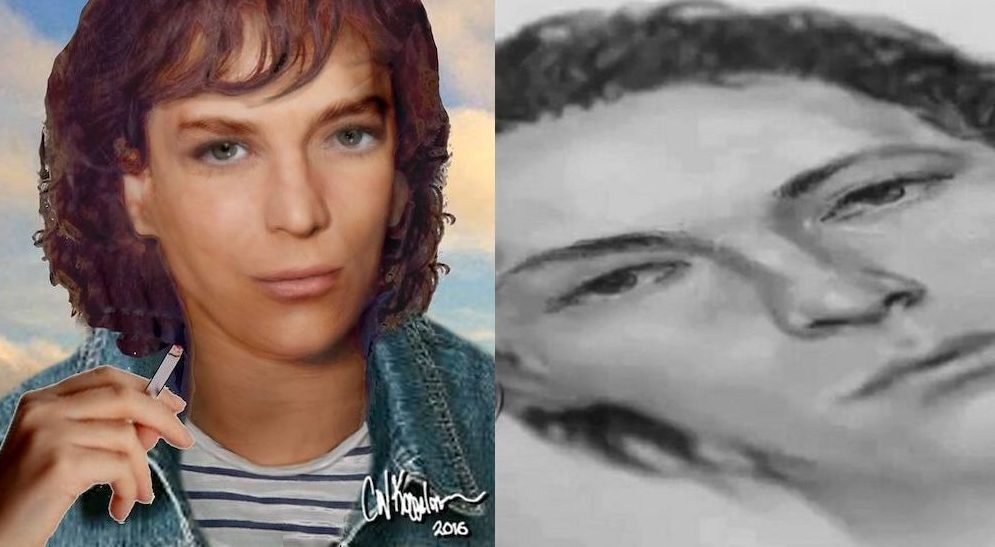 They found her body in a dumpster in Yonkers north of New York City in 1992.

The murder victim went down as a Jane Doe.

Somewhere along the line, the attractive woman encountered a Long Island postal worker named Robert Schulman. She had no way of knowing Schulman was a serial killer who would murder six women before he was nabbed by cops.

Her dismembered body was discovered on June 27, 1992 and the remains were buried in an unmarked grave sometime in 1993.

In December 2021, Yonkers Jane Doe was identified as Meresa Hammonds who was 31 at the time and lived in New Jersey. She had grown up in Kentucky, one of seven siblings. Before landing in New York, she had also lived in California and Michigan.

The final resting place for Hammonds was the largely African American cemetery, the Frederick Douglass Memorial Park in Staten Island. Quite a ways from where she died and a lot further from her home in Kentucky.

Yonkers cold case Det. John Geiss took charge of the file in 2000 and never stopped looking for answers even though her killer had long been captured and caged.

“She still was a Jane Doe, and that’s not her name,” Geiss told WPIX. “I thought it was important for us, the City of Yonkers, to give her her name back.”

Geiss told the TV station he consulted with ADA Laura Murphy in Westchester County. The cop and lawyer decided to utilize genetic genealogy to discover the real identity of Yonkers Jane Doe.

“We had to get in contact with the FBI,” Geiss said. “Because they have a genealogy unit, two agents who are assigned to this.”

Three weeks later the FBI had a match for the veteran detective. One of Hammond’s nieces had submitted her DNA to one of the sites.

“When I first arrived to the gravesite, it was hard,” he told WPIX, “because all I saw was the stick coming out of the ground. I want it to be a beautiful headstone, with her name on it, when she was born, when she passed away.”

For Di Trapani, it was the end of 29 long years of not knowing what happened to his mother. He said he was adopted by a friend of his mom’s.

As for Schulman, cops pinned the murders of five sex workers between 1991 and 1996 on the perverted postie.

Cops traced Schulman through his blue Cadillac that had been spotted cruising an area where sex workers congregated. The Caddie was registered to his brother and the sleeping bag one of the victims was discovered in was purchased by Schulman at Sears.

Next, women on the game ID’d Schulman as the john cruising the stroll. He was arrested April 6, 1996, and quickly copped to three of the homicides and confessed to the other two later.

Schulman pegged out in prison on April 13, 2006 of undisclosed causes.

411: Toronto cops say that on Wednesday, Sept. 19, 2018, around 8:05 p.m., officers responded to a stabbing in the area of Yonge St. and Wedgewood Dr. Nadar Fadael, 45, was found fatally wounded. Witnesses and CCTV identified Sepehr Yeganehfathollah, now 28, of Toronto as the suspect. He is described as 5-foot-8, with a medium build and a mole on his left cheek. His hair is short on the sides and long on top, described as a fade-style cut, and he has a short beard. He is known to work as a hair stylist. It is believed he fled to his native Iran.

Police consider the suspect to be “armed and dangerous” and say he is aware he is wanted. Detectives believe he had help fleeing the country.

411: Nancy was a happy 15-year-old girl when she disappeared on Jan. 27, 1999 from her apartment in the Regent Park area of Toronto. Described as having brown eyes, black hair, 5-foot-5, 120 pounds with a small black birthmark on her left cheek, she would now be 28.