COVID Omicron variant: What do we know and how worried should we be? 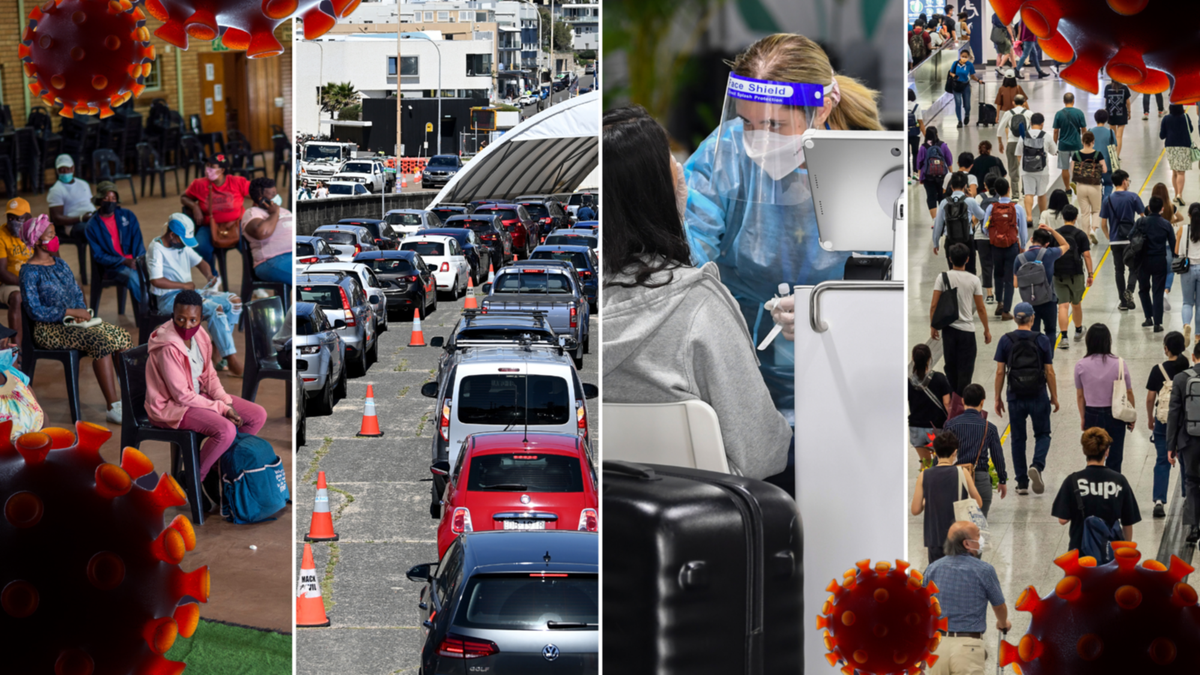 The Omicron COVID-19 variant has now been reported in 77 countries.

But the World Health Organisation’s Dr Tedros Adhanom Ghebreyesus says the reality is that the rapidly-spreading variant “is probably in most countries even if it hasn’t been detected yet”.

For weeks, health authorities have been scrambling to learn more about Omicron which was first identified in southern Africa at the end of November.

In the weeks since then, the number of new Omicron infections in South Africa, the UK and Denmark has been doubling every two days – “an alarming rate of growth”, according to Dr Eric Topol, director of the Scripps Research Translational Institute in California.

On home soil, in less than a fortnight, Australia has recorded more than 100 cases of its own.

In New South Wales, authorities are battling to contain several large transmission events, including cases of Omicron – with 122 cases of the new strain officially recorded in the state and many more expected.

Elsewhere there have been six Omicron cases recorded in South Australia, 13 in Victoria, at least five in Queensland and 14 in the ACT.

So, what do we know about Omicron?

At the end of November, the World Health Organisation (WHO) declared Omicron (B.1.1.529) a “variant of concern” – largely due to its unprecedented number of mutations.

On Tuesday, new data out of South Africa was released, offering some insight into the impact of the Omicron variant.

The analysis suggests the highly transmissible virus may cause less severe disease and that it can be slowed, but not stopped by existing vaccines. The findings are preliminary and have not been peer-reviewed but they line up with early anecdotal evidence.

Is it more transmissible or severe?

Australia’s Department of Health says early data indicates Omicron is more transmissible, but research is required to understand if this is due to “the variant itself or other factors”.

The severity associated with Omicron is also still unknown, but early reports indicate mild disease, at least in the younger population, but some immunity from vaccinations or prior infection could play a role.

In November, Australia’s Chief Health Officer Professor Paul Kelly had flagged it would be difficult to compare data about the severity of illness in South Africa to Australia due to differing vaccination coverage and average life expectancy.

The government said it hoped more information would become available in the coming weeks as “the world works together to understand more about Omicron”.

Can it re-infect or evade vaccine protection?

In its latest report, the WHO said there were early signs vaccinated and previously infected people would not build enough antibodies to ward off infection from Omicron.

The Omicron variant has about 50 mutations not seen in combination before, including more than 30 on the spike protein the coronavirus uses to attach to human cells.

The government said at this stage, current vaccines appeared to remain effective against severe disease and death.

A small study from a South African research institute suggested Omicron could partially evade protection from two doses of the Pfizer vaccine. The drugmaker said a third booster dose of their vaccine was better able to neutralise Omicron in the laboratory.

These findings will need to be compared with how vaccinated people fare in the real world against Omicron.

I need to be very clear: vaccines alone will not get any country out of this crisis

On Wednesday, WHO’s Director-General Dr Tedros warned Omicron was “spreading at a rate we have not yet seen”.

“We’re concerned that people are dismissing Omicron as mild. Even if Omicron does cause less severe disease, the sheer number of cases could once again overwhelm unprepared health systems,” he said.

“I need to be very clear: vaccines alone will not get any country out of this crisis.

“Countries can – and must prevent the spread of Omicron with measures that work today.

Should Australians be concerned?

Epidemiologist Raina MacIntyre from the University of NSW’s Kirby Institute told 7NEWS.com.au that in short, yes.

“We are seeing both Delta and Omicron in Australia currently. The dramatic rise in cases in NSW is mostly Delta, and due to relaxing of restrictions since October – this was expected, but higher than expected at this early stage,” she said.

“With NSW determined to cut mask mandates and proceed with the roadmap, unchanged, despite a rising R0, it is deeply concerning … and to add to that, we have Omicron in the mix with some major superspreader events.”

“With Christmas celebrations, low awareness of the drop in protection from two doses against Omicron, we can expect to see Omicron rising soon.”

Professor McIntyre said boosters would be “critical” in the fight against Omicron.

“While two doses do not protect well against Omicron, the protection jumps sharply after three doses,” she said.

The long delay … is regrettable

“The long delay in allowing the third dose in the middle of an epidemic, with only 3 per cent of the population three-dose vaccinated, is regrettable.

“The only thing that will cushion us against the impact of Omicron will be high rates of third dose vaccination.

Denial of responsibility! NewsConcerns is an automatic aggregator of the all world’s media. In each content, the hyperlink to the primary source is specified. All trademarks belong to their rightful owners, all materials to their authors. If you are the owner of the content and do not want us to publish your materials, please contact us by email – admin@newsconcerns.com. The content will be deleted within 24 hours.
CoronavirusHealth & WellbeingLifestyleNewsPublic healthTravel
0
Share