COVID-19 in Alberta: More than 400 in hospital for first time in months as province adds 3K weekend cases 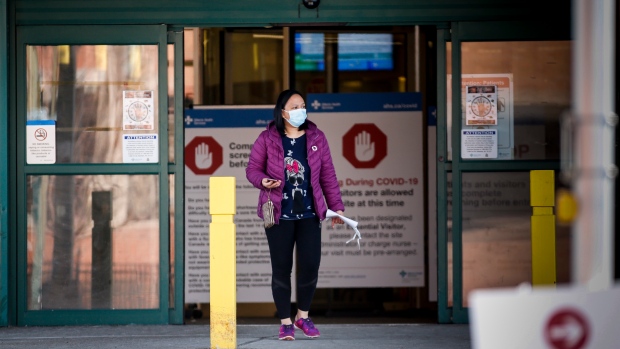 EDMONTON —
The number of COVID-19 patients in Alberta hospitals and intensive care units continued to break months-old records Monday as the province added more than 3,000 cases over the weekend.

There are 401 COVID-19 patients in hospitals, an increase of more than 300 since the start of the month and the highest since June 3.

Included in that count are 98 patients in ICU, the most since June 4 and an increase of 78 since Aug. 1.

The province reported 3,056 new cases over that three-day period, bringing the seven-day rolling daily average up to 1,011, about where it was in mid-May.

Seven new deaths due to COVID-19 were reported Monday, bringing the number of Albertans who have died due to COVID-19 up to 2,371. Forty-four of those deaths have occurred since Aug. 1, including 17 in the past week.

Among eligible Albertans, 77.9 per cent have received a first dose of COVID-19 vaccine and 69.7 per cent have had a second shot.​

The next data update is scheduled for Tuesday afternoon.