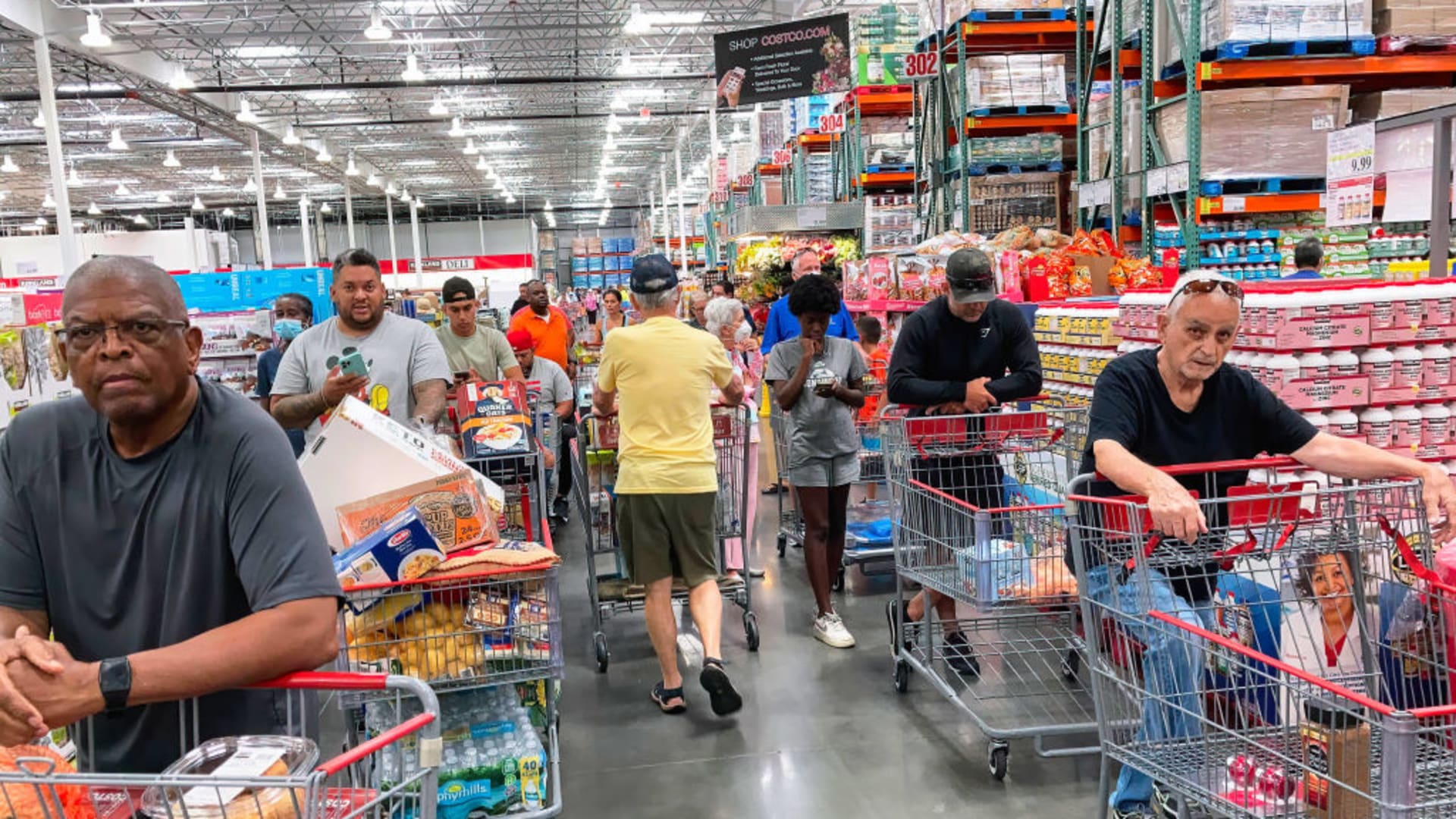 Shoppers wait in a check-out line at a Costco wholesale store in Orlando, Florida.

Costco is still holding off on raising its membership fees after reporting fiscal fourth quarter results that beat expectations.

The retailer typically raises fees around every five years, but hasn’t said when it will do so again after rival Sam’s Club hiked its fee in late August. On Thursday, Costco Chief Financial Officer Richard Galanti noted the company hasn’t yet reached its typical milestone for a hike.

“If you look at June of ’17, plus five years and seven months, you’re talking roughly January ’23,” Galanti said during an earnings call with investors. “Now I’m not suggesting it’s January ’23. I’m just saying it’s not there yet anyway.”

A Costco membership costs $60 a year, or $120 a year for an executive membership that comes with additional perks.

During the quarter ended Aug. 28, Costco said the number of its members increased and that the proportion of executive members now account for a record 44% of members.

For the quarter, Costco reported higher revenue of $72.09 billion, which was slightly above the $72.04 analysts expected. Earnings per share rose from a year ago to $4.20, beating estimates of $4.17.

Gross margins declined in the quarter as inflation drove up costs.

Shares of Costco were down 2% in Friday morning trading.

Costco has kept its prices competitive and even maintained the price of its $1.50 hot dog combo meal as inflation pressures shoppers. Galanti noted a small uptick for the company’s private Kirkland brand products, but said said the company is seeing a relatively strong consumer.

“They’re not trading down. They’re trading up or certainly trading the same,” Galanti said in the earnings call Thursday.

Denial of responsibility! NewsConcerns is an automatic aggregator of the all world’s media. In each content, the hyperlink to the primary source is specified. All trademarks belong to their rightful owners, all materials to their authors. If you are the owner of the content and do not want us to publish your materials, please contact us by email – admin@newsconcerns.com. The content will be deleted within 24 hours.
business newsCostco Wholesale CorpRetail industry
0
Share

Little Richard at 90: The Beatles’ touching memories of their idol – ‘We owe him so much’ | Music |…