Collingwood AFL star Jordan De Goey opens up on his battle with ADHD: ‘I will drink until I’m drunk’ 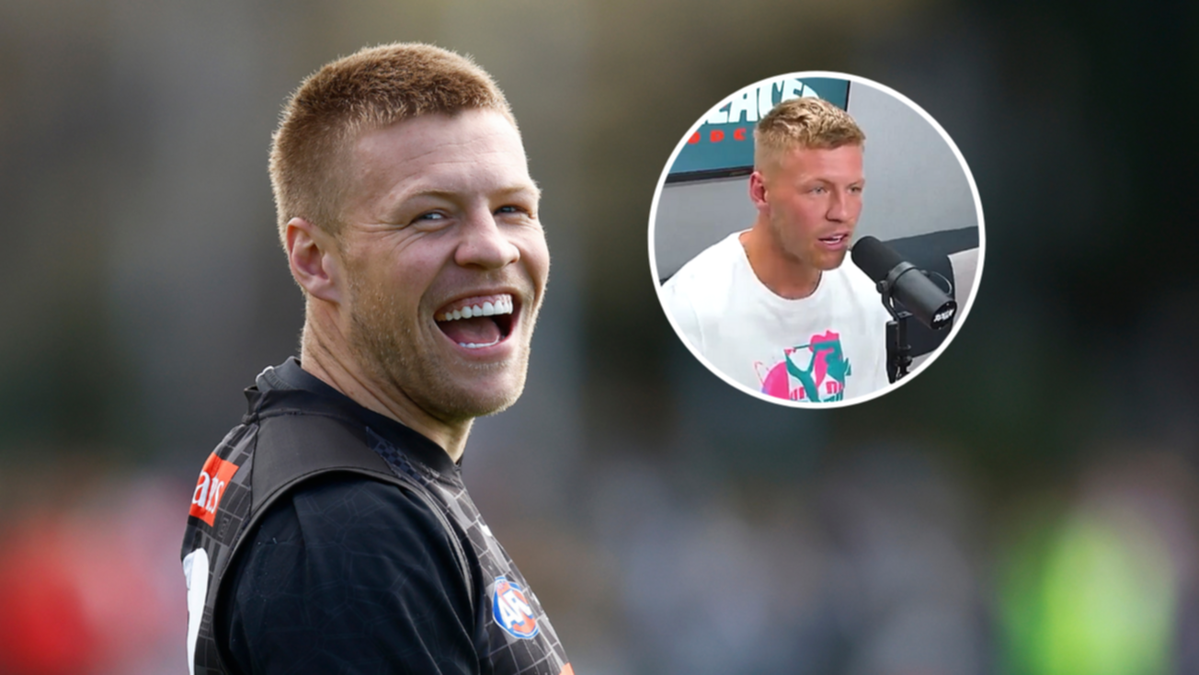 Collingwood star Jordan De Goey has opened up on the “double-edged sword” that makes him – at times – a dazzling footballer but also contributes to the behaviour that lands him in hot water.

After a string of controversies in 2022 and 2021, De Goey believes he has got his life back on track and is ready to put the past behind him and focus on his footy.

WATCH THE VIDEO ABOVE: Jordan De Goey opens on life with ADHD.

The Magpie bull has endured a horror 13 months that started back in October last year where he ended up in a Manhattan prison and pleaded not guilty to a charge of forcible touching following an incident in a New York night club.

More controversy followed in the middle of 2022 when a video emerged of him partying in a Bali nightclub and touching a woman’s breast. He was forced to apologise for his behaviour and later revealed he had attention deficit hyperactivity disorder (ADHD).

“If we are having drinks I will drink until I am drunk. It’s not one or the other. I will never do anything half-arsed,” De Goey said on the podcast Unlaced.

“It is one of those things where, in terms of footy I wouldn’t be the footy player I was without it,” De Goey explained.

“And this is sometimes the issue. I will do it and think about the consequences afterwards. It’s a double-edged sword.”

De Goey said that he still struggled with ADHD and everyday it was a challenge.

“It’s a hard one because I am still learning about it (ADHD) now. It’s almost like this hyper-focus and then just a massive drop off,” he said.

“I can’t sit still, I can’t go home and put the TV on and watch a movie, I can’t do that. I need to be out of the house. It just pisses me off being inside.”

In September, De Goey rejected a huge offer from St Kilda to re-sign with the Magpies on a five-year contract.

He has played 137 games for Collingwood and has been putting in the hard work to ensure a successful season next year.

“For me, this off-season is all about running. Trying to get as fit as possible but also in saying that, doing leg exercises that will hold your muscles in good stead,” De Goey said.

“It’s probably right up there with everything that I’ve done before but just in terms of getting running coaches, dieticians … just really wanted to hit the ground running and build those little habits now that will hold me in good stead for the season.

“At this stage, I’m really enjoying it, we’ve been putting in some good work.”

De Goey has formed a close bond with Collingwood coach Craig McRae and captain Scott Pendlebury and said the pair have been a big help for him as he looks to return to career best form.

“(McRae) has been one of the best things that has happened to the Collingwood Football Club,” De Goey said.

“People do at times think you are almost invincible. I deal with stress. I deal with anxiety, I deal with everything else everyone else does,” De Goey said.

Denial of responsibility! NewsConcerns is an automatic aggregator of the all world’s media. In each content, the hyperlink to the primary source is specified. All trademarks belong to their rightful owners, all materials to their authors. If you are the owner of the content and do not want us to publish your materials, please contact us by email – admin@newsconcerns.com. The content will be deleted within 24 hours.
AFLCollingwood MagpiesSport
0
Share