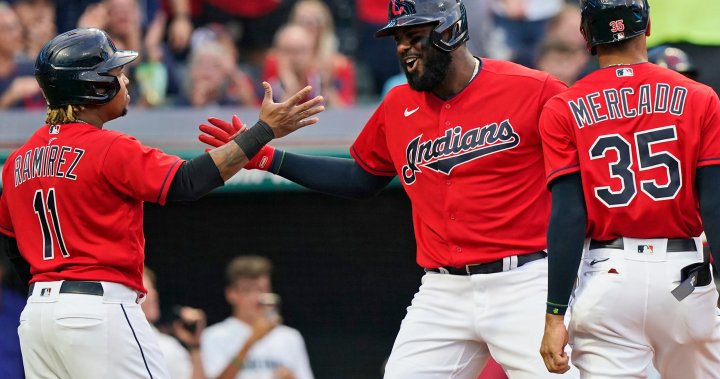 Known as the Indians since 1915, Cleveland’s Major League Baseball team will now be called the Guardians.

The baseball club announced the name change on Friday with a video on Twitter narrated by actor Tom Hanks, ending months of internal discussions triggered by a national reckoning by institutions and teams to permanently drop logos and names considered racist.

Together, we are all… pic.twitter.com/R5FnT4kv1I

The choice of Guardians will undoubtedly be criticized by many of the club’s die-hard fans.

The organization spent most of the past year whittling down a list of potential names that was at nearly 1,200 just over a month ago. But the process quickly accelerated and the club landed on Guardians.

In 2018, the Indians stopped wearing the contentious Chief Wahoo logo on their jerseys and caps.

However, the team continues to sell merchandise bearing the smiling, red-faced caricature that was protested for decades by Native American groups. For years, those groups and others have protested against Cleveland’s use of the name as its name and imagery, used by the American League charter franchise founded in 1901.

Cleveland’s move away from the team’s original name follows a similar decision in 2020 by the NFL’s Washington Football Team, which was previously known as the Redskins.

Denial of responsibility! NewsConcerns is an automatic aggregator of the all world’s media. In each content, the hyperlink to the primary source is specified. All trademarks belong to their rightful owners, all materials to their authors. If you are the owner of the content and do not want us to publish your materials, please contact us by email – admin@newsconcerns.com. The content will be deleted within 24 hours.
Cleveland Baseballcleveland guardiansCleveland Indianscleveland name changeguardians baseball teamMLBracist team nameSports
0
Share