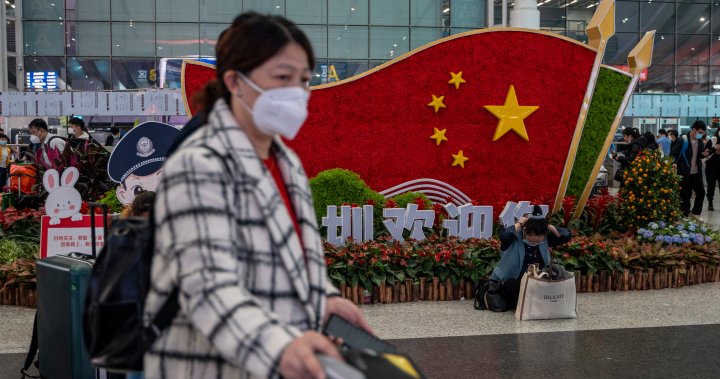 China’s daily new COVID-19 infections hit a peak of more than 7 million per day around Dec. 22, while deaths reached a daily peak of more than 4,000 on Jan. 4, the country’s Centre for Disease Control and Prevention said on Wednesday.

The figures, published on the centre’s website, come after a prominent government scientist said over the weekend that 80 per cent of China’s 1.4 billion population have already been infected, making the possibility of a big COVID-19 rebound over the next two or three months remote.

COVID-19 in China: Expert says 80% of population have been infected

Nearly 60,000 people with COVID had died in hospital as of Jan. 12, roughly a month after China abruptly dismantled its strict zero-COVID policy, according to government data.


But some experts said that figure probably vastly undercounts the full impact, as it excludes those who die at home and because many doctors have said they are discouraged from citing COVID as a cause of death.

Denial of responsibility! NewsConcerns is an automatic aggregator of the all world’s media. In each content, the hyperlink to the primary source is specified. All trademarks belong to their rightful owners, all materials to their authors. If you are the owner of the content and do not want us to publish your materials, please contact us by email – admin@newsconcerns.com. The content will be deleted within 24 hours.
ChinaChina covidChina covid-19China NewsChina todaychina updatechina updatesCOVID
0
Share

GARGOYLES #2 is out today!