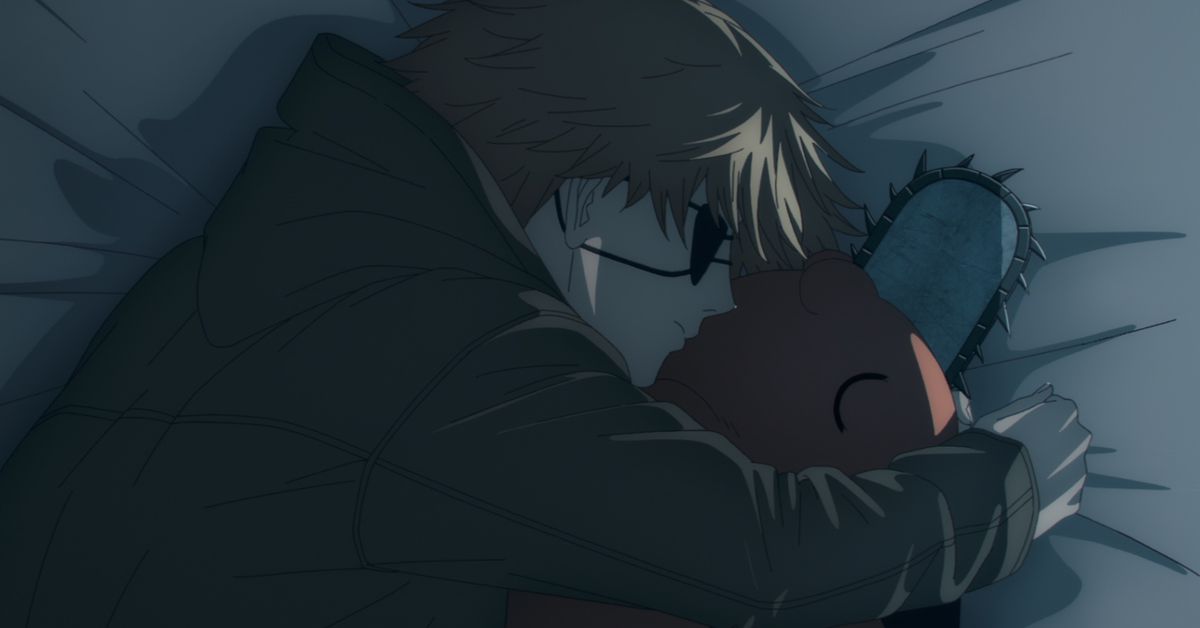 For weeks, my social media feeds have been filled with folks who are very excited about an anime series featuring a man with a chainsaw for a face. It’s called Chainsaw Man. Not being familiar with the original manga, written by Tatsuki Fujimoto, I didn’t quite get what the excitement was about, but I was certainly intrigued, especially with anime studio MAPPA involved (that’s the team behind, among other things, Yuri!!! on Ice). And now that I’ve watched one single episode, I totally get it — the adrenaline has me feeling like I just downed a six-pack of Red Bull.

Chainsaw Man is a story about Denji, a poor kid saddled with his father’s inherited debt, who is forced to extreme measures to earn some cash. Sometimes he sells organs — that’s why he wears an eye patch — but most of the time, he uses his pet, a cute little pup named Pochita that has a chainsaw wedged in its face, as a money-making tool. That chainsaw can be used for logging work, or more often, the two team up to slice up scary monsters and collect a bounty. Monsters in this world are called devils, and so Denji makes a living as a devil hunter.

It’s not much of a living, though. The two live together in a tiny shed and spend so much repaying the debt that there’s barely anything left over to even eat. Denji has dreams of living a normal life, which, for him, means being able to afford some jam to slather onto the single slice of bread he eats for dinner. Things get even worse when Denji’s yakuza boss lures him into a trap that involves being torn to bits by a group of zombies.

But then something strange happens — I won’t spoil all the details — and Denji and his chainsaw-wielding pup essentially merge into one. Denji pulls a cord on his chest, and then his face and arms turn into chainsaws, which he uses for a brutal and bloody dismemberment of the zombie hordes.

It’s kind of like a superhero origin story, only extremely gruesome. And it helped me understand why everyone seems so hyped about this show — it’s just so freakin’ cool. Things start out a little slow as the show builds up Denji’s tragic backstory, but once the action kicks in, it’s a beautifully balletic, bloodstained spectacle that’s just a lot of fun to watch. The monster designs are especially great, including Denji’s chainsaw look, which reminds me a bit of Pyramid Head. I really love the way the chainsaws melt away when he returns to his normal form.

One 25-minute-long episode is obviously not enough to judge a whole show, but it most definitely hooked me. The mixture of drama, silliness, and overwhelming violence is balanced just right and gives the show a very distinct flavor. The first episode ends with Denji joining up with a team of monster hunters, promising plenty more action as we go — and, just maybe, a chance for a proper piece of toast.