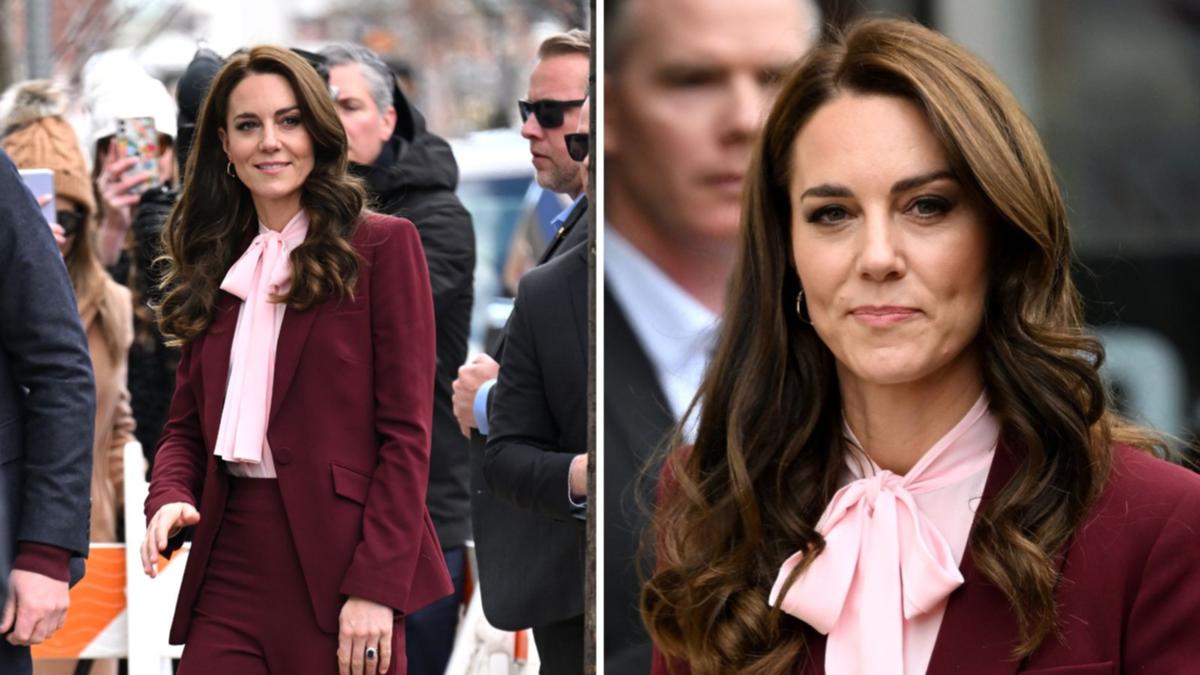 Some royal fans and close confidants have voiced their shock at the use of a “stern” image of Catherine, Princess of Wales in the Duke and Duchess of Sussex’s upcoming Netflix documentary.

Released on Friday, the minute-long trailer teases what may be in store from the six-part series, to drop next week.

WATCH THE VIDEO ABOVE: Harry & Meghan’s trailer overshadows William & Catherine’s trip to the US.

Friends of Prince William and Catherine are reportedly “sickened” by it.

“I was appalled when I watched this trailer, frankly, It’s everything we feared,” royal expert Richard Eden told Mail+.

Eden spoke with friends of the royal couple following the release of the trailer, and said they are “frankly sickened” by its contents.

“The use of William and Catherine and the image and the way it’s presented, my goodness,” he explained.

The documentary shows a photo of Meghan in tears clutching a phone before the sound of glass shattering plays as it pans to Kate sending a ‘stern’ look towards the camera.

The image was taken during the Commonwealth Day service in 2019, with Prince Harry and Meghan seen seated behind the Prince and Princess of Wales in the photo.

Over the image is a voiceover from Harry who says, “No one sees what happens behind closed doors”.

Eden continued: “You see Meghan with her head in her hands and distraught and then it pans immediately to a stony-faced stern image of Catherine at Westminister Abbey at that Commonwealth Day service in 2019.”

He addressed reports at the time that William and Kate “refused to even make eye contact” with the Sussexes and this led to “disappointment”.

“The friends of William and Catherine point out (about the image used), they seem to have gone to great lengths to find the one unflattering image of Catherine for this trailer,” he added.

“The timing of this trailer could hardly be worse.”

Eden pointed to the fact that its release came as Kate and William embarked on a visit to the US, their first in eight years.

“It’s a deliberate attempt to upstage them, and the use of their images in it really rams that point home,” he said.

“This documentary series is meant to be about Harry and Meghan, and yet they’re featuring William and Catherine in the one-minute trailer. It really is appalling.”

Along with Eden, others on Twitter agreed with the unnecessary addition of Kate in the trailer.

“@netflix you don’t think the reason Kate and William look so stern in your trailer is a result of Harry and Meghan’s horrendous and disloyal behaviour?” one fan had the opinion.

“Super manipulative! Adding a stern-looking William and Kate photo in,” another said.

“The sound of glass breaking as it cuts from Meghan Markle crying to Kate and William staring at the camera at Commonwealth Day in 2019. Clearly, there are bombshells coming,” a third suggested.

The docu-series Harry and Meghan is set for release on Netflix on Thursday, December 8.

‘Shame on you’: Detail in Harry and Meghan documentary slammed

Denial of responsibility! NewsConcerns is an automatic aggregator of the all world’s media. In each content, the hyperlink to the primary source is specified. All trademarks belong to their rightful owners, all materials to their authors. If you are the owner of the content and do not want us to publish your materials, please contact us by email – admin@newsconcerns.com. The content will be deleted within 24 hours.
EntertainmentRoyal Family
0
Share

Coffee with milk may be anti-inflammatory: study