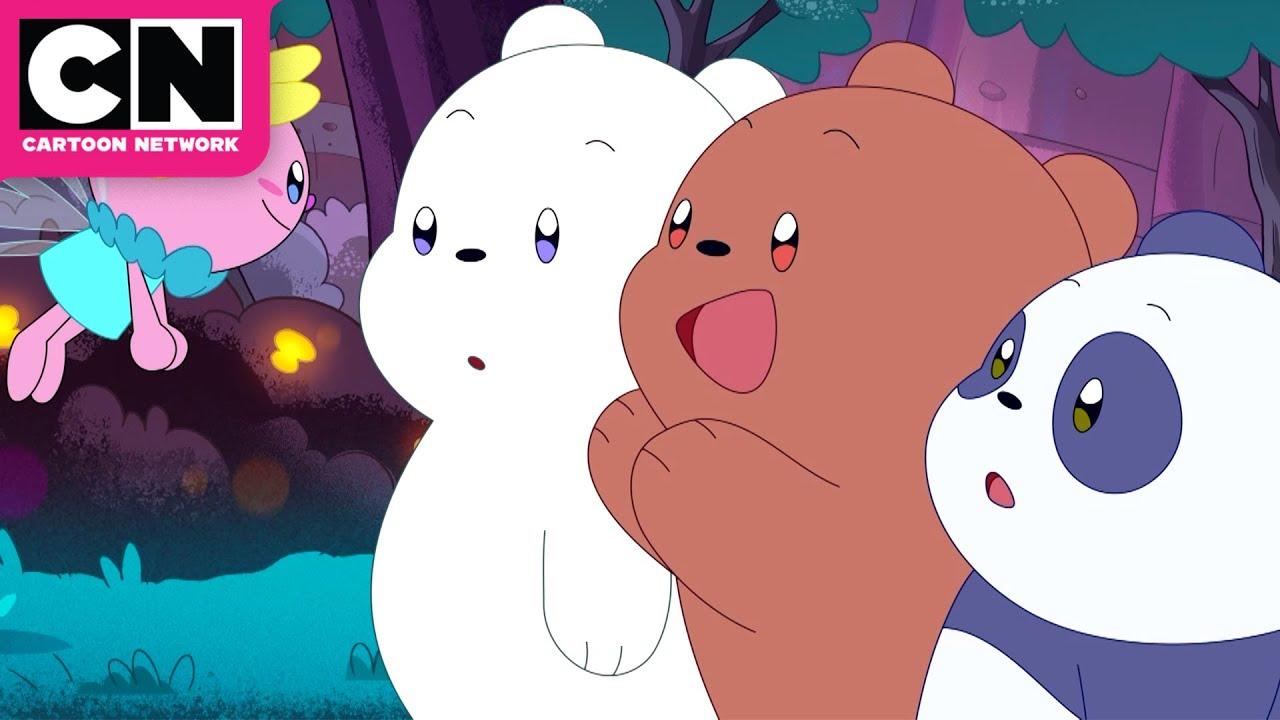 With today helping kick off the holiday season, We Bare Bears fans were given a major gift this morning in the form of the first trailer for Cartoon Network’s spin-off series We Baby Bears. The project was officially confirmed to be moving forward more than a year ago, so given how passionate fans are about the proper series as well as how long they’ve been waiting for updates on this spin-off project, fans are sure to be thrilled to see our first glimpses at the project. The new We Baby Bears trailer came with the tease that the new series was “coming soon.”

“We Baby Bears features the Baby Bears on their search for a place they can settle down and fit into,” Cartoon Network’s description for the new series reads. “Each episode transports them into vibrant and colorful worlds, where they befriend legions of familiar fairytale faces. During their nonstop crusade, they are faced with the decision to stay or to continue on their journey for a permanent abode they can call home.”

In addition to this project being a prequel to the original We Bare Bears series, it also offers up audiences a different animation style from the source material.

“Manny’s admiration for anime and music come to life in this fresh new expansion of a beloved franchise,” Tom Ascheim, President, Warner Bros. Global Kids, Young Adults and Classics (GKYAC), shared in a statement when the project was announced. “The spectacular landscapes and musical inspirations transform this new series into an unforgettable journey for all We Bare Bears‘ fans and beyond. And did I mention they are baby bears!”

The original We Bare Bears series ran for four seasons, starting in 2015 and concluding in 2019. Luckily, last year saw the continued adventures of the beloved characters, as we were delivered We Bare Bears: The Movie, which served as a culmination of the entire series.

We Bare Bears is a BAFTA Award-winning series about three brothers trying to fit in and make friends…which can be kind of hard to do when you’re a bear in a big city. Grizzly, Panda, and Ice Bear are masters of the selfie, fans of the food truck, and chasers of internet fame. While fairly savvy about the modern world, they always seem to find their way in to wild adventures and hilarious trouble. Grizzly, the oldest bear, leads his younger brothers, Panda and Ice Bear, with endless optimism that tends to result in disaster.

Stay tuned for details on We Baby Bears.

Are you looking forward to the new series? Let us know in the comments below!

Denial of responsibility! NewsConcerns is an automatic aggregator of the all world’s media. In each content, the hyperlink to the primary source is specified. All trademarks belong to their rightful owners, all materials to their authors. If you are the owner of the content and do not want us to publish your materials, please contact us by email – [email protected]. The content will be deleted within 24 hours.
Cartoon NetworkclipfootagespinoffteaserTrailerWe Baby BearsWe Bare Bears
0
Share

Macy’s Thanksgiving Parade Returns, With All The Trimmings

Netflix’s genre slate for 2022 includes The Sandman and The Witcher: Blood Origin

At the Fashion Awards in London, Mourning and Celebration