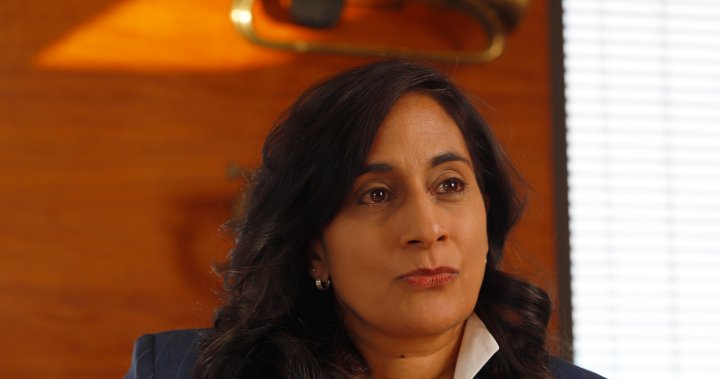 Defence Minister Anita Anand says while the Liberal government’s promise to provide a 200-soldier force to United Nations peacekeeping “is not off the table,” it is being considered alongside Canada’s many other international priorities.

Prime Minister Justin Trudeau first pledged the quick reaction force to a future UN mission while hosting an international peacekeeping summit in Vancouver in 2017, yet the Liberal government has yet to make good on the promise.

That is despite the UN having said it needs such forces now, and the U.S. having asked Canada last month to fulfil its commitment.

Washington’s request came ahead of a follow-up summit in South Korea, where countries were asked to provide new commitments to fill gaps in both funding and peacekeeping missions in the field in Africa and elsewhere..

While Anand made no mention of the quick reaction force while attending the Seoul summit online on Dec. 2, the minister told The Canadian Press in an interview this week that the promise has not been abandoned — at least not yet.

“It is not off the table, but it is something that is still under discussion,” she said.

The minister indicated those discussions involve considering not only Canada’s commitment to the UN, but also its promises to the NATO military alliance and support to countries such as Ukraine, where Canada has 200 military trainers.

Anand did not offer a timeline on a decision, but the UN recently said it currently needs five quick-reaction forces to help provide security to peacekeeping missions in Africa and elsewhere.

The Liberal government previously said it had given itself five years to produce the quick reaction force.

A look at Canadian peacekeeping 25 years after Rwanda

The U.S. had also asked Canada to come to the South Korea summit with plans to pledge drones and medical units for peacekeeping. The request was in a letter sent to Global Affairs Canada, a copy of which was obtained by The Canadian Press.

Yet Anand did not make any new commitment of Canadian troops or military equipment, and instead pledged $85 million — money that experts have acknowledged represents a significant financial commitment compared to other countries.

1:10
Trudeau says UN Security Council was a ‘means’ for Canada to have a voice on the world stage

Trudeau says UN Security Council was a ‘means’ for Canada to have a voice on the world stage – Jun 22, 2020

Asked about the lack of new troop commitments, despite the U.S. request and the UN’s needs, Anand indicated the discussions around the quick reaction force applied to Canada’s overall involvement in peacekeeping.

“Our commitment of 200-plus trainers on the ground is extremely important for the ability of the West as a whole to have a presence in (Ukraine) in terms of protecting peace and democracy and upholding a stable government there,” she said.

“We will continue to respect our relationships and allegiances with the United Nations and with NATO and our multilateral alliances. And so peacekeeping is part of that.”

Experts have suggested the lack of troops pledged at the South Korea summit has all but stamped out any hope the Liberals will make good their previous promises to re-engage in peacekeeping.

They have also warned it will hurt Canada’s credibility on the issue for the foreseeable future.

Canada had 58 police and military personnel deployed as peacekeepers at the end of October, according to the UN. While that was up from the record low of 34 in August 2020, it was still less than half the number when the Liberals took power in 2015.

Denial of responsibility! NewsConcerns is an automatic aggregator of the all world’s media. In each content, the hyperlink to the primary source is specified. All trademarks belong to their rightful owners, all materials to their authors. If you are the owner of the content and do not want us to publish your materials, please contact us by email – admin@newsconcerns.com. The content will be deleted within 24 hours.
CanadaCanada peacekeepingCanada peacekeeping missionCanada UN PeacekeepingCanadian Armed ForcesCanadian Militarycanadian military peacekeepingPolitics
0
Share

How Can People Harmed by Climate Change Be Compensated?