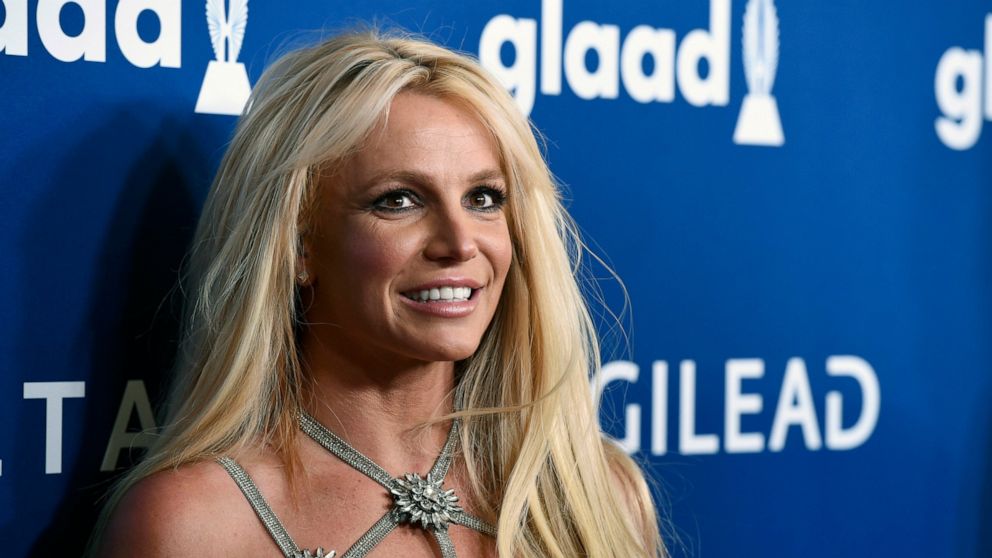 They most often involve people with developmental or intellectual disabilities or those with age-related issues like dementia or Alzheimer’s.

But the advocacy groups contend that conservatees like Spears can become trapped in a system that removes their civil rights and the ability to advocate for themselves.

The Professional Fiduciary Association of California, which represents many of those appointed as conservators, did not immediately comment, but said answers to many questions about the process can be found at https://californiaconservatorshipfacts.com

“Conservatorships should be rare, and the last resort,” said Judy Mark, president of Disability Voices United, a Southern California advocacy group. “The default should be that people with disabilities retain their rights and get support when they need it.”

The groups backed legislation by Democratic Assemblyman Brian Maienschein that will also make it easier to end conservatorships for people who want out.

They are promoting instead what are known as “supported decision-making” agreements as a less restrictive alternative. They allow people with disabilities to choose someone to help them understand, make and communicate their choices, but allow the person to still make the decision.

California law says conservatorships should only be ordered if a judge rules they are the least restrictive alternative. But the advocates contend they are often imposed without examining other options.

Maienschein’s bill would require that before granting a conservatorship, judges first document that all other alternatives including supported decision-making have been considered.

It would write supported decision-making into California law and back that alternative with grant programs, training and technical assistance.

The bill also would make it easier to end probate conservatorships by mandating a periodic review, including asking conservatees if they want to make the conservatorship less restrictive or end it entirely.

Conservators would also be required to consult with the conservatees and make decisions that reflect the conservatee’s wishes or previously expressed preferences.

Before his election to the Legislature, Maienschein was a law clerk for a San Diego Superior Court judge who oversaw conservatorships.

“I saw firsthand the role that the court plays in establishing conservatorships, and the potential for abuse,” he said during an online news conference. “The system in California is in desperate need of reform.”

He called Spears “arguably the world’s most famous conservatee,” but said his bill would aid the many others who don’t have “the benefit of worldwide fame to shine a light on her case.”

Spears drew widespread attention to the issue, culminating in November when a Los Angeles judge ended the conservatorship that controlled the pop singer’s life and money for nearly 14 years.

“I believe that if AB1663 had been in effect 13 years ago, the court would have been unable to conserve Britney Spears, and now Britney’s story lights the way for where changes in our laws need to be made,” said Mark, of Disability Voices United.

Advocates said it is unclear how many people are under conservatorships in California because the data isn’t collected. They said Spears’ battle is an example of how conservatorships are too easily imposed and too difficult to end.

She was a 26-year-old new mother who’d had several public mental health struggles during the height of her career in 2008, when her father sought the conservatorship, at first on a temporary basis.

Spears was not present at the court hearing where her constitutional rights were assigned to her father, nor were less-restrictive measures attempted before putting her under a conservatorship, said Free Britney L.A. organizer Leanne Simmons.

It ended only after Spears engaged in a multiyear struggle, and after she won the right to pick her own attorney.

“While unique in many ways, it follows a very common pattern of exploitation within the probate court system here in California,” Simmons said.

Maienschein’s proposal is the latest attempt to reform conservatorship laws, in California and across the U.S.

California last year approved a law providing more oversight of professional fiduciaries, allowing those under conservatorships to choose their own attorneys, and punishing financial, physical or mental abuse with fines up to $10,000.

Elsewhere last year, New Jersey limited those who can seek to have someone placed under a guardian, as the process is known in some other states, while Oregon required that anyone under a guardian gets free legal assistance. New Mexico has made a variety of changes since 2018, while Nevada earlier required legal counsel for adults under guardianships.

The process addressed in Maienschein’s bill is generally different from the mental health conservatorships that California Gov. Gavin Newsom and others have promoted for increased use to aid those who are severely mentally ill and also homeless. Newsom last week promised legislation this year to make those sorts of conservatorships easier, without providing details.

Denial of responsibility! NewsConcerns is an automatic aggregator of the all world’s media. In each content, the hyperlink to the primary source is specified. All trademarks belong to their rightful owners, all materials to their authors. If you are the owner of the content and do not want us to publish your materials, please contact us by email – admin@newsconcerns.com. The content will be deleted within 24 hours.
Arts and entertainmentCelebrityCelebrity causesEntertainmentGeneral newsLaw and orderLegal prPolitical activism
0
Share