Budget, treat, splurge in Marseille-Provence: where to stay, eat, and explore | Bonjour Provence and Côte d’Azur 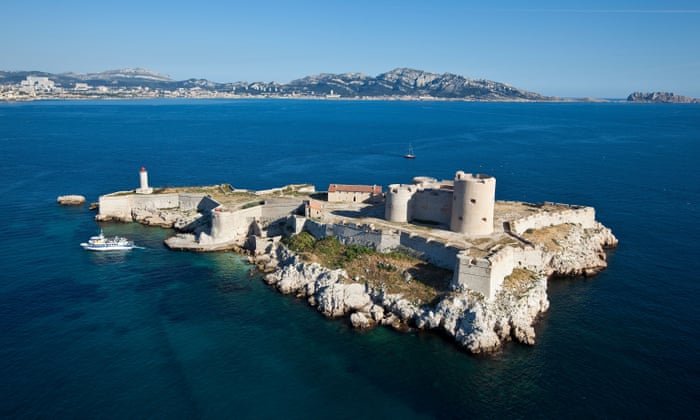 Marseille is France’s second city and the capital of sunny Provence, famed for its diversity, vibrant street life, and mix of metropolitan culture and Mediterranean beaches. As late summer melts into early autumn, temperatures are warm and balmy, making this the ideal time to enjoy shops purveying pure chic and a culinary scene celebrated by the late, great Anthony Bourdain.

Whether you’re looking to holiday on a shoestring, or blow the budget, here’s where to stay, eat and explore in Marseille and Provence this autumn/winter …

Budget: Hotel Le Cassitel, Cassis
Cassis is famous for the beauty of its cliffs, creeks and crystal waters. If you’re planning to party, Hotel Le Cassitel is perfectly situated between the port and the beach, near shops, restaurants and nightclubs.

Treat: Hotel La Résidence du Vieux Port, Marseille
Nestled in the Old Port in Marseille, facing Notre-Dame de La Garde, the beautiful “arti-chic” decor of this hotel is an homage to the 1950s. One night in your retro room and you’ll feel like a star of the French New Wave.

Splurge: Chef and guide services Jonathan Chiri, Avignon
After four years working at Michelin-starred La Mirande in Avignon, Jonathan Chiri became chef-instructor at its cooking school, Le Marmiton. Now, he offers tailored foodie experiences which combine his love of food with the local countryside, including a food and wine tour – on bicycles.

Budget: Château d’If, Marseille
Built as a fortress to defend Marseille against invasion, the Château d’If later became an escape-proof island prison. In the 19th century its legend was immortalised by French novelist Alexandre Dumas – who used it as a setting for The Count of Monte Cristo – and Gaston Crémieux, the revolutionary leader of the Marseille Commune, who was shot here in 1871.

Treat: Grotte Cosquer, Marseille
The original Grotte Cosquer is decorated with 500 works of prehistoric cave art. Discovered by a local diver in 1985, it lies 37 metres below sea level. This brand spanking new replica, which has just opened on Marseille’s esplanade, offers an immersive impression of the awe-inspiring ancient cave, involving small, autonomous exploratory vehicles on a journey below sea level.

Splurge: Tailor-made trips by Curious Provence
For a truly luxurious break from the pressures of normal life, you can outsource your itinerary to Curious Provence. Run by Provence enthusiast Ashley Tinker, the Canadian-born photographer will not only plan outings based on your specifications, giving you a real insider’s feel for the region, but she can also beautifully photograph your excursions too.

Budget: Mx, Marseille
Concept bars are usually based on looks, however Mx is unique for being rooted in taste … the taste of aniseed, that is – the key ingredient of pastis and absinthe, known locally as “the taste of the south”. Located in the heart of Marseille’s Joliette district at Docks Village, Mx’s store, bar, restaurant and events are all dedicated to the star spice.

Treat: Les Grandes Halles, Marseille
Who could say “non” to 2,000 sq metres of the finest food from all over the world, plus 400 seats you can eat it on while sunbathing? Opened this July in the newly converted naval arsenals, Les Grandes Halles also hosts a farmers’ market, greengrocer and brewery.

Splurge: Nightclub Les Ambassadeurs, Avignon
There’s nothing like a disco for blowing off steam on holiday. Dancing queens of all genders should head straight to the Rue Bancasse for Avignon’s top nightclub, known to locals as “Les Ambas” and loved for its sequins, mirror balls and alcoves.

Budget: Les Navettes des Accoules, Marseille speciality, Marseille
Invented by a Marseille baker in 1781, Navettes de Marseille are sweet, hard, cream-coloured biscuits, shaped to resemble the miraculous “nave” boat that transported St Lazarus and Mary Magdalene from the Holy Land to the shores of Provence 2,000 years ago. Today they remain the specialty of artisanal baker José Orsoni, taste like orange blossom and remain fresh for a year, making them the ideal gift to take through customs.

Treat: Alyscamps, natural cosmetics, Arles
Julie Faivre-Duboz, the founder of Alyscamps, is a doctor of pharmacy who set up her own natural cosmetics brand to respond to the individual skin needs of her family. Her creams, which have a rich, melting texture, are 97-99% natural in origin, and derived from the native plants of Provence, including olive, fig, sunflower, pistachio, and apricot. Très jolie!

Splurge: Jogging, shop and restaurant, Marseille
Fashion is so French we stole the word “chic” from them, so no trip to Marseille would be complete without some serious retail therapy – and Jogging is the hottest boutique in town. Founded in 2014 by fashion photographers Olivier Amsellem and Charlotte Brunet, Jogging has backed brands such as Jacquemus, Marine Serre and Charlotte Chesnais from the start of their careers. The premises also feature vintage designer furniture, a restaurant and eco grocery store. Tres chic, indeed!

Budget: Croisières Marseille Calanques
The Mediterranean around Marseilles is celebrated for the beauty of its cliffs and creeks (calanques) – and the only way to appreciate them is by boat, since it’s impossible to get to them on land. Touring all 12 calanques between Marseilles and Cassis will take three and a quarter hours. Alternatively, a shorter tour will whizz you around the six largest between Callelongue and Sugiton in just two.

Treat: Les Mines de Bruoux, Luberon
Ochre is hot right now thanks to Kanye’s 2022 Yeezy slides, but it’s been in fashion in Provence since the Paleolithic era. At the Broux mines in Gargas, you’ll find dizzying cliffs in this most on-trend of colours and a gigantic labyrinth of underground galleries and arched passages where the labour of generations of miners has exposed the natural beauty of the earth below.

Splurge: Rent Carro beach house, for a surf, yoga and bike trip, Côte Bleue
The Carro beach house compound consists of five independent houses for rent, including the villa Les Tamaris, which boasts 10 bedrooms, a summer kitchen and a private pool. Situated in a small village at the very end of the Blue Coast, this is the ideal place for hikers and bikers – thanks to a multitude of nearby paths – and lovers of the life aquatic, due to its world-famous windsurfing and water sports.

Discover a new side to the south of France with an off-season trip to Marseille. With EasyJet flights from various UK airports, it’s never been easier to catch some autumn sun. Find out more at easyjet.com

Marcus Smart: ‘We don’t know anything’ about Udoka situation