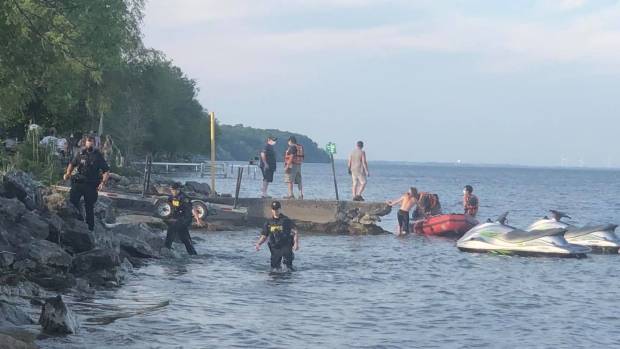 MIDDLESEX CENTRE, ONT. —
Ontario police have identified a boy who drowned in Lake Erie on Saturday as eight-year-old Mustapha Adam of Toronto.

On Sunday afternoon, the body of the boy was pulled from the waters off Turkey Point by the Ontario Provincial Police (OPP) Underwater Search and Recovery Unit and the Marine Unit.

Officials say he was found just over 180 metres from the shoreline off Cedar Drive.

Emergency crews had responded for reports of a missing child around 5:30 p.m. Saturday and began a search that included support both on the water and in the air.

Adam had last been seen swimming toward shore after abandoning a floating raft that had drifted far out into the lake.

Family members contacted police after they were unable to locate him.

OPP Acting Sgt. Ed Sanchuk said in a statement, “The OPP would like to take this opportunity to say thank you to witnesses that provided information to the investigating officers, and to everyone in the Turkey Point Community that offered their assistance to the family while dealing with this tragedy.”

Apple FaceTime for Android, Windows users will work this fall