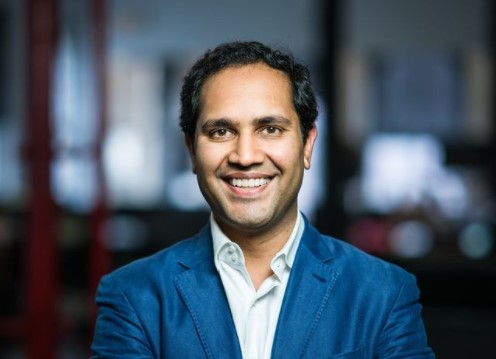 The CEO for Better.com has issued an apology to his current former employees after he made international headlines this week for the way he handled a mass layoff in his company.

Vishal Garg, the head of the digital mortgage company, jumped on a Zoom call last Wednesday to abruptly inform more than 900 of his employees that they were being terminated.

“If you’re on this call, you are part of the unlucky group that is being laid off,” Garg said on the call.

Garg expressed regret for the way he handled things Tuesday, posting an apology to his website.

“I want to apologize for the way I handled the layoffs last week,” Garg wrote. “I failed to show the appropriate amount of respect and appreciation for the individuals who were affected and for their contributions to Better.

“I blundered the execution.”

The layoff call lasted all of three minutes and resulted in the termination of nine per cent of the company’s staff.

“This is the second time in my career I’m doing this, and I do not want to do this. The last time I did it I cried,” Garg said on the call. “Um, this time, I hope to be stronger.”

Just three weeks out from Christmas, Garg said each terminated employee would receive about a month’s severance pay and three months of benefits. His layoffs included the entirety of the diversity, equity and inclusion recruiting team.

Sources told TechCrunch Tuesday that the company’s vice-president of communications Patrick Lenihan, head of public relations Tanya Gillogley and head of marketing Melanie Hahn have all submitted their resignations.

It’s not the first time Garg has made headlines for the way he treats employees.

In an email obtained by Forbes in 2020, Garg called his workforce a bunch of “dumb dolphins.”

The mortgage lender startup reportedly received US$750 million from investors last week and has recently been valued at around $7 billion, according to Forbes. The company, which says it uses technology to make homeownership “faster and more efficient,” is backed by Japanese conglomerate Softbank.

Denial of responsibility! NewsConcerns is an automatic aggregator of the all world’s media. In each content, the hyperlink to the primary source is specified. All trademarks belong to their rightful owners, all materials to their authors. If you are the owner of the content and do not want us to publish your materials, please contact us by email – [email protected]. The content will be deleted within 24 hours.
900 fired900 layoffs900 terminatedBetter CEO apologybetter.combetter.com layoffsCEO apologizesCEO apology
0
Share