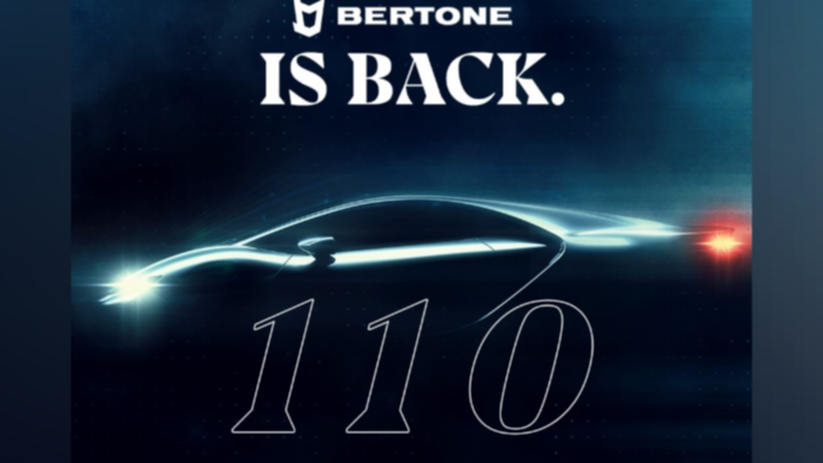 Italian design firm and coachbuilder Bertone is back from the dead and looking to revive itself with a new supercar.

The company was founded in 1912 and is behind the design of iconic cars such as the Lamborghini Miura and Countach, Lancia Stratos, and Citroen XM, among countless others.

Bertone was declared bankrupt in 2014, and then purchased by brothers Jean-Franck and Mauro Ricci in 2020.

Under this new ownership, the company says it still “embodies an exciting modern vision while still maintaining the values upon which its rich and respected history has been built”.

Bertone has launched new social media and started a teaser campaign over the last two weeks for its new supercar which is expected to celebrate the badge’s 110th anniversary.

There isn’t any information about the supercar, besides it being referred to the start of a new chapter for the company and a timeless icon reborn.

The supercar remains nameless for now and it’s unclear when Bertone will reveal it.

There are currently two different teaser photos and a short video on Bertone’s social media which show certain elements of the car.

The car has a traditional wedge-like design with a low front and higher rear, with a number of smooth lines. It has elements that look similar to the Bugatti Chiron.

At the front there’s a set of rectangular LED headlights with vertical LED daytime running lights. There’s a large opening at the bottom of the bumper, as well as vertical vents on the side.

Around the side are traditional side mirrors, pop-out door handles, and a large air vents which hint at the engine being mid- or rear-mounted.

At the back are a set of LED tail lights that are made up of rectangular elements, as well as large trapezoidal exhausts and an intricate rear diffuser setup.

It’s unclear what will power this Bertone supercar just yet, nor how much it will cost.

The company does say that production will be restricted to limited qualities so expect it to be expensive.

Bertone will most likely reveal some more teaser images and videos for this supercar in the coming weeks, which will hopefully gives us more detail.