BC Lions involved in post-game altercation in Calgary 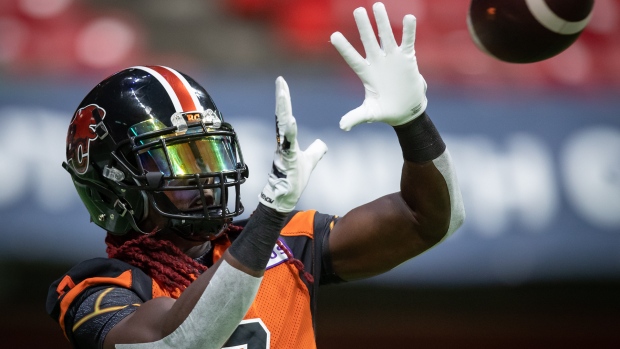 Several players from the BC Lions and the Calgary Stampeders were involved in a verbal altercation in a parking lot at McMahon Stadium following the Lions 31-29 overtime victory on Saturday evening, according to police.

The incident is apparently linked to an on-field punch thrown by Stampeders linebacker Cameron Judge at the conclusion of the game, which has resulted in a one game suspension.

“The disciplinary measure is a result of Judge violating the league’s player code of conduct by punching BC Lions receiver Lucky Whitehead on the field following the teams’ Week 15 contest,” the Canadian Football League said in a statement.

Post-game video shows several players from each team involved in a skirmish and then Whitehead getting up from the turf and looking a little dazed.

Later on Twitter, Whitehead accused Judge of sucker-punching him.

The two teams are set to meet again at BC Place on Saturday.

Prior to the announcement of Judge’s suspension, Whitehead again took to social media to say he really hopes Judge travels with the Stampeders to the upcoming game.

And I Pray he travels next week!
Cause he could’ve said something at halftime when we have to cross paths to go into the locker room! You Hit me then run into you locker room! Don’t talk shit on the field if you can’t handle it https://t.co/bWyVJ8uaHh

He also implied the confrontation began with on-field trash talking.

The Calgary Police Service said the parking lot confrontation did not escalate to a physical fight and officers who were present were able to diffuse it.

CPS said there are no allegations of criminal activity stemming from the heated yelling match and no investigation has been opened as a result.

With last week’s victory, the BC Lions maintained their hold on second-place in the CFL’s West Division leaving them two points clear of the third-place Stampeders.