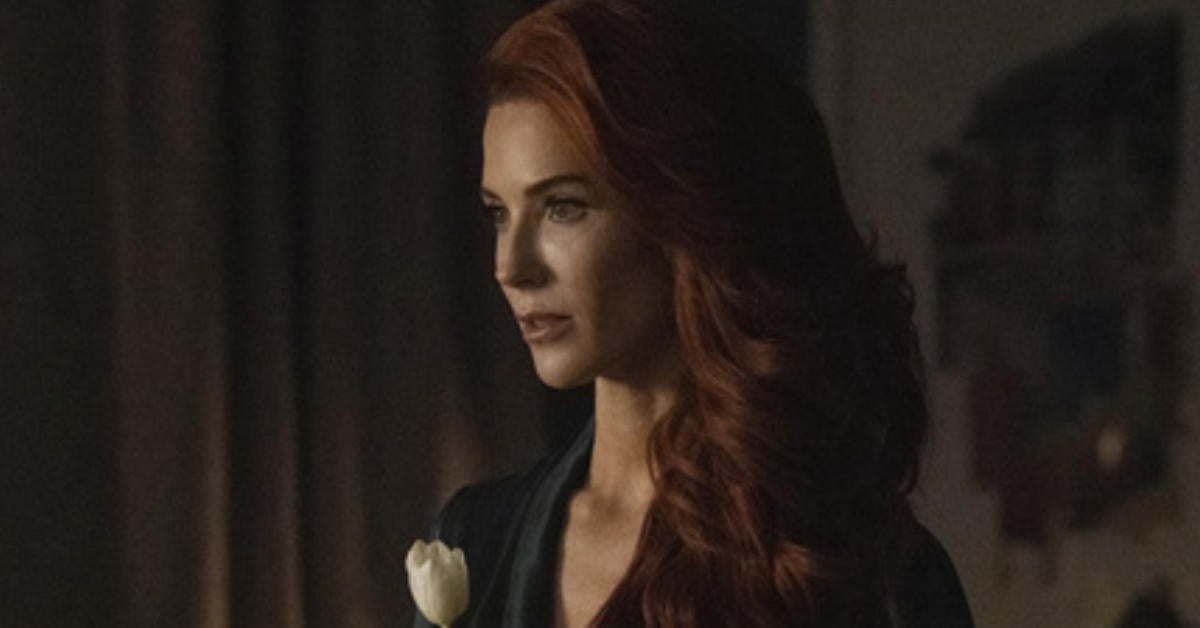 Batwoman will return from midseason hiatus later this week, and the second half of its third season definitely has a lot of narrative ground to cover. Among that is the show’s take on Poison Ivy — both the “Poison Mary” that Mary Hamilton (Nicole Kang) has become, and the lingering question of Pamela Isley (Bridget Regan). While Regan has yet to make an appearance on Batwoman, her debut on the show has been heavily-hyped, and a new series of photos revealed by TVLine provide an unexpected look at her debut. In particular, one photo reveals Regan in her Poison Ivy costume, which bares a strong resemblance to the one Ivy wore in the “Arkhamverse” of Batman video games.

“I wanted long hair, long nails, long lashes just like she’s growing – she is a plant,” Regan revealed to TVLine.

“I based everything on [the] idea that plants are better than people, and that was it,” Regan added. “I was really drawn to her mission. I was drawn to this metamorphosis that she’s gone through – her extreme commitment to that mission, how radicalized she is, how passionate she is.”

Regan’s Poison Ivy is described as former botany student of Gotham University described as a passionate, brilliant scientist with a mind for changing the world for the better. But her plans shifted when she was experimented on by a colleague, injected with various plant toxins which turned her into the infamous Batman villain Poison Ivy. With a formidable power coursing through her veins, Pamela used her powers to do what she thought was right, even if Batman and those closest to her disagreed with her dangerous methods. Now effectively wiped off the board for years, Batwoman and the Bat Team must prepare themselves for Poison Ivy to return with a vengeance.

Are you excited for Bridget Regan’s Poison Ivy to debut on Season 3 of Batwoman? What do you think of these first-look photos? Share your thoughts with us in the comments below!

Season 3 of Batwoman will return on Wednesday, January 12th at 9/8c on The CW.

Denial of responsibility! NewsConcerns is an automatic aggregator of the all world’s media. In each content, the hyperlink to the primary source is specified. All trademarks belong to their rightful owners, all materials to their authors. If you are the owner of the content and do not want us to publish your materials, please contact us by email – admin@newsconcerns.com. The content will be deleted within 24 hours.
BatwomanBridget ReganPoison Ivy (DC)(Post Flashpoint)Poison Ivy / Pamela IsleyThe CW
0
Share