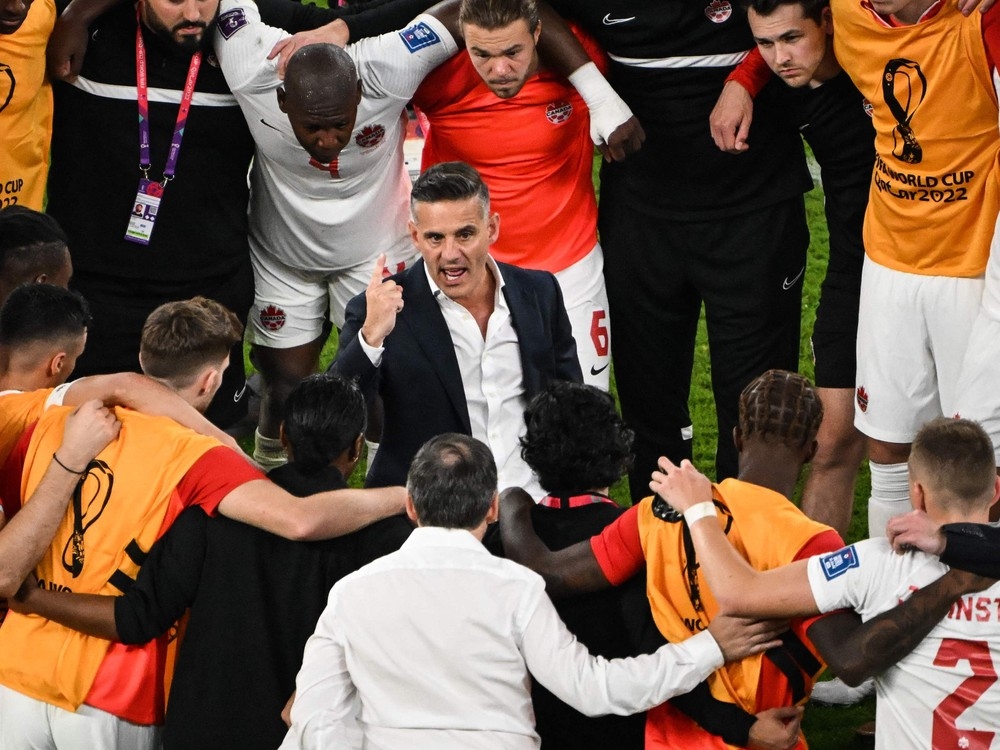 DOHA, Qatar — Canada pretty much shocked the world with its performance against Belgium in its opening game of the 2022 FIFA World Cup.

Yet, heading into the contest, Canada got some unworldly advice from Canadian astronaut Chris Hadfield, invited to speak to the group prior to the game.

“That was a special moment for all of us; just basically him taking us through what it took for him to get into the mind-frame to go and do what he did,” Canadian captain Atiba Hutchinson said on Thursday. “What he spoke about was exactly what we were going through, so we could relate to it so much. I don’t think there is any better person that could have been in that room to help us prepare for that game.”

Canada had not played in a World Cup for 36 years prior to opening the 2022 tournament against Belgium at the Ahmad Bin Ali Stadium, up the road in the district of Al Rayyan.

“It was an amazing idea from John (Canada manager Herdman) to have someone of that magnitude come out and speak to us,” Hutchinson said. “He could just see it in our eyes how much it meant to us, and he got us in the right state of mind to go out and do what we’ve been speaking of doing of the last couple of week. It was amazing and just to hear the journey had had gone through, it was really cool.”

When a country has not played at the tournament in 36 years, there are plenty of unknown factors for opponents heading in to face them. But there could not have been any way Belgium was expecting Canada to push forward the way it did from the opening kickoff and take the game to the World Cup semifinalists from four years ago and one of the tournament favourites for this year’s event.

Canada went out and dominated the game the way few people expected and had Belgium on its heels from the onset.

Canada had an excellent chance to open the scoring when awarded a penalty 10 minutes into the contest after a shot from Tajon Buchanan hit the outstretched arm of Belgian midfielder Yannick Carrasco.

Alphonso Davies stepped up to take the kick, but was stopped by goalkeeper Thibaut Courtois. The Real Madrid standout is considered among the best in the world and was called on often to make big saves for his national team.

“I met Chris back in 2013, we were in the same speakers’ bureau,” Herdman said Thursday. “I was told that I had to listen to him because he was the best in the business. I thought I was a half-decent motivational speaker and then I watched him on stage and he was playing the guitar and he was singing and I thought, ‘man he can do it all,’

“He said some things that really resonated with me at the time, a few pennies dropped around his story and his pioneering and being that nine-year-old kid that dream of going into space and how deliberate he was to go on that journey.”

As pioneers themselves, qualifying for the World Cup for the first time since 1986, Herdman wanted a national pioneer to come and speak to the team. Wales has actor Michael Sheen, who delivered a rousing motivational speech on live British television a few months ago, and Canada has Hadfield, who spent time at the International Space Station.

“I brought him here to share his pioneering story of binging that man who did what he did. It as brilliant he’s just an amazing human being.”

Canadians were out in full force at the game. The well-travelled group were in great voice, joined by a number of ex-pats, who now call Qatar home.

“I thought it was incredible and it was pretty surprising as well to see the amount of travelers we had and the amount of Canadian flags, it was tough to spot the Belgian fans,” said Canada defender Kamal Miller. “Right away they carried us, from the moment we walked out on the pitch, the reception we got it gave us goosebumps.

“It felt like a home game, honestly, it was like having that 12th man and the crowd definitely did their part, which pushed us through the whole game.”

Canada could have had a second penalty awarded in the first half, but a refereeing mistake denied a chance for VAR to look at a possible foul on Buchanan in the box by Jan Vertonghen shortly after Davies had his penalty stopped.

A ball was played back to Buchanan by Eden Hazard in the Belgian box, which negates the fact the Canadian striker was in an offside position.

The assistant flagged Buchanan for offside and the referee obliged by blowing the play dead prior to Hutchinson being fouled.

Italian Federico Bernardeschi, who plays for Toronto FC, was not happy with the refereeing mistake.

“What is this? It’s useless to have cutting-edge technologies if you don’t call penalties of this kind … It’s not possible in a world championship to make mistakes of this magnitude, you escape what is seen live by the referee, however, you can’t ignore technology in a competition where details make the difference, you can’t make mistakes like this.”

Postmedia’s soccer expert Derek Van Diest is on the ground in Qatar to cover every kickoff of the 2022 FIFA World Cup. Subscribe today and get access to all his coverage.

Equity ETFs can now be used as collateral