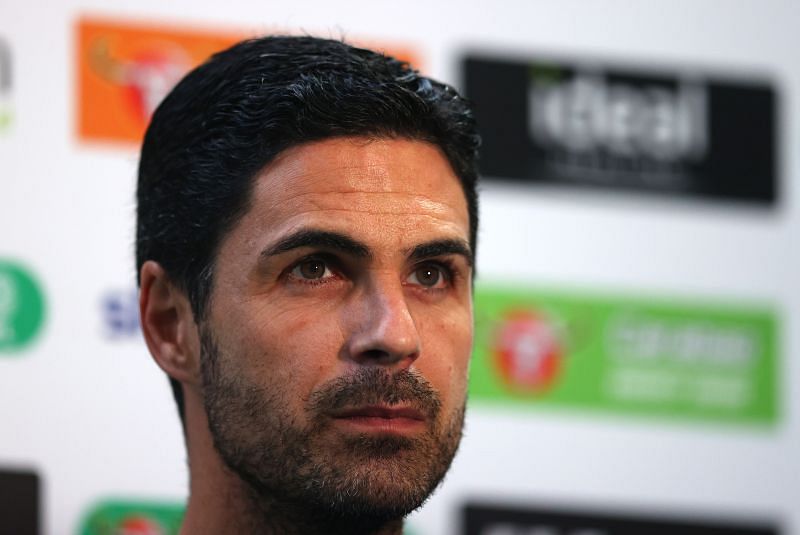 Arsenal’s recent winning run came to a stop against Brighton and Hove Albion on Saturday, with the game ending 0-0.

The Gunners failed to break a resolute Seagulls backline and the home side even came close to securing all three points.

Arsenal are planning a move for a Manchester City attacker. The Gunners are locked in a three-way battle with a La Liga star, who has previously been linked with a move to the Emirates.

On that note, let’s take a look at the major Arsenal transfer news from October 3, 2021.

Arsenal are planning a move for Raheem Sterling, according to The Express. Mikel Arteta views the Englishman as a perfect fit for his tactics and is pushing to get him to the Emirates.

Sterling has dropped down the pecking order at the Etihad and is no longer guaranteed a place in the starting XI under Pep Guardiola. The Gunners believe they have a chance of prising him away.

Arsenal’s struggles in front of goal were evident once again this weekend against Brighton and Hove Albion. The Gunners managed just eight shots in the game, compared to the Seagull’s 21, and only two of them were on target.

The London side have scored just five goals in the league this season; only Tottenham Hotspur, who have played a game less, and bottom-placed Norwich City have scored fewer. As such, Arteta’s interest in Sterling is justified.

Good idea for the Gunners? ???? https://t.co/ySEldUEAEP

The Spaniard has worked with the Englishman during their time together at the Etihad. Sterling’s current deal expires in 2023 and talks of an extension have stalled over his wage demands.

City are ready to let him leave next summer unless he signs across the dotted line. Arsenal are banking on Arteta’s excellent relationship with Sterling to secure his services if the opportunity arises.

Raheem Sterling has scored 115 goals and provided 88 assists in 301 games since joining Manchester City in 2015. This season, however, he has only managed a solitary goal and assist in nine appearances.

Gunners involved in a three-way battle for Nabil Fekir

Arsenal are locked in a three-way battle with Everton and West Ham United for Nabil Fekir, according to The Hard Tackle via Fichajes.

The Gunners have been linked with a move for the Frenchman over the past couple of summers. Fekir was close to moving to the Emirates in the summer of 2020, but a move failed to materialize.

Arsenal briefly explored a move for the 28-year-old this summer, before opting for Martin Odegaard. However, Fekir’s outstanding start to the season has turned the Gunners’ head.

The Frenchman scored six goals and provided five assists in 38 appearances for Real Betis in the 2020-21 season. Fekir’s current deal expires in the summer of 2023 but he’s expected to sign a new deal with the Spanish club soon.

Kevin Campbell has accused Mikel Arteta of causing Nicolas Pepe’s decline. Speaking to TalkSPORT, as relayed by The Hard Tackle, the former Arsenal striker claimed the Ivorian is regressing under the Spaniard

Denial of responsibility! NewsConcerns is an automatic aggregator of the all world’s media. In each content, the hyperlink to the primary source is specified. All trademarks belong to their rightful owners, all materials to their authors. If you are the owner of the content and do not want us to publish your materials, please contact us by email – [email protected]. The content will be deleted within 24 hours.
ArsenalArsenal Transfer NewsEPL 2021-22EPL Transfer News & RumorsFootballFootball Transfer NewsManchester CityNabil Fekir
0
Share