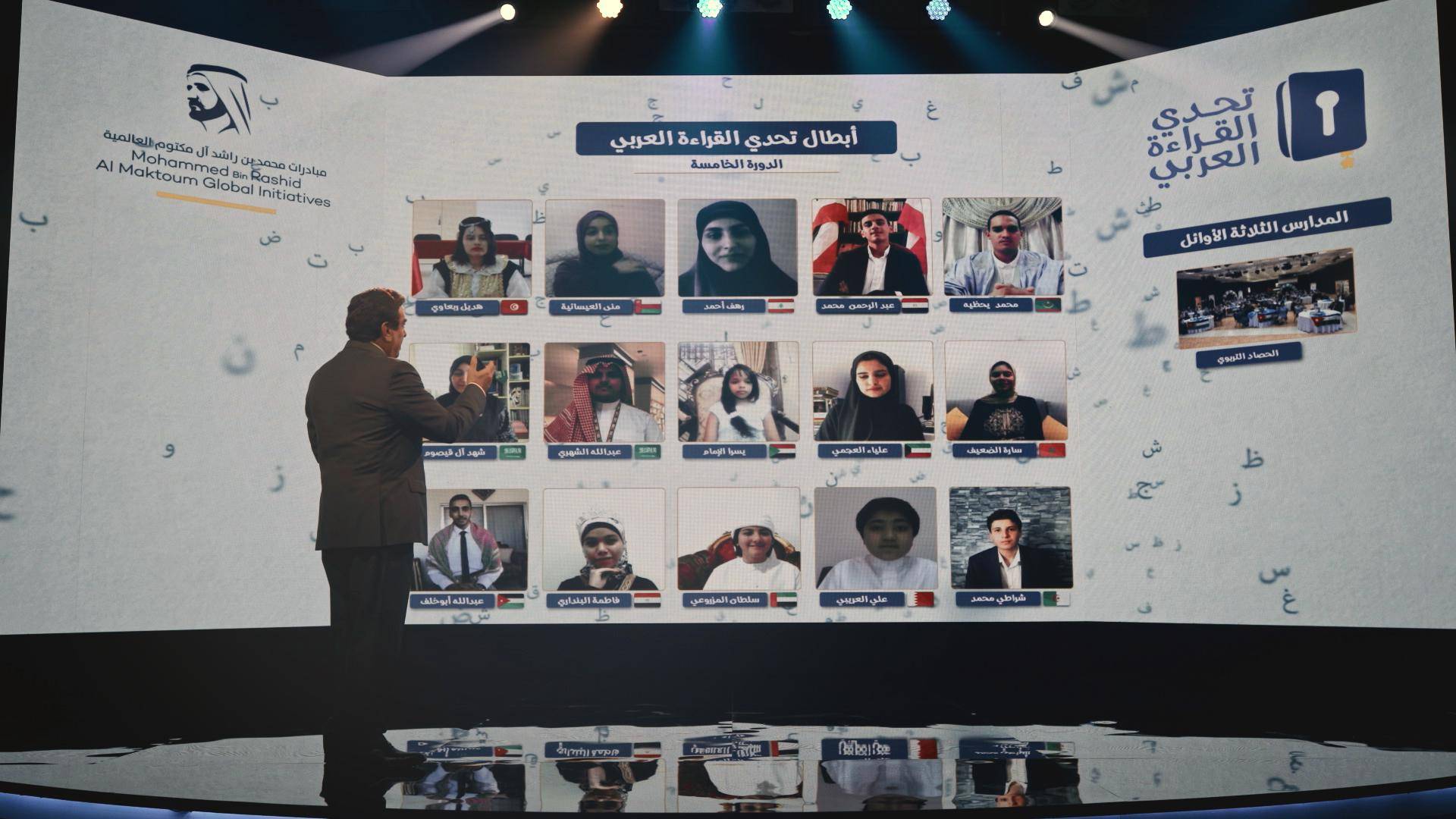 The fifth Arab Reading Challenge is the largest edition to date, despite challenges posed by the pandemic.

A Jordanian teenager read his way to half-a-million dirhams as he was declared the winner of Arab Reading Challenge 2021. Abdullah Abu Khalaf, 17, outperformed 21 million participants from 52 countries in the annual challenge’s fifth edition.

In all, cash prizes worth Dh11 million were given away during the live TV ceremony that saw His Highness Sheikh Mohammed bin Rashid Al Maktoum, Vice-President and Prime Minister of the UAE and Ruler of Dubai, deliver an inspirational speech.

Egypt’s Al Ghoraib School for Basic Education won the Dh1 million ‘Best School’ award. Out of 96,000 others, the school was deemed the best in making reading an integral part of students’ lifestyle.

Moza Al Ghanna from the UAE bagged the Dh300,000 ‘Outstanding Supervisor’ award for keeping her wards’ reading levels high, especially amid the Covid-19 pandemic. She was selected from 120,000 participating supervisors in this year’s challenge.

A hero with special needs

In the category of Arab students living in foreign countries, Alexander Voros from Italy was declared the champion.

Voros, a teenager with special needs, took home a prize of Dh100,000. He inspired millions with his persistence and determination to learn the Arabic language, which is not his mother tongue.

Sheikh Mohammed: We will see you soon in UAE

During the event, Sheikh Mohammed bin Rashid highlighted how the passion for the Arabic language flourished even during the Covid-19 pandemic.

“I would have loved to meet the finalists like I do every year in the UAE, but the circumstances posed by pandemic prevented that.

“Reading will remain our shield against any difficult times. We will see you all soon in the UAE.”

The ceremony, hosted by George Kordahi, the recently announced Lebanese Minister of Information, was broadcast on MBC Channel and the Arab Reading Challenge website. It showcased the inspiring journey of participants in this year’s challenge amid the exceptional circumstances posed by the pandemic, demonstrating the power of reading to overcome difficult times.

Winners of the challenge received their awards this year through UAE embassies and diplomatic envoys in their countries.

Abu Khalaf received the news of his win through a surprise visit from Ahmed Ali Al Balushi, the UAE Ambassador to Jordan.

He excelled in successive judging rounds with his confidence and clarity through which he expressed his ideas and opinions.

The winning schools were selected based on their success in inculcating the reading habit among students.

Emirati Moza Al Ghanna was declared the best, while Asma Saqr from Tunisia came in second, and Khaled Al Bukiri from Morocco received the third prize.

The closing ceremony featured an emotional video as a tribute to Al Taher bin Ahmed, the Arab Reading Challenge’s coordinator in Mauritania, who recently passed away after a long struggle with illness.

Bin Ahmed helped encourage thousands of students in Mauritania to take up reading as a habit since the launch of the Arab Reading Challenge in 2015.

The biggest reading challenge by far

The 5th Arab Reading Challenge is the largest edition to date, despite challenges posed by the pandemic.

The 21 million participants from 14 Arab countries and 38 others with Arab diaspora represent a 55.5 per cent growth from the previous year’s 13.5 million from 49 countries.

This year’s event introduced electronic summaries instead of paper ones. Each eligible participant had to read and summarise 50 books in five digital passports (each of which has 10 pages), with each book summarised in one page.

Since its launch in 2015, the challenge has been developing general knowledge among the young generation, reviving the prevalent use of Arabic language and enhancing self-learning skills and analytical, creative and critical thinking.