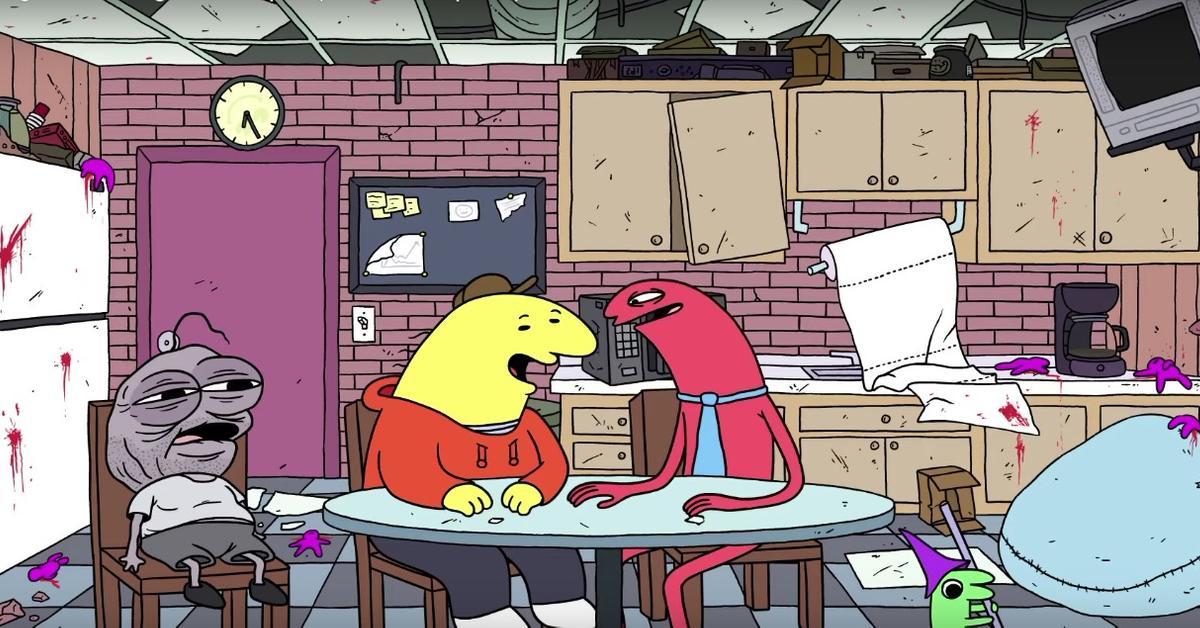 Adult Swim is certainly no stranger to the world of surreal comedy, with the Cartoon Network programming block introducing fans to the likes of Rick And Morty, Aqua Teen Hunger Force, and The Venture Bros as only a few of the countless series that came to light thanks to the cable television platform. Now, their library is set to expand that much further with the series created by Zach Hadel and Michael Cusack in Smiling Friends, which has released a brand new trailer that lets fans know when they can expect the series to arrive on Adult Swim.

The pilot episode for Smiling Friends first introduced us to this bizarre world on April 1st last year, following a company that attempts to help out folks who have fallen into a deep, dark depression. The set-up of the Adult Swim series is as surreal as its designs as it managed to blend hilarious story beats alongside unsettling imagery. With the release of this new trailer, we see that Charlie and Pim are set to return as the protagonists of the animated series, as new episodes will arrive on January 9th of next year, and with the imagery shown in this video, it’s clear that this series is set to be just as bizarre, if not more so, than its pilot.

Adult Swim released the new trailer for Smiling Friends, making it the first new series that the Cartoon Network programming block will introduce in 2022, as fans wait for HBO Max to add new movies for Aqua Teen Hunger Force, Metalocalypse, and Venture Bros to its library as was confirmed earlier this year:

So how many episodes of this wild new animated series can fans expect to see on Adult Swim for its first season? Well creator Zach Hadel previously stated that, including the pilot episode, viewers can expect eight episodes to arrive on Adult Swim. Needless to say, the series is definitely looking to be one of the wildest shows that Adult Swim has introduced to audiences in recent memory, especially based on what we’ve seen in this new trailer.

Are you hyped for the arrival of Smiling Friends next year? What is your favorite Adult Swim series to date? Feel free to let us know in the comments or hit me up directly on Twitter @EVComedy to talk all things comics, anime, and the world of the Smiling Friends.

Denial of responsibility! NewsConcerns is an automatic aggregator of the all world’s media. In each content, the hyperlink to the primary source is specified. All trademarks belong to their rightful owners, all materials to their authors. If you are the owner of the content and do not want us to publish your materials, please contact us by email – admin@newsconcerns.com. The content will be deleted within 24 hours.
Adult SwimCartoon NetworkSmiling Friends
0
Share