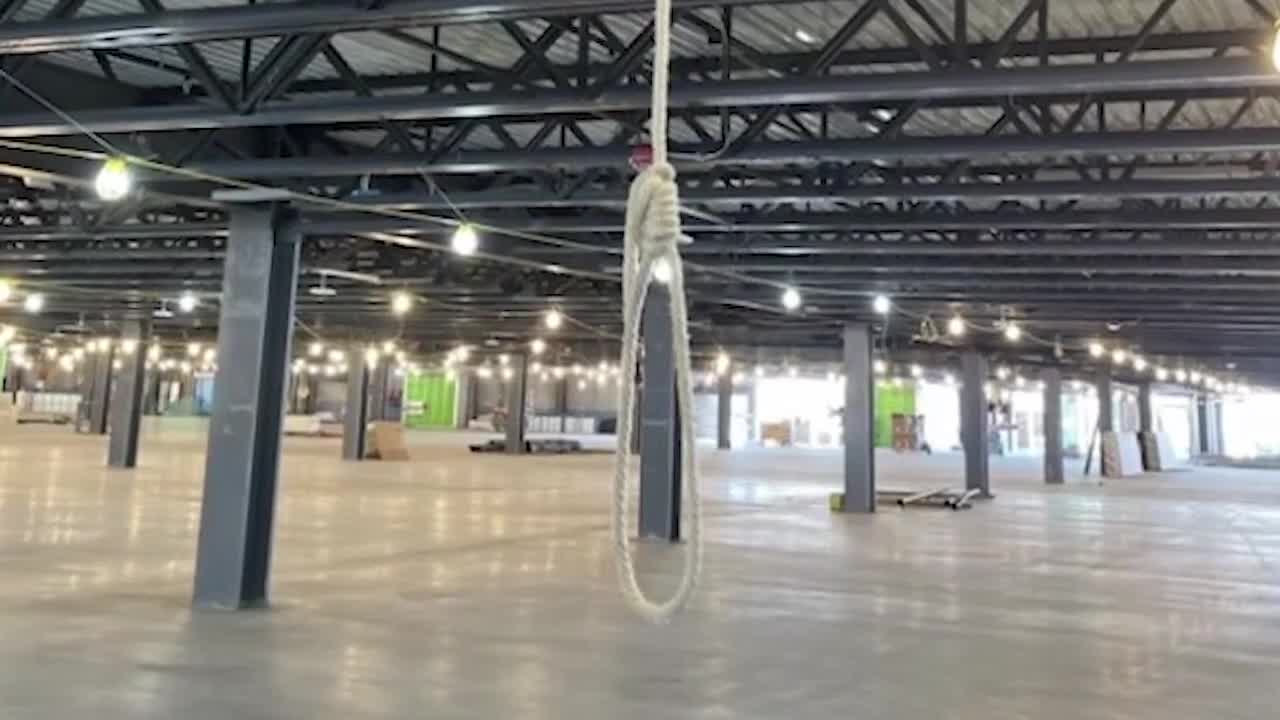 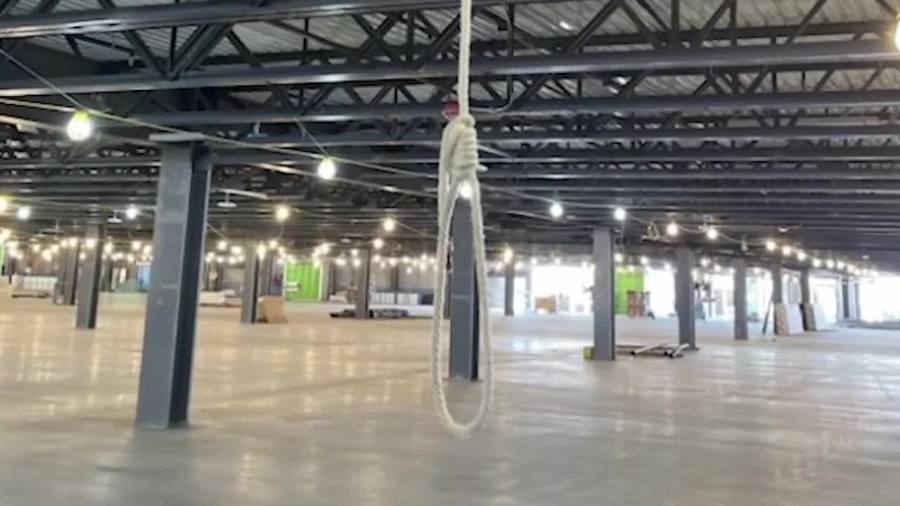 WINDSOR, Conn. (WTNH) – An Amazon construction site in Connecticut is shutting down at least until next week after a seventh noose was found there, according to the NAACP.

The Greater Hartford NAACP on Thursday said they were “outraged that noose number seven” was found at the site in Windsor. The group also addressed other recent forms of hate crimes.

“These forms of hate crimes have had a detrimental stain on the current state of America’s reality and for them to hit so close to home and with such consistency, shows a robust disrespect for the not only human decency but also for our ancestors who lost their lives due to the hate represented within the knots in those ropes,” the NAACP said

Noose, 5 ropes that could be interpreted at nooses found at Amazon construction site in Connecticut

According to police, on Wednesday at 12:56 p.m., a rope that could be interpreted as a noose was reported hanging within overhead beams on the site.

“The New Haven Division of the FBI is lending its resources and support to the Windsor PD for this ongoing investigation,” said FBI Special Agent David Sundberg. “The implications of a hanging noose anywhere are unacceptable and will always generate the appropriate investigative response.”

Kelly Nantel of Amazon provided NewsNation with the following statement:

“We continue to be deeply disturbed by the incidents happening at the construction site in Windsor and have ordered it’s shut down until necessary security measures can be put in place. Hate, racism or discrimination have no place in our society and are certainly not tolerated by Amazon — whether at a site under construction like this one, or at one that we operate. We are committed to working with the Town and Windsor Police Department, as well as our development partners, to hold the perpetrators accountable and ensure that all members of our community feel valued, respected and safe.”

There are between 300-500 people on site each day. The NAACP said many of the site’s contractors, including those from the company in charge of hanging steel, are brought in from southern states, which have been commonly associated with racial injustice. The group added that workers at the site have complained about prior racist incidents.

“It’s kind of ironic that they are from Lynchburg, Virginia, and they were brought on the site, and a lot of individuals from Florida and Texas and Georgia from the south have come up here to work on this particular site,” said Scot X. Esdaile, of the NAACP.

Brad Griggs of Amazon said the company expects the site to be shut down at least until Monday.

The NAACP will be meeting with Amazon to talk with workers on the site to listen to their concerns and experiences there.

“We hear a lot of stuff on the job site but it is kept quiet, some guys just want to get a paycheck and go home,” said Carlos Best, an ironworker. “But personally, on this job here, I have seen a lot of racism. This is not the only construction site that these things occur on, and it has to stop.”

There is a $100,000 reward for anyone who provides information that leads to an arrest.

Denial of responsibility! Verve Times is an automatic aggregator of the all world’s media. In each content, the hyperlink to the primary source is specified. All trademarks belong to their rightful owners, all materials to their authors. If you are the owner of the content and do not want us to publish your materials, please contact us by email – [email protected]. The content will be deleted within 24 hours.
Bob WilsonSamaia Hernandez/WTNH and Nexstar Media WireTeresa Pellicano
0
Share