7 games to distract your baby cousins this Thanksgiving 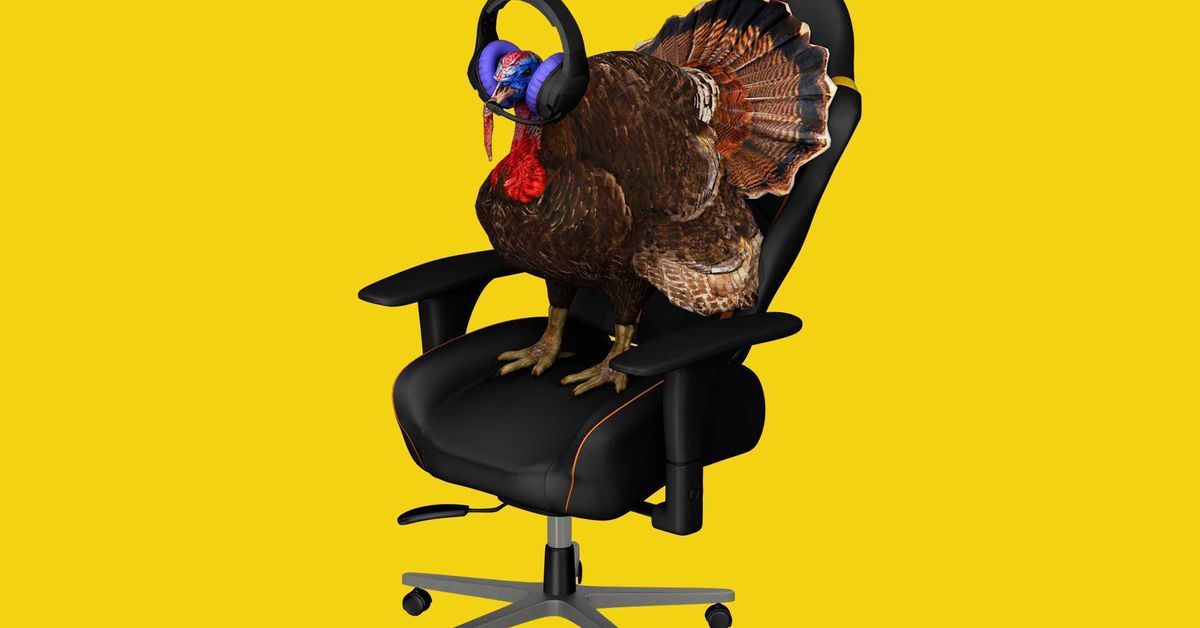 “You got games on your phone?”

It is a question that haunts Black gamers whenever they return home for Thanksgiving dinner. It’s usually asked by a younger relative as the duty to look after them falls to you if you’re still in that awkward age where you’re too grown for the kids’ table but not grown enough for the adult one. You’re the cool, video-game-playing cousin and your younger relatives, much to your chagrin or not, look up to you and want to be like you. So naturally they also want to take part in — or sometimes just take — the activities you enjoy.

So in service of that grand tradition, I’ve crafted a list of games that are fun and easy to play with your sticky-fingered relatives. Most of the games are single-player for those generous (and brave enough) to fully relinquish their gaming device of choice, but I’ve also added a couple of my favorite multiplayer games too. I’ve also designed this list around mobile games to eliminate the need for lugging around bulky consoles, with the exception of a few Switch games, since the console was designed with traveling convenience in mind.

Desta: The Memories Between (Netflix Mobile)

Netflix is really making a serious play for the mobile gaming market and Desta: The Memories Between is a contender for best game on the service. It’s a neat, dodgeball strategy roguelike and its simple touch controls, fun and varied abilities, and the fact that you can ricochet a rubber ball into the face of your enemies will no doubt keep the kiddies entertained for a while. The game’s thoughtful exploration of relationships and gender identity might also be good for those older tweens in need of reassurances in their confusing and tumultuous coming-of-age life.

It is now impossible for me to make a mobile game list without including Marvel Snap. This game is perfect for older kids desiring the kind of collectible card game play of Magic: The Gathering Arena or Hearthstone without the steep learning curve, and perfect for their younger siblings who just like watching their colorful Marvel heroes beat on each other.

Just like with Desta, Oxenfree is one of those exclusively on mobile via Netflix bangers. This game is more for your quiet reader-type cousins — the ones who, like me, always bring a book to the family gatherings to read while everybody else either cooks, cleans, or causes trouble.

My colleague Andrew Webster recommended this Netflix mobile game as it’s one of the games his children enjoy. And honestly, what nine-year-old wouldn’t enjoy trying to make as big a mess in the kitchen as possible playing with frosting and sugar and cake batter?

Alto’s Adventure and its sequel Alto’s Odyssey are endless runner games on Android and iOS. Snow or sandboard through different biomes, doing tricks and flips to rack up the high score. It’s a game perfect for after the big dinner, when the meat sweats hit and you can’t do anything more complex than tap a screen and let that food baby digest.

You can’t go wrong with kids and motion controls. Actually, you can go very, very wrong, but from an entertainment standpoint, motion control games will always be a hit — with the kids and your furniture. Nintendo Switch Sports has six (soon to be seven) games anybody can get the hang of, even your uncle with the bad knee. Just make sure you play far away from your oldest auntie’s Hummel collection.

Imagine a game that’s Iron Chef meets Bejeweled meets Hollow Knight (sorta): that’s Battle Chef Brigade. As a budding chef, you participate in a competition pitting your culinary skills against a gauntlet of challengers to see who’s worthy of joining the prestigious Battle Chef Brigade. Fight monsters for their ingredients then use your match-3 skills to create delicious meals that appease the palates of the judges. I love this game and I’m always going to put it on every list of recommendations I can. Besides, it’s Thanksgiving, why not play a cooking game?

Overcooked All You Can Eat (Nintendo Switch)

Speaking of cooking games… Overcooked All You Can Eat is the anti-recommendation, the troll entry at the bottom of the list included to elicit a laugh. Overcooked games are the breaker of spirits and fracturer of families. It is the video game equivalent of playing Spades or Uno — meant to elicit high drama and damn near violent outbursts. This game is not for the weak of heart or slow of thumbs, but it’s really fun if you’ve got a rowdy crowd.