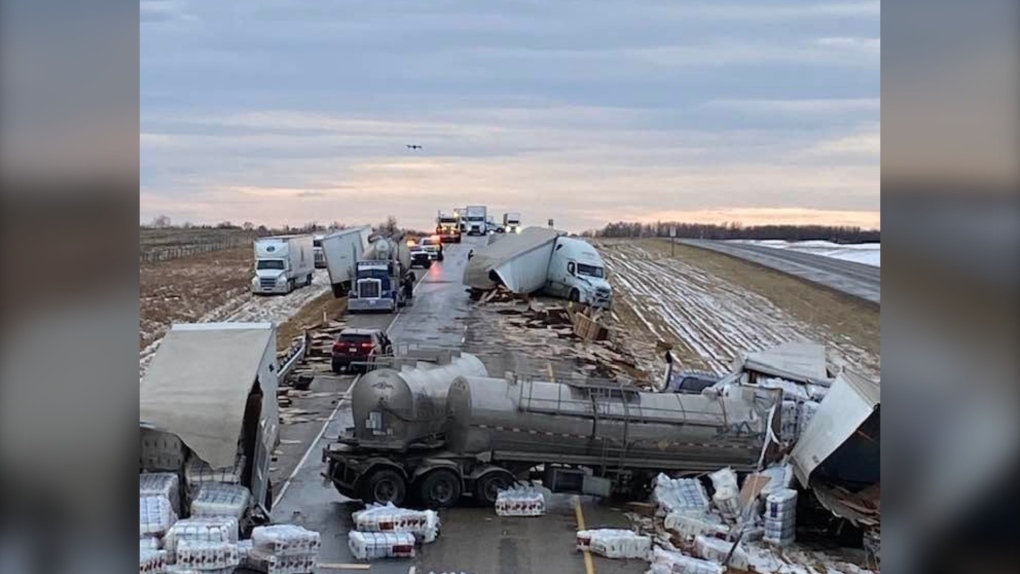 
A person was killed in a pileup between multiple semis on the QEII between Edmonton and Calgary Thursday morning.


RCMP said around 6:15 a.m., a semi reportedly jackknifed and was hit by a second semi north of Ponoka. A third semi couldn’t stop and slid into the others.


One of the semi drivers was killed.


It’s unknown how many vehicles were involved in total.


As of noon, Mounties expected northbound traffic would need to be rerouted at the Highway 53 overpass for several more hours.


Thursday morning, freezing rain iced up roads throughout the Edmonton region. Weather alerts were issued as far north as the M.D.s of Big Lakes and Opportunity, and south to Ponoka. Nearly 60 crashes in Edmonton were reported to city police. RCMP said they received 45 calls in the region where a person was hurt or possibly hurt.


Another crash also involving a semi killed two north of the capital city.